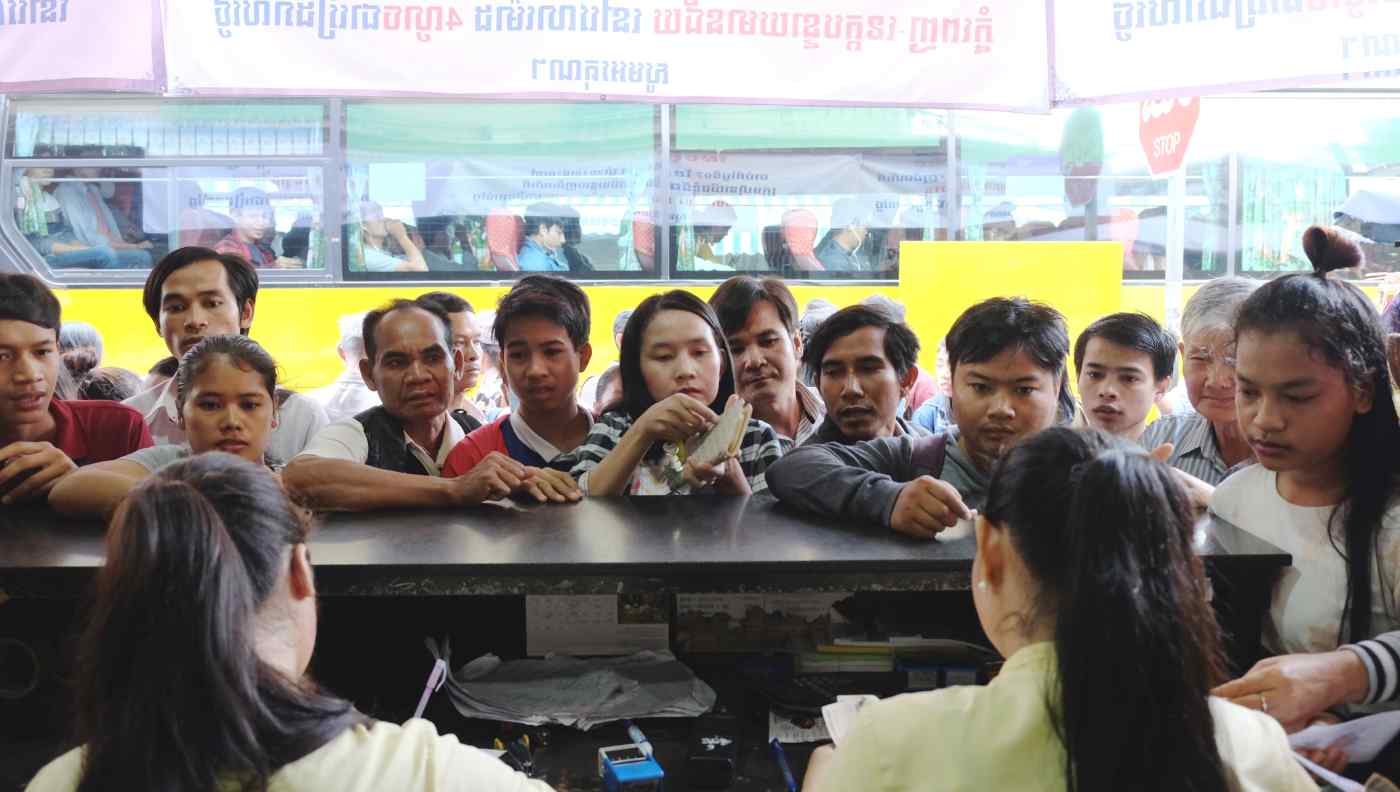 Commuters wait to buy tickets at a Phnom Penh bus station on July 28, the first day of a three-day weekend ordered by the government in an attempt to get people to show up at their local polling stations. (Photo by Yukako Ono)
YUKAKO ONO, Nikkei staff writerJuly 28, 2018 16:57 JST | Myanmar, Cambodia, Laos
CopyCopied

PHNOM PENH -- Thousands of people heading back to their hometowns flocked to bus stations around Cambodia's capital on Saturday, a day before a general election in which only one metric has come to matter -- voter turnout.

Prime Minister Hun Sen's Cambodian People's Party is sure to win now that its main opponent has been outlawed. So in this one-horse race, the prime minister of 33 years needs a high turnout to legitimize his party's assured victory.