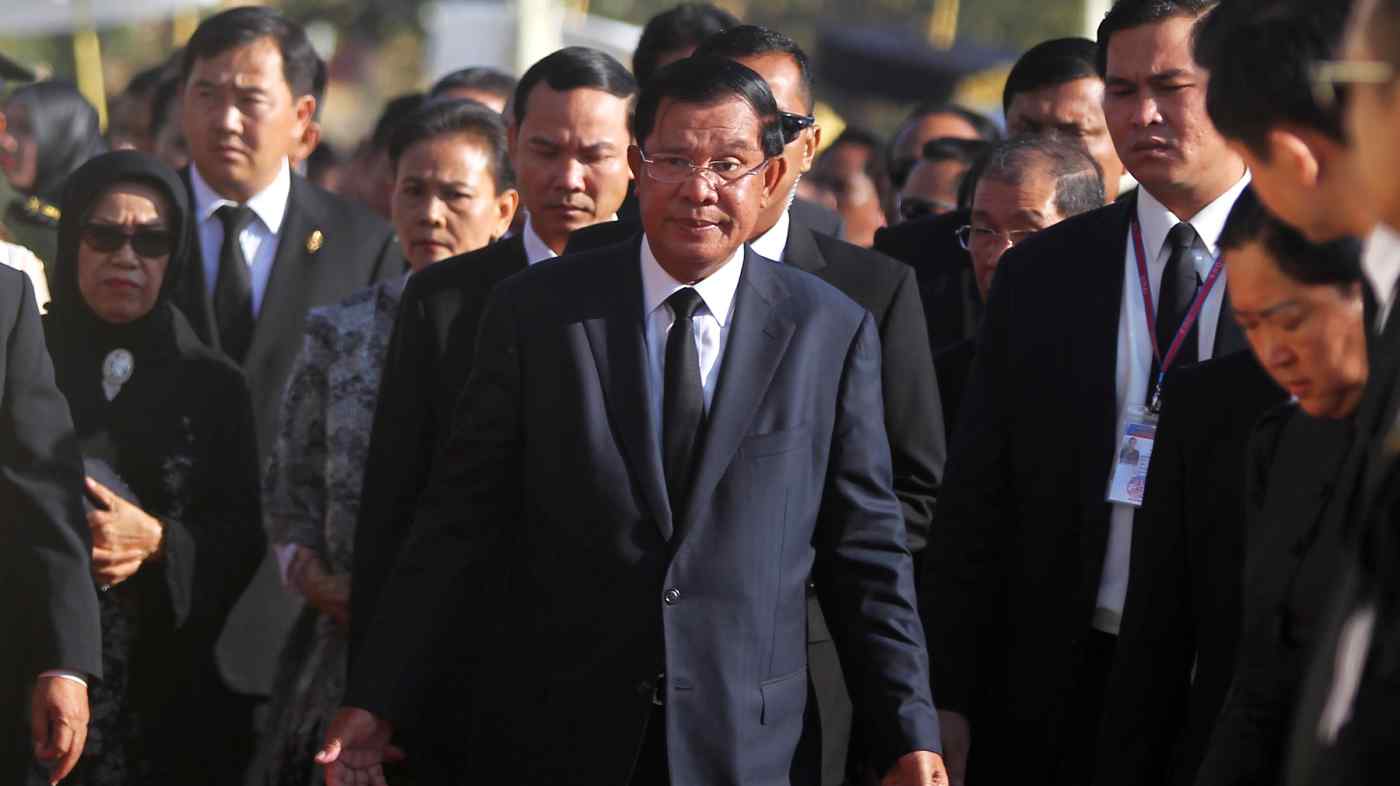 PHNOM PENH -- Self-exiled Cambodian opposition leader Sam Rainsy, who has promised to lead a revolt against his country's government, said he was barred from boarding a Paris-to-Bangkok flight Thursday, while Cambodia's prime minister threatened that his adversary's supporters at home would "suffer."

After four years abroad, Rainsy vowed to return to the Southeast Asian country on Saturday with other leaders of his now-banned Cambodia National Rescue Party, intending to lead an uprising that ends Hun Sen's three-decade rule.