Results' legitimacy questioned due to intimidation and other strong-arm tactics 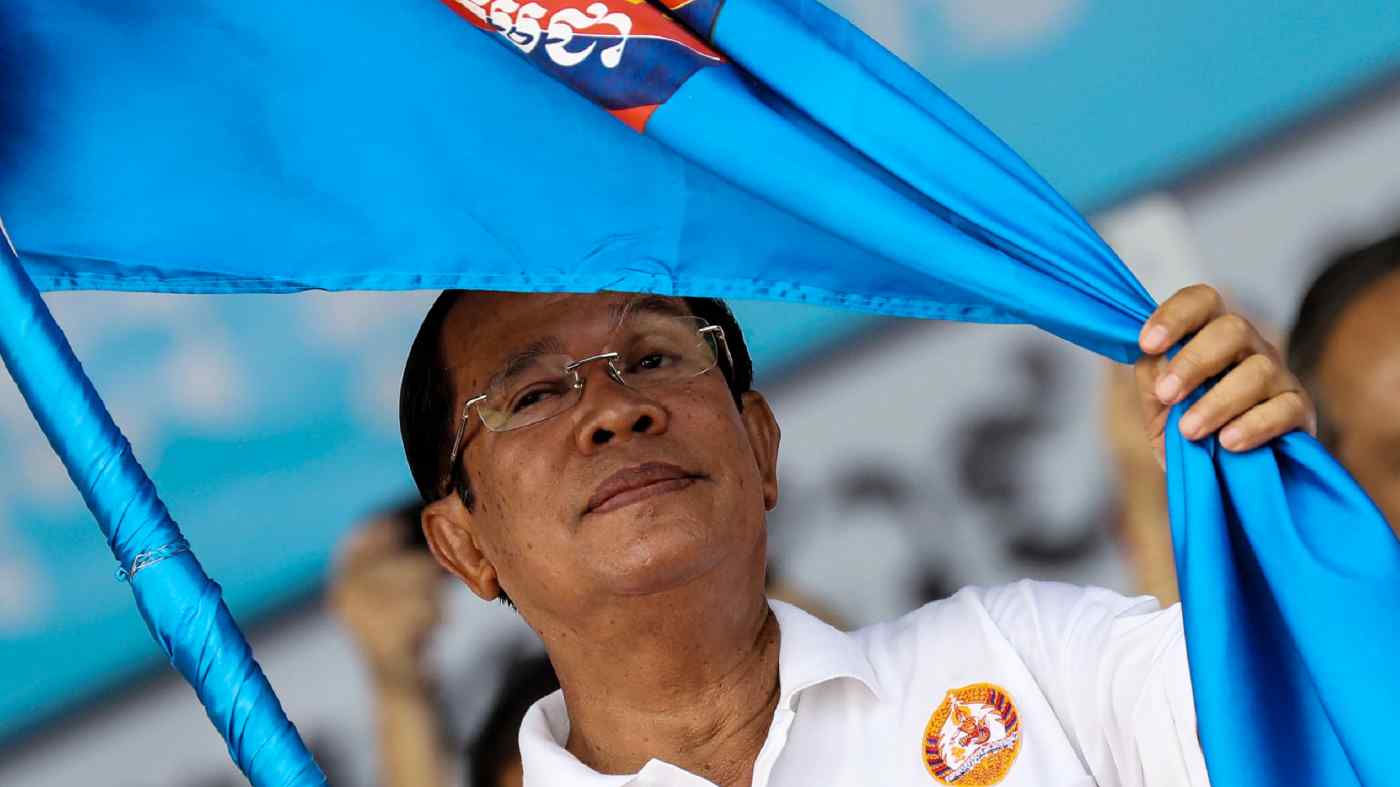 PHNOM PENH -- Cambodia's ruling party won big in Sunday's general election, which despite calls for a boycott from officials of a forcibly dissolved opposition party had a higher voter turnout than the previous national election, back in 2013.

After polls closed at 3 p.m., the National Election Committee announced that 82.17% of the nation's 8.3 million registered voters had turned up to vote. The NEC revised the rate from an initially announced 80.49%.