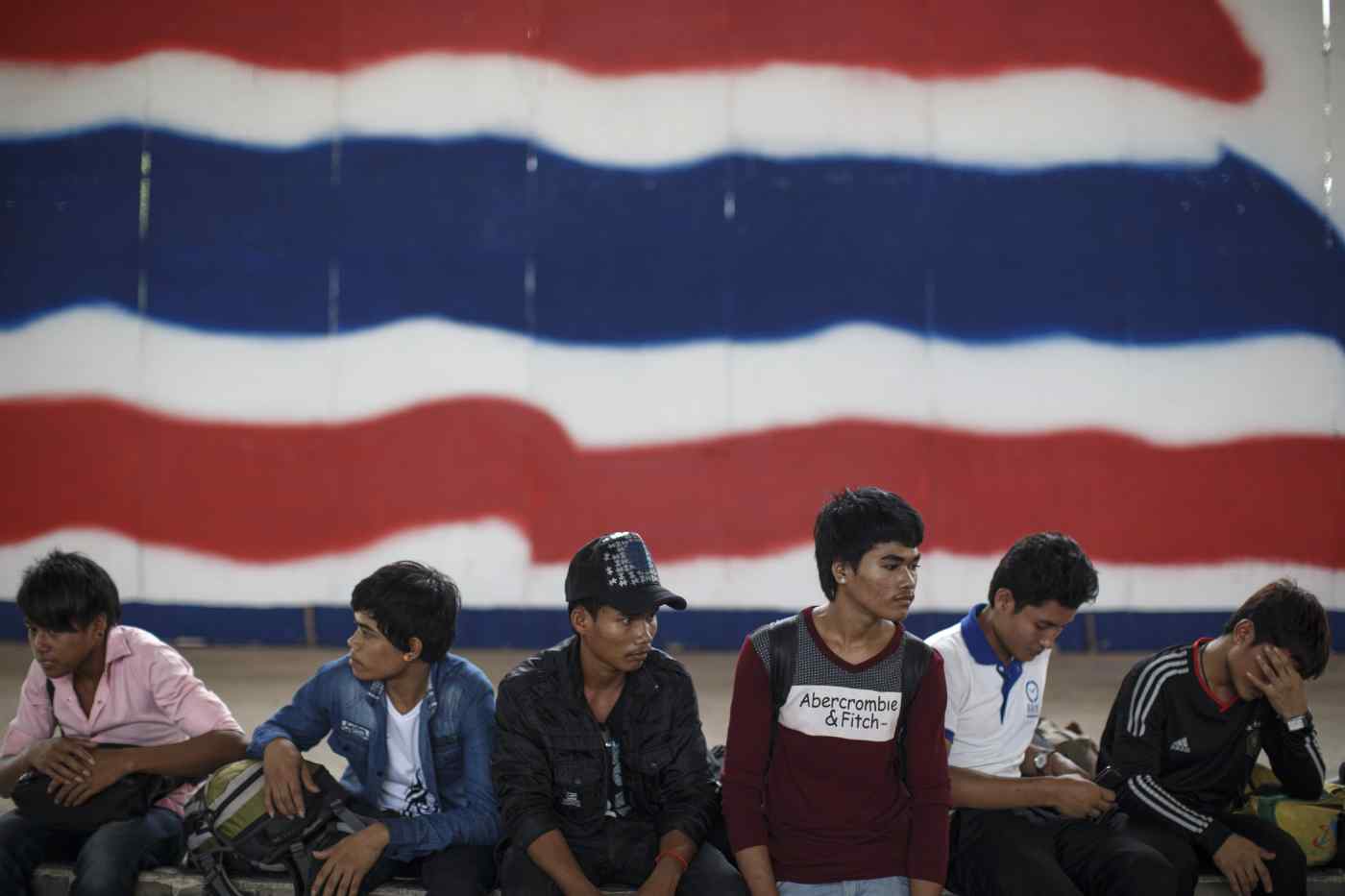 PHNOM PENH -- Despite Thailand's latest effort to stem the flow of migrants, workers from Cambodia continue to cross the border, as they try to flee an economy that offers little reward for their work.

The massive outflow is leaving another problem. The hollowed-out workforce back home could rob the Khmer economy of the productivity it needs to keep growing over the long term.

This month, the Thai government began enforcing strict visa and permit requirements for migrant workers, hitting employers with fines of between $319 and $3,190 per illegal worker. The clampdown comes as Cambodia heads to elections on July 29 that are expected to help Prime Minister Hun Sen to remain in power. The prime minister, though, seems little concerned with updating his country's industries.

At least 1 million Cambodians now work in Thailand. Their numbers spell trouble for their country of 16 million people. Most of the Cambodians who earn wages in Thailand are low- and mid-skilled workers -- the kind of employees who are essential to boosting production and building industries.

In its rush to comply with Thailand's new law, Cambodia's Ministry of Labor and Vocational Training counted 1,070,000 Cambodians working in Thailand as of last month, with about 10,000 additional unregistered workers.

Many migrants say the Thai baht lures them across the border, but Dy Thehoya, program officer at the labor organization Center for Alliance of Labor and Human Rights, said Cambodia's limited number of industries are behind the trend. The country's farms and garment factories do provide jobs, he said, but they are grueling, temporary positions with little pay.

"In Cambodia," Dy Thehoya said, "we do not have enough jobs, and what we do have offer little security. Some people have jobs for just a season, and they don't make enough to live."

Thailand, with its higher-wage manufacturing and agriculture jobs, is pulling many productive workers out of Cambodia. Those left back home can grow dependent on remittances, according to Ou Virak, an economic analyst and founder of the Future Forum think tank in Phnom Penh. The families that do receive remittances are less motivated to work because they are watching children or have come to expect money from relatives with jobs in other countries, he said.

Remittances from Thailand have boosted Cambodia's economy, allowing workers to pay off debts acquired in their hometowns. And many of the workers gain skills while working in Thailand, said Matt van Roosmalen, Cambodia country manager for Emerging Market Consulting.

Based on interviews the consultancy conducted for a survey, van Roosmalen said these workers would be willing to work in Cambodia, even for lower wages, should industries develop.

An On told the Nikkei Asian Review he would prefer to raise ducks in his home province of Siem Reap. But after he lost all his investments on his duck farm, he started assembling snow skis at a factory in Thailand's Chonburi Province, where he can earn at least $250 a month, plus another $100 in overtime. 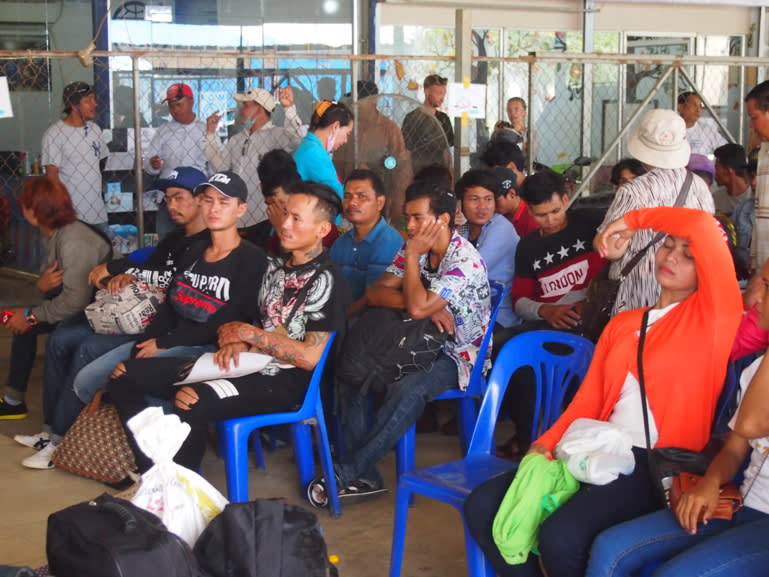 Thailand's new passport and visa requirements have created an ironic situation along the border, where Cambodians going back home are detained, then "deported." (Photo by Danielle Keeton-Olsen)

However, it takes Cambodians years before they can enjoy their Thai salaries. An was picked up in April while on his way to collect his first passport to comply with Thai law and was then deported. He spoke to the Nikkei Asian Review at a deportation drop-off center in the Cambodian border city of Poipet. Paying a broker to arrange for the passport and necessary permits from the Cambodian government has cost him $950.

The cost of migrating limits opportunities for low- and mid-skilled workers, especially now that Thailand's documentation requirements have pushed workers like An to take out new loans.

Cambodian families generally do not see economic improvements from international remittances until about five years after a relative goes abroad, according to a 2017 report by the Cambodia Development Resource Institute.

Sokchar Mom, director of the nongovernmental organization Legal Support for Women and Children, said he has heard multiple concerns from Cambodian businesses about a lack of low- and mid-skilled workers. Still, he speculates that the private sector has the power to bring migrant workers back home by increasing wages.

"I think returning migrants will increase the inflation of labor in Cambodia," he said, "because SMEs and local businesses will have more power to determine salaries."

Prime Minister Hun Sen has acknowledged that Cambodia has a gap in its workforce.

Cambodians go to the polls later this month, and in recent election campaign speeches, Hun Sen lauded Chinese construction projects for their potential to bring in skilled workers who can train and employ Cambodians. However, analysts say the Cambodian government needs to develop the manufacturing sector beyond light industries like garments if it wants to keep productive workers from migrating.

If Cambodia does nothing to entice workers to remain home or to create sustainable industries, Ou said he expects the country to stagnate from a lack of workers, killing its growth potential.

According to the World Bank, economic growth in Cambodia was 6.8% in 2017, compared with 7.0% in 2016. Though the bank projects slight acceleration for 2018, the growth rate has slowed somewhat in the past four years.

"If the economy doesn't grow," Ou said, "and we use the quick fix of sending workers abroad," Cambodia will remain a country with few industries "for the next 20 years."