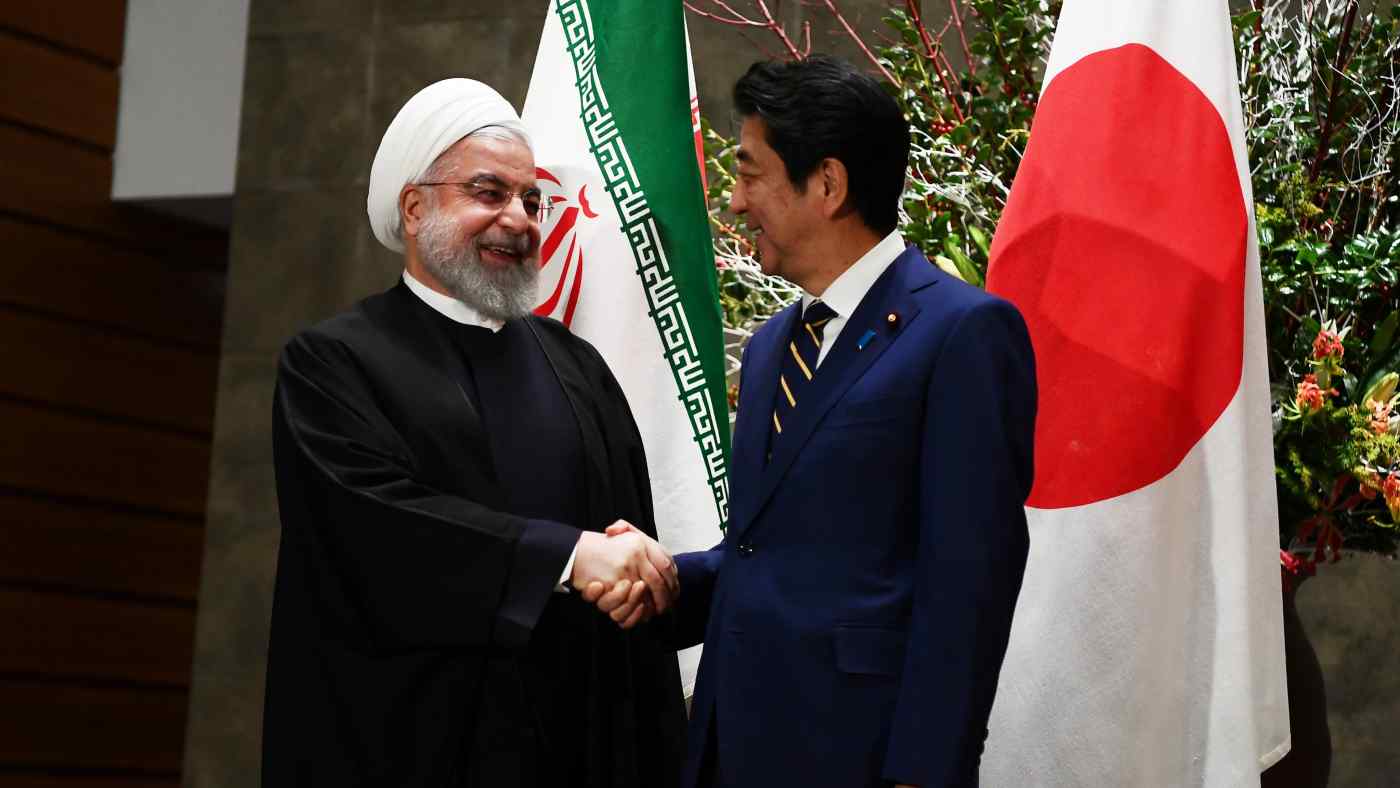 TOKYO -- Japanese Prime Minister Shinzo Abe intends to proceed with a visit to the Middle East starting Saturday, seeking cooperation from regional leaders to calm the situation after the U.S. killing of a top Iranian general.

Abe will travel to Saudi Arabia, the United Arab Emirates and Oman through next Wednesday. "I will make every diplomatic effort to ease tensions and stabilize the region," he told reporters Thursday.

Saudi Arabia and the UAE are members of Operation Sentinel, a U.S.-led effort to protect civilian vessels in the Middle East, while Oman has close ties with Iran.

Abe will also seek the leaders' understanding for Japan's plans to deploy its Self-Defense Forces to the region.

"We have strongly urged restraint from all parties involved," Abe said. Japan is a military ally of the U.S. while maintaining historically friendly ties with Iran.

Japanese broadcaster NHK reported Thursday that the Japanese government had received notice from Iran that its retaliation toward the U.S. has concluded and it has no intention of escalating tensions from its side. This is seen as one reason Abe decided to stick with the Mideast visit.

Japanese Defense Minister Taro Kono is expected to order the deployment of the Takanami destroyer and P-3C patrol aircraft on Friday to help protect ships in the Middle East. The aircraft will leave Okinawa's Naha Air Base on Saturday and will take part in surveillance operations in Middle Eastern waters, as well as anti-piracy operations in the Gulf of Aden. The Takanami will leave Japan in February.

The deployment faces rising concern in Tokyo. At a meeting Thursday, some members of Abe's ruling Liberal Democratic Party said that Middle East tensions have escalated since December, when the cabinet approved the mission. These lawmakers urged full efforts to ensure the safety of the SDF personnel.

"While hoping that the situation does not escalate, we need to carefully weigh the developments," said LDP policy chief Fumio Kishida. He warned of potential effects on the Japanese economy, and said he plans to create a task force to study the party's response.

The opposition is urging the government to scrap the deployment altogether. Major opposition parties held a hearing on Thursday with diplomatic and defense officials.

The Mideast "is on the brink of war," said one lawmaker at the hearing. "We're operating on different assumptions" from when the deployment decision was made.