Asia braces for worst after US strike on Iran's Soleimani 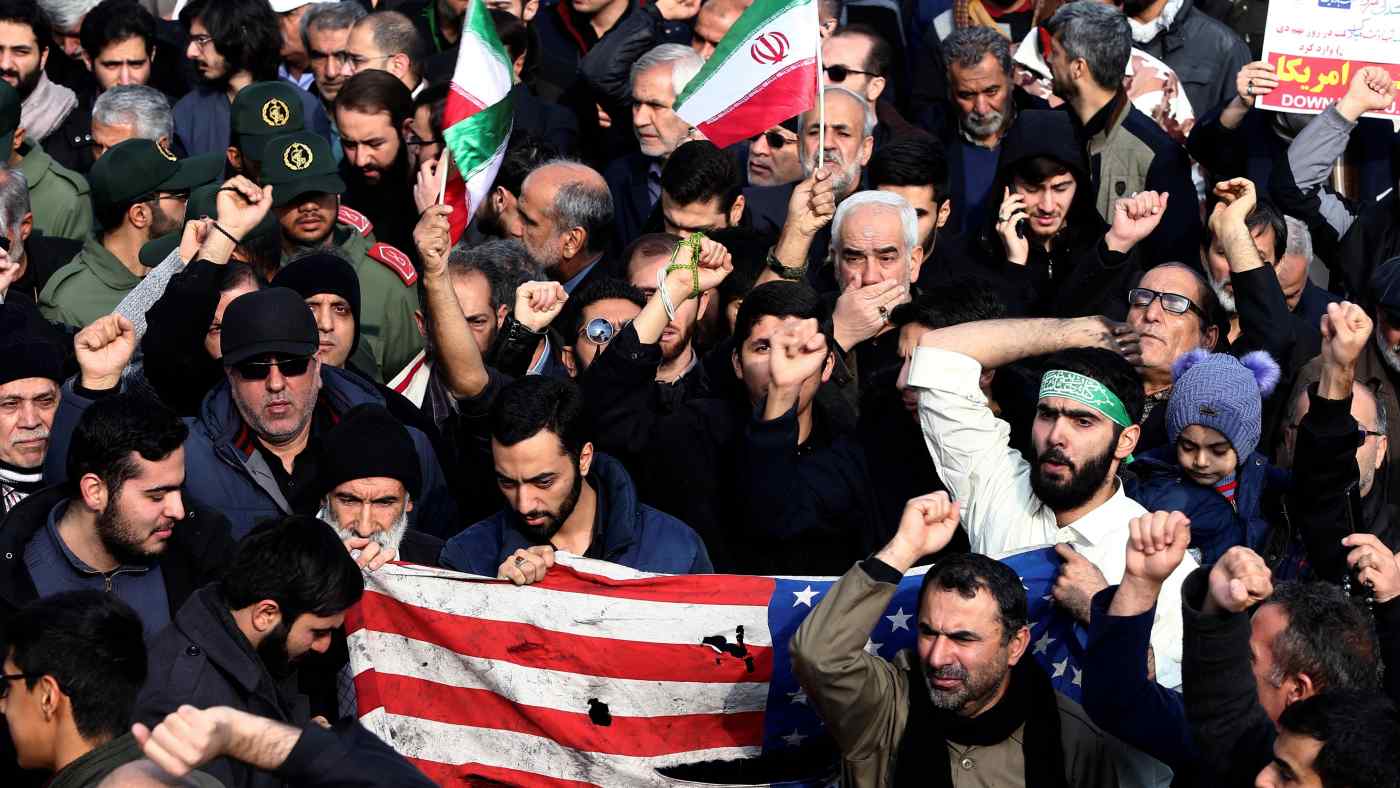 MANILA/JAKARTA/BANGKOK -- Asian governments are warily watching the U.S.-Iran face-off, with the Philippines making preparations to extract thousands of its citizens from the Middle East.

Philippine President Rodrigo Duterte on Sunday afternoon held an emergency meeting with top defense, military and police officials. "The president has tasked the [military] to prepare its air and naval assets to evacuate and bring home our countrymen if and when open hostilities erupt in the Middle East that may endanger their lives," the Defense Department said in a statement.

The statement stressed that the priority is to ensure the safety of 6,000 Filipinos staying in Iraq and 1,600 in Iran.

The U.S. on Friday killed Iran's top general, Qassem Soleimani, in a drone strike at Baghdad's international airport. Iran has vowed to retaliate by targeting American assets, while U.S. President Donald Trump has warned that such action would prompt "very fast and very hard" strikes against 52 Iranian targets.

Tehran on Sunday also declared it will not stick to its commitments in the 2015 nuclear deal with world powers, raising fears of a renewed march toward atomic weapons.

Indonesia's foreign ministry issued a statement on Saturday saying it is "concerned with the escalating situation" and called for its nationals in Iraq to "always exercise caution." It advised the 864 Indonesians there to contact the embassy if they need urgent assistance.

The tensions have implications for Jakarta beyond the welfare of overseas citizens. Oil prices have jumped, putting pressure on the rupiah. The currency fell 0.5% against the dollar on Friday, touching its lowest level in just over a week. The decline continued on Monday, prompting the Indonesian central bank to intervene in the currency market "to stabilize movements," Reuters reported.

Meanwhile, Thai officials and executives in the energy sector held an emergency meeting in Bangkok on Monday. Energy Minister Sonthirat Sontijirawong said the kingdom has around 3 billion liters of spare crude oil in its inventory, enough for around 50 days, and another 100,000 tons of liquified petroleum gas, or 17 days' worth.

Pimchanok Vonkorpon, director-general of Thailand's trade policy and strategy office, said overall Thai exports will face greater headwinds if the situation deteriorates, as the crisis would disrupt not only shipments to the Middle East but possibly Africa as well.

Japan's Prime Minister Shinzo Abe on Monday told reporters he is "deeply concerned." Abe in December had met with Iranian President Hassan Rouhani in Tokyo and discussed ways to de-escalate tensions in the Middle East. His cabinet also approved a deployment of the Self-Defense Forces to the region to watch over Japanese shipping.

Abe said he has no plans to rethink the SDF dispatch. "We will send the Self-Defense Forces and secure the safety of ships related to Japan," he said.

India's foreign affairs minister, Subrahmanyam Jaishankar, tweeted on Sunday that he had spoken on the phone with U.S. Secretary of State Mike Pompeo regarding the "evolving situation in the Gulf region." As the South Asian country depends on Gulf oil, he said he "highlighted India's stakes and concerns" during the call.

China, for its part, adopted a harsher tone on U.S. interventions in the Middle East, with foreign ministry spokesman Geng Shuang on Monday criticizing Washington for aggravating regional instability, according to Reuters. Beijing urged all sides to seek peace and stability.

Erdogan revealed to the media that he has spoken with several leaders since the drone strike, including Rouhani. "I advised restraint," Erdogan said of his call with the Iranian president. "There is no other solution."

But in a thinly veiled rebuke of the U.S., he said, "The Middle East is very tired and some are doing their best to make the region a lake of blood all the time."