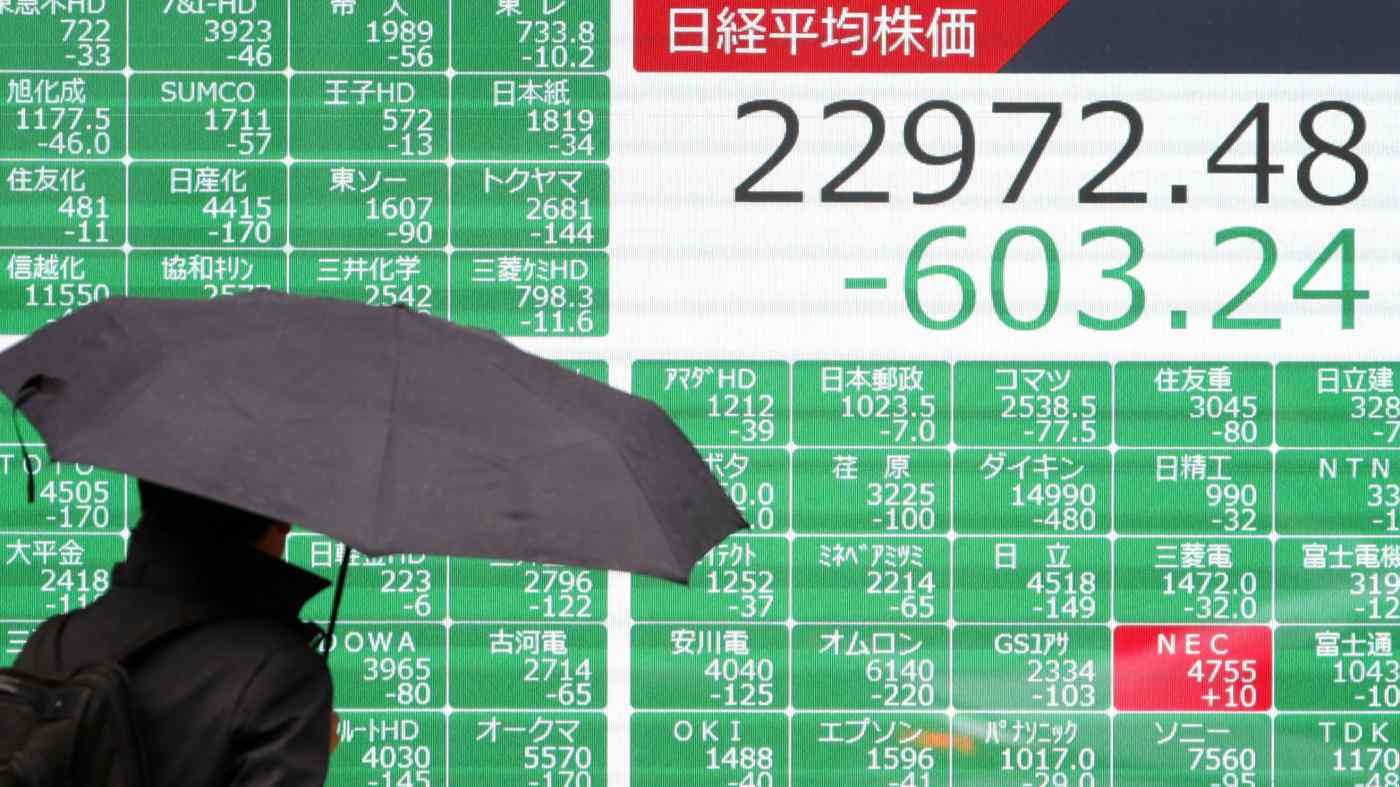 TOKYO -- Major Asian stock indexes fell on Wednesday, after news reports of Iran's ballistic missile attacks against U.S.-led forces in Iraq in retaliation for the Jan. 3 killing of a top Iranian commander in an American drone strike.

Rising tensions between Tehran and Washington caused investors to dump equities and flee to safer assets. The Japanese yen surged to a three-month high in the early morning, strengthening to 107.76 per dollar.