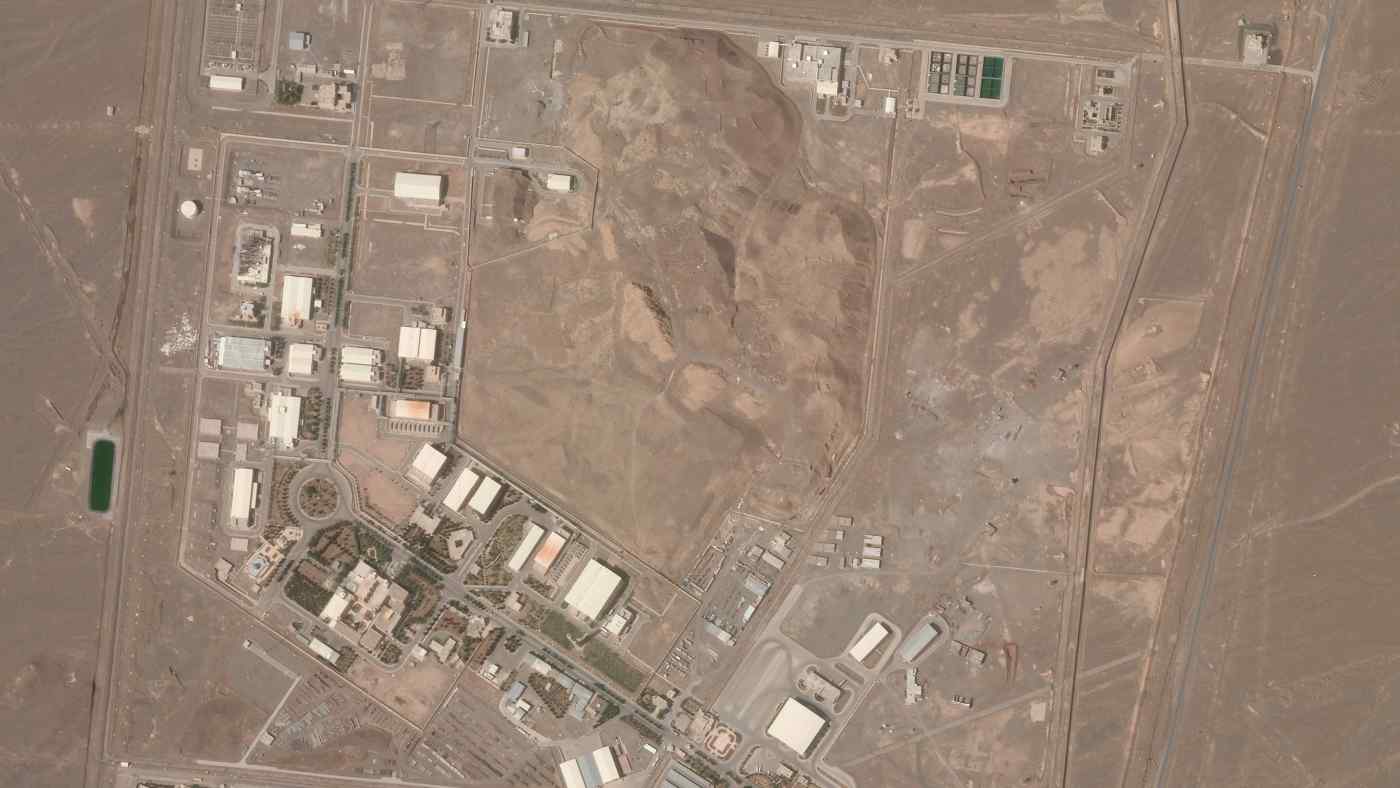 TEHRAN, Iran (AP) -- Iran's Natanz nuclear site suffered a problem Sunday involving its electrical distribution grid just hours after starting up new advanced centrifuges that more quickly enrich uranium, state TV reported. It was the latest incident to strike one of Tehran's most secure sites amid negotiations over the tattered atomic accord with world powers.

"Kamalvandi said fortunately the incident has not caused any human damage or contamination," a state TV anchorwoman said. "The cause of the incident is under investigation."

The word state television used in its report attributed to Kamalvandi in Farsi also can be used for "accident."

The Atomic Energy Organization of Iran, the civilian arm of its nuclear program, later published a statement using the same wording as the TV report, without elaborating.

Natanz suffered a mysterious explosion in July that authorities later described as sabotage. Israel, Iran's regional archenemy, has been suspected of carrying out an attack there, as well as launching other assaults, as world powers now negotiate with Tehran in Vienna over its nuclear deal. 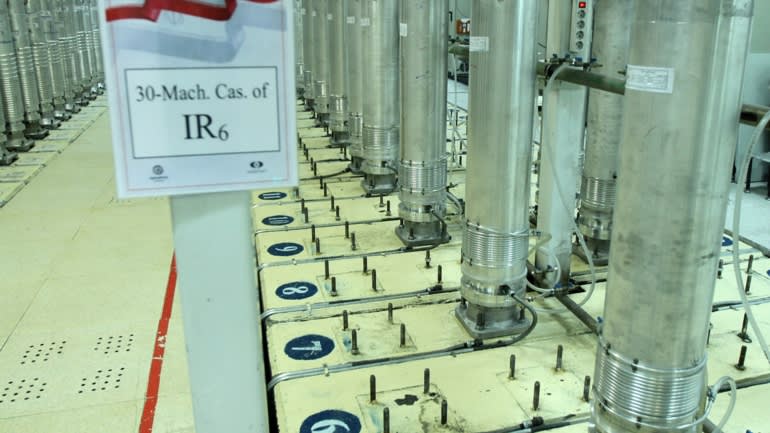 Iran also blamed Israel for the killing of a scientist who began the country's military nuclear program decades earlier. Israel has not claimed any of the attacks, though Prime Minister Benjamin Netanyahu repeatedly has described Iran as the major threat faced by his country in recent weeks. Israeli officials could not be immediately reached for comment Sunday.

On Saturday, Iran announced it had launched a chain of 164 IR-6 centrifuges at the plant, injecting them with the uranium gas and beginning their rapid spinning. Officials also began testing the IR-9 centrifuge, which they say will enrich uranium 50 times faster than Iran's first-generation centrifuges, the IR-1. The nuclear deal limited Iran to using only IR-1s for enrichment.

Since then-President Donald Trump's withdrawal from the Iran nuclear deal in 2018, Tehran has abandoned all the limits of its uranium stockpile. It now enriches up to 20% purity, a technical step away from weapons-grade levels of 90%. Iran maintains its atomic program is for peaceful purposes, but fears about Tehran having the ability to make a bomb saw world powers reach the deal with the Islamic Republic in 2015.

The deal lifted economic sanctions on Iran in exchange for it limiting its program and allowing inspectors from the International Atomic Energy Agency to keep a close watch on its work.

On Tuesday, an Iranian cargo ship said to serve as a floating base for Iran's paramilitary Revolutionary Guard forces off the coast of Yemen was struck by an explosion, likely from a limpet mine. Iran has blamed Israel for the blast. That attack escalated a long-running shadow war in Mideast waterways targeting shipping in the region.