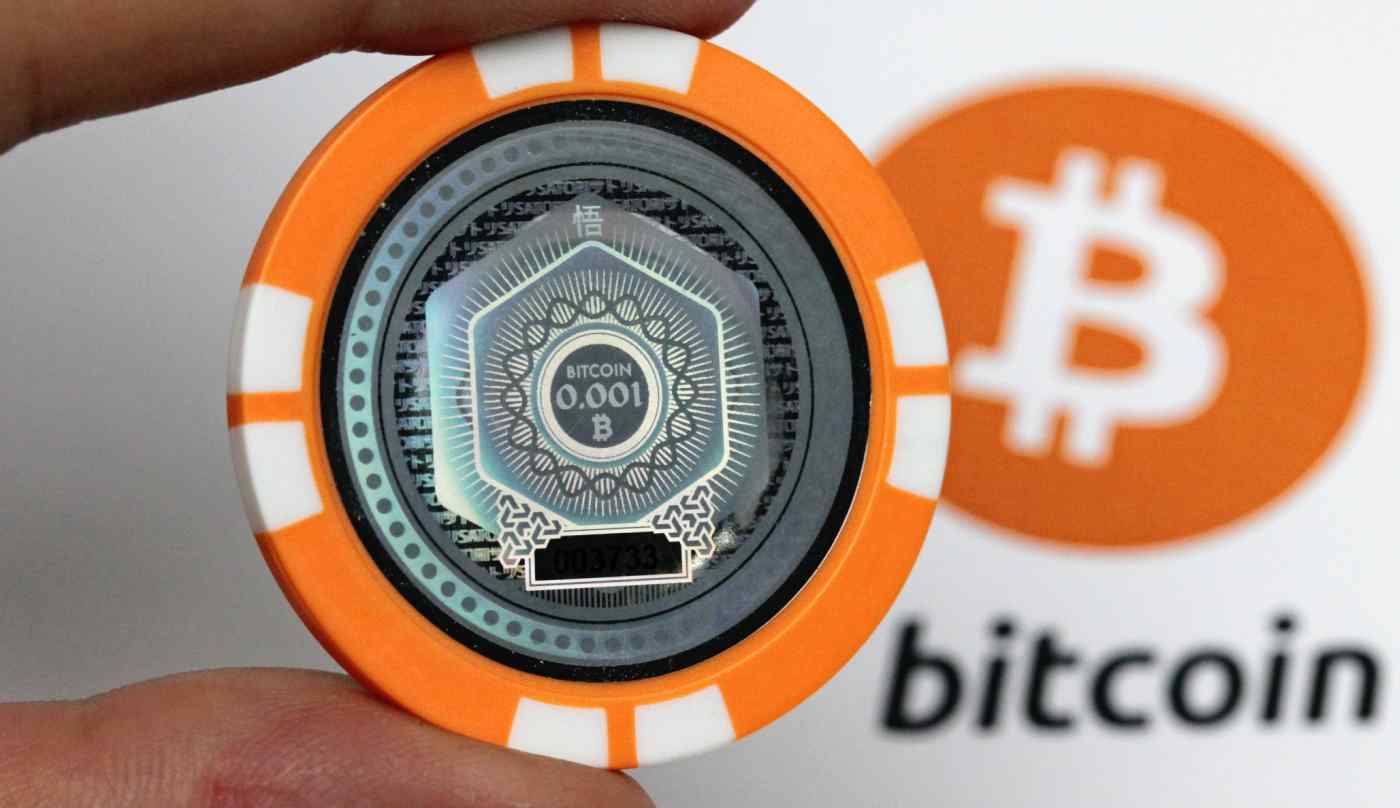 Cryptocurrencies are viewed with suspicion by some, but they also provide a way for honest savers to safeguard assets in a crisis. (Photo by Akira Takemura)
FRANCESCA REGALADO, NARAYANAN SOMASUNDARAM and JP RATHBONE, Nikkei staff writersJanuary 7, 2020 15:17 JST | Middle East
CopyCopied

TOKYO/HONG KONG -- If the muted market reaction to escalating tensions in the Middle East can be taken as a sign of investor complacency about the risks of a full-scale war between the U.S. and Iran, that has not been the case for cryptocurrencies.

Wall Street closed up on Monday evening, while on Tuesday morning Asian shares rebounded, oil prices slipped back from the highs they reached at the start of the week and gold retreated after it earlier reached a seven-year peak.

However, in the more volatile world of cryptocurrencies, price rises have continued to hold, even as more mainstream measures of market volatility, such as Vix, the so-called "fear" index, have slipped.

Bitcoin, the most traded cryptocurrency, rose 4% on Tuesday, taking its gains to almost 15% since the Jan. 3 killing by drone of top Iranian military commander Quasem Soleimani.

Anonymous coins that offer untraceable transactions, such as Monero and Dash, are meanwhile up over a third each since Soleimani's death.

Analysts and traders offered two explanations for this sustained rise in cryptocurrencies compared to the fallback of more mainstream assets.

The most traditional explanation is that investors increasingly view cryptocurrencies as a kind of digital gold -- a safe-haven asset that is free from sovereign interference, be that geopolitical risks or the central bank creation of excess liquidity.

"With the escalation of geopolitical turbulence ... it can be expected that a growing number of investors will decide to increase their exposure to decentralized, nonsovereign, secure currencies such as Bitcoin," said Nigel Green, chief executive of deVere Group, a financial advisory.

For investors that take this view, mainstream assets such as oil typically rise immediately after a geopolitical shock and then fall back to a long-term average price as the "fear-driven moment" passes, as Sheel Kohli, chief marketing officer at Hong Kong-based crypto exchange AAX, put it.

"For Bitcoin, though, investors feel they can safely put a portion of their funds into it and hold it for the longer term without having to worry about any reversion to a mean, as [Bitcoin] is not inherently linked to U.S.-Iran tensions," he said.

However, the Iran crisis also shows that many investors are treating cryptocurrencies in a different way.

"We are right in the middle of a big geopolitical event, and we have studied the data but found no real correlation or evidence of any of these [crypto] coins behaving in a gold-like manner," said Christopher Flinos, trader at Abu Dhabi-based Hayvn Capital.

"We have found that the anonymous coins [such as Dash and Monero] have even less safe-haven qualities than gold."

Rather, instead of viewing cryptocurrencies as a safe-haven asset, the Iran crisis is showing that many investors are treating them as a way of shifting funds from one mainstream asset and into another.

"Bitcoin is acting as a conduit for monetary movement rather than as a safe haven," said Darius Sit, trader at Singapore-based QCP Capital. Its recent price rise is "a symptom [of money moving] rather than a cause."

"It is hard to imagine that investors able to operate within Gulf Arab economies would view cryptocurrencies as their first choice for a safe-haven asset," added Robert Mogielnicki, resident scholar at the Arab Gulf States Institute, a think tank in Washington DC.

"Mature finance and banking sectors in the United Arab Emirates and Bahrain offer plenty of avenues for safeguarding assets," he said.

The anonymity of cryptocurrencies combined with the encrypted security of their transactions has long made them a suspect asset in the eyes of financial regulators.

In secure economies, regulators worry that cryptocurrencies can facilitate money-laundering and crime, even if in unsettled economies -- such as Iran, or hyperinflationary Venezuela -- they can also offer honest savers a way to move money into safer zones.

Traders suggested that the latter is the scenario now playing out, especially as thousands of migrant Southeast Asian workers employed in the Gulf used cryptocurrencies -- and in particular Tether, a cryptocoin pegged to the U.S. dollar -- as a way of moving out of local currencies and into dollars.

Evidence of that trade lies in the fact that selling of Tether for dollars in Southeast Asian markets has seen the coin priced this week at a discount to its price elsewhere.

Such an unusual development may have been given extra impetus by Philippine President Rodrigo Duterte's ordered deployment this week of military forces to the Gulf to evacuate thousands of migrant workers from Iran and Iraq should violence break out.

"Usually we see money moving from markets and into Tether. On Monday we saw a reversal of that flow. ... We're getting a lot of selling of Tether in [local currencies], which we never see," said Sit of QCP Capital. "That is the safe-haven play."