Air defenses seen to have accidentally kicked in, but Tehran calls it 'impossible' 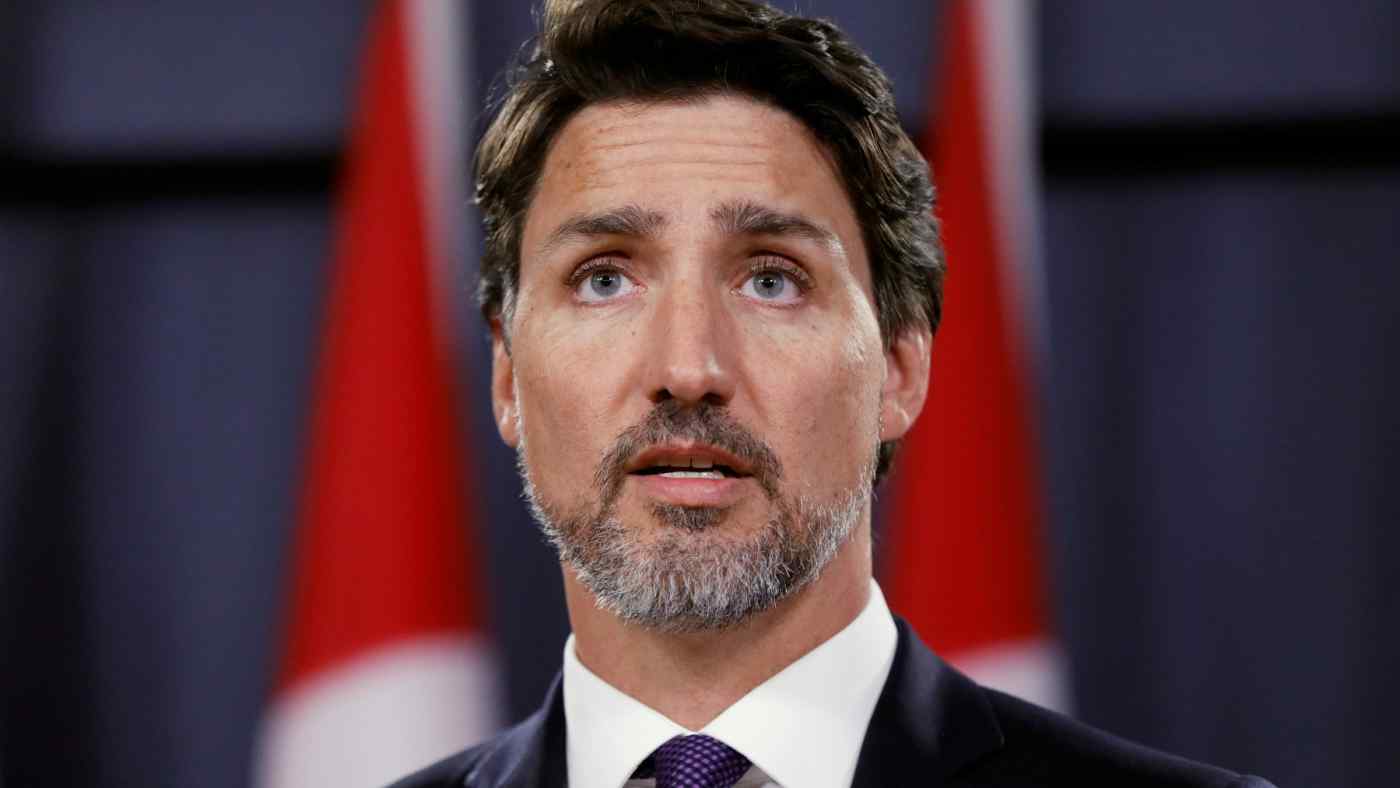 OTTAWA/WASHINGTON (Reuters) -- A Ukrainian airliner that crashed in Iran, killing all 176 people aboard, was likely brought down by an Iranian missile, Canada's prime minister, Justin Trudeau, said on Thursday, citing intelligence from Canadian and other sources.

The destruction of the airliner, which carried 63 Canadians, "may well have been unintentional," Trudeau told a news conference in Ottawa.

"We have intelligence from multiple sources, including our allies and our own intelligence. The evidence indicates that the plane was shot down by an Iranian surface-to-air missile," he said.

The Ukraine International Airlines flight to Kiev from Tehran crashed on Wednesday hours after Iran fired ballistic missiles at two U.S. military bases in Iraq, and Iranians were on high alert for a U.S. military response.

Trudeau said his government would not rest until it had obtained closure, transparency, accountability and justice.

Earlier on Thursday, a U.S. official, citing an extensive review of satellite data, said Washington had concluded with a high degree of certainty that anti-aircraft missiles brought down the plane. The official said the Boeing 737-800 had been tracked by Iranian radar.

The data showed the plane was airborne for two minutes after departing Tehran when the heat signatures of two surface-to-air missiles were detected, one of the officials said.

That was quickly followed by an explosion in the vicinity of the plane, the official said. Heat signature data then showed it on fire as it went down. Heat signatures are infrared emissions detected by U.S. military satellites.

The New York Times said it had obtained and verified a video that appeared to show an Iranian missile hitting a plane near Tehran airport.

Iran denied that the airliner had been hit by a missile.

"All these reports are a psychological warfare against Iran ... all those countries whose citizens were aboard the plane can send representatives and we urge Boeing to send its representative to join the process of investigating the black box," government spokesman Ali Rabiei said in a statement.

An initial report issued by Iran's civil aviation organisation on Thursday said the 3-year-old airliner, which had its last scheduled maintenance on Monday, encountered a technical problem shortly after takeoff and started to head toward a nearby airport before it crashed. 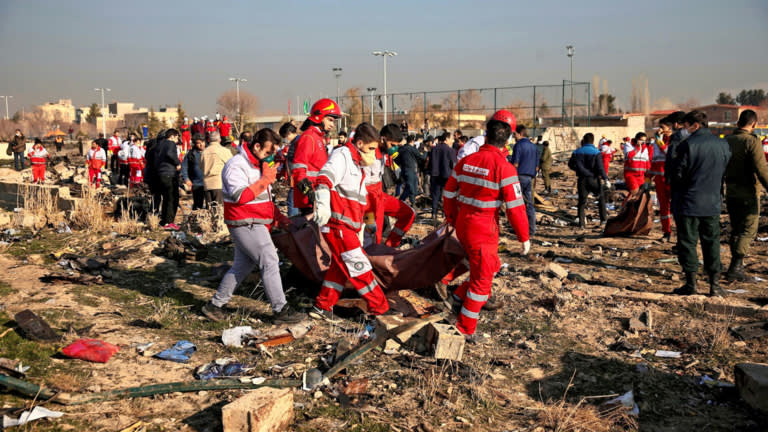 Workers retrieve parts of the Ukrainian plane that crashed near Tehran.   © Reuters

Speaking to reporters at the White House, U.S. President Donald Trump said he did not believe the crash of the airliner was due to a mechanical issue.

"It's a tragic thing. But somebody could have made a mistake - on the other side," Trump said.

Riki Ellison, a defense expert and founder of the Missile Defense Advocacy Alliance, said the radar signature of a Boeing airliner would have been quite similar to a large U.S. military transport plane.

"They (the Iranians) were on full alert to shoot down anything that resembled a U.S. aircraft. Somebody made a mistake by identifying it as a warplane," Ellison said.

Once the missiles were fired, it would have been impossible to divert them, even if the ground operators realized their error, he said. "Once you shoot those things, it's over."

Tensions between Washington and Tehran have risen since Trump ordered the U.S. drone killing of a top Iranian general on Friday. Trump has refrained from ordering more military action and Iran's foreign minister said the strikes on Iraqi bases that house U.S. forces had "concluded" Tehran's response.

Investigations into airliner crashes require regulators, experts and companies across several international jurisdictions to work together. It can take months to fully determine the cause and issuing an initial report within 24 hours is rare.

The Ukrainian airliner took off at 6:12 a.m. and was given permission to climb to 26,000 feet (7,925 m), Iran's report said. It crashed six minutes later near the town of Sabashahr.

There was no radio communication from the pilot and the aircraft disappeared from radar at 8,000 feet (2,440 m), the report said.

Bodies and body parts recovered from the site of the crash were taken to the coroner's office for identification, it said.

Smouldering debris, including shoes and clothes, was strewn across a field where the plane crashed. Rescue workers in face masks laid out scores of body bags.

Ukraine had outlined four potential scenarios to explain the crash, including a missile strike and terrorism. Kiev said its investigators wanted to search the crash site for possible debris of a Russian-made missile used by Iran's military.

Iran has formally invited the U.S. National Transportation Safety Board (NTSB) to take part in its investigation and the agency has agreed to assign an investigator, an Iranian official told Reuters.

The NTSB declined comment. A person briefed on the matter confirmed the NTSB had agreed to take part but said it was unclear what if anything its representative would be able to do under U.S. sanctions.

Boeing Co said it would support the NTSB in the investigation.

The U.S. Federal Aviation Administration declined to comment on Thursday, as did the Pentagon. Spokeswomen for Ukraine's president and prime minister did not immediately respond to a request for comment.

Boeing is still reeling from two deadly crashes of 737 MAX planes in five months that led to the plane's grounding in March 2019. The 737-800 that crashed was built in 2016 and is the prior generation of the 737 before the MAX. Boeing has built about 5,000 of those planes, which have a good safety record.

The FAA had banned U.S. carriers from operating in the airspace over Iraq, Iran, the Gulf of Oman and the waters between Iran and Saudi Arabia in the hours after Iran's attack on U.S.-led forces in Iraq. Several other airlines also diverted flights.

OPSGROUP, which advises airlines on safety matters, said that after the comments from Trudeau and U.S. officials pointing to a missile downing, some flights inbound to Tehran were turned around and diverted. The group advised operators not to fly to airports in Iraq or Iran and said traffic flow over the countries had greatly declined in the past 48 hours.