Ukraine plane crashes after take-off in Iran, 176 on board killed

No survivors after Boeing 737 said to suffer technical problem 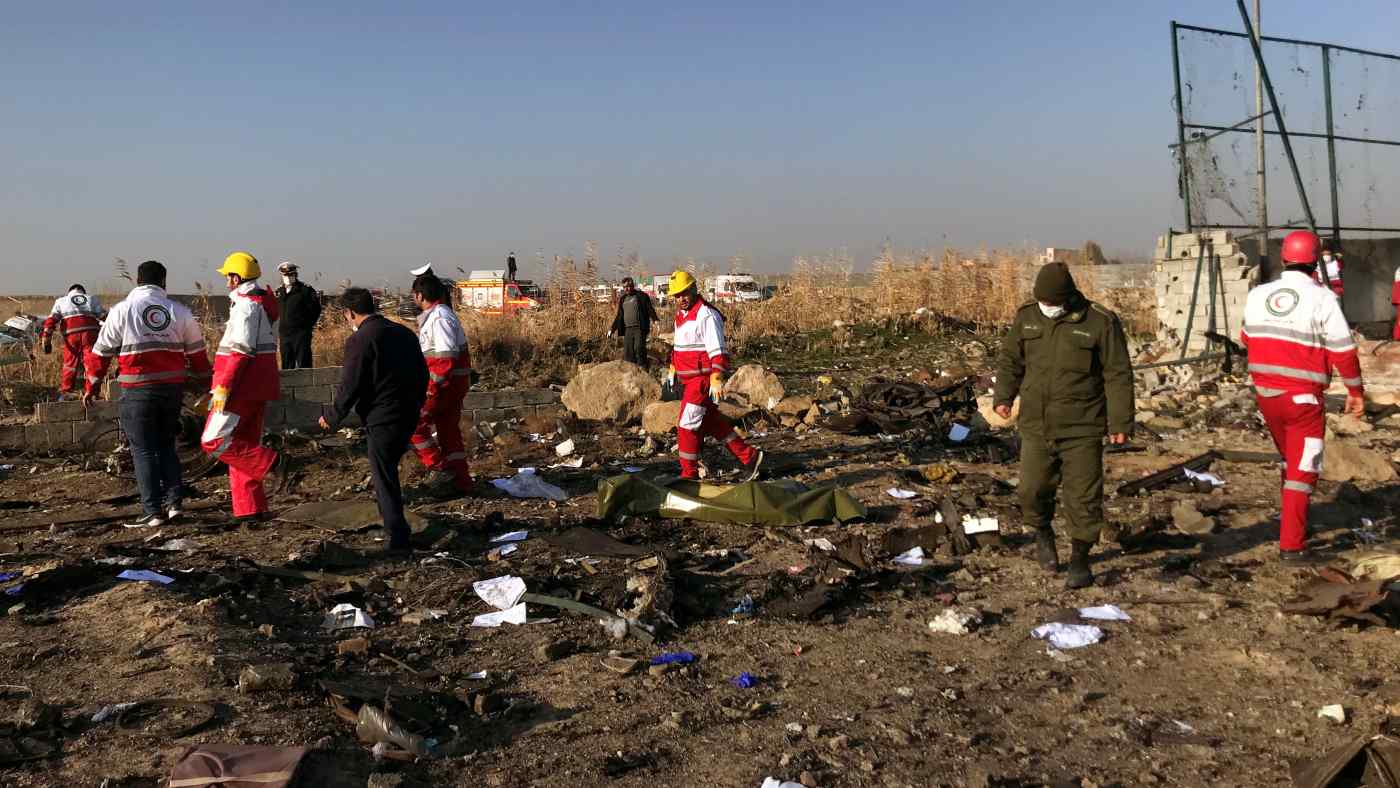 The Boeing 737 belonging to Ukraine International Airlines crashed near the airport and burst into flames. Iranian TV said the crash was due to technical problems but did not elaborate.

Ukraine's embassy in Iran said the plane had suffered engine failure and the crash was not caused by "terrorism".

Ukraine President Volodymyr Zelenskiy said there were no survivors.

"My sincere condolences to the relatives and friends of all passengers and crew," Zelenskiy said in a statement, adding that Ukraine was seeking to establish the circumstances of the crash and the death toll.

Iranian state TV and Ukraine's prime minister said 167 passengers and 9 crew were on board. Iranian TV said 32 of those on board were foreigners.

Iranian media quoted an Iranian aviation official as saying the pilot of the airliner did not declare an emergency.

There was no official word from Ukraine International Airlines. It was the first fatal crash for Kiev-based UIA.

"The fire is so heavy that we cannot (do) any rescue... we have 22 ambulances, four bus ambulances and a helicopter at the site," Pirhossein Koulivand, head of Iran's emergency services, told Iranian state television.

Television footage showed debris and smouldering engine parts strewn across a field, and rescue workers with face masks retrieving bodies of the victims.

According to air tracking service FlightRadar24, the plane that crashed was Flight PS 752 and was flying to Kiev. The plane was three years old and was a Boeing 737-800NG, it said.

The model's twin engines are made by CFM International, a U.S.-French venture co-owned by General Electric and France's Safran.

Modern aircraft are designed and certified to cope with an engine failure shortly after take-off and to fly for extended periods on one engine. However, an uncontained engine failure releasing shrapnel can cause damage to other aircraft systems.

A spokesman for Boeing said the company was aware of media reports of a plane crash in Iran and was gathering more information. The plane manufacturer grounded its 737 MAX fleet in March after two crashes that killed 346 people.

The 737-800 is one of the world's most-flown models with a good safety record and which does not have the software feature implicated in crashes of the 737 MAX.