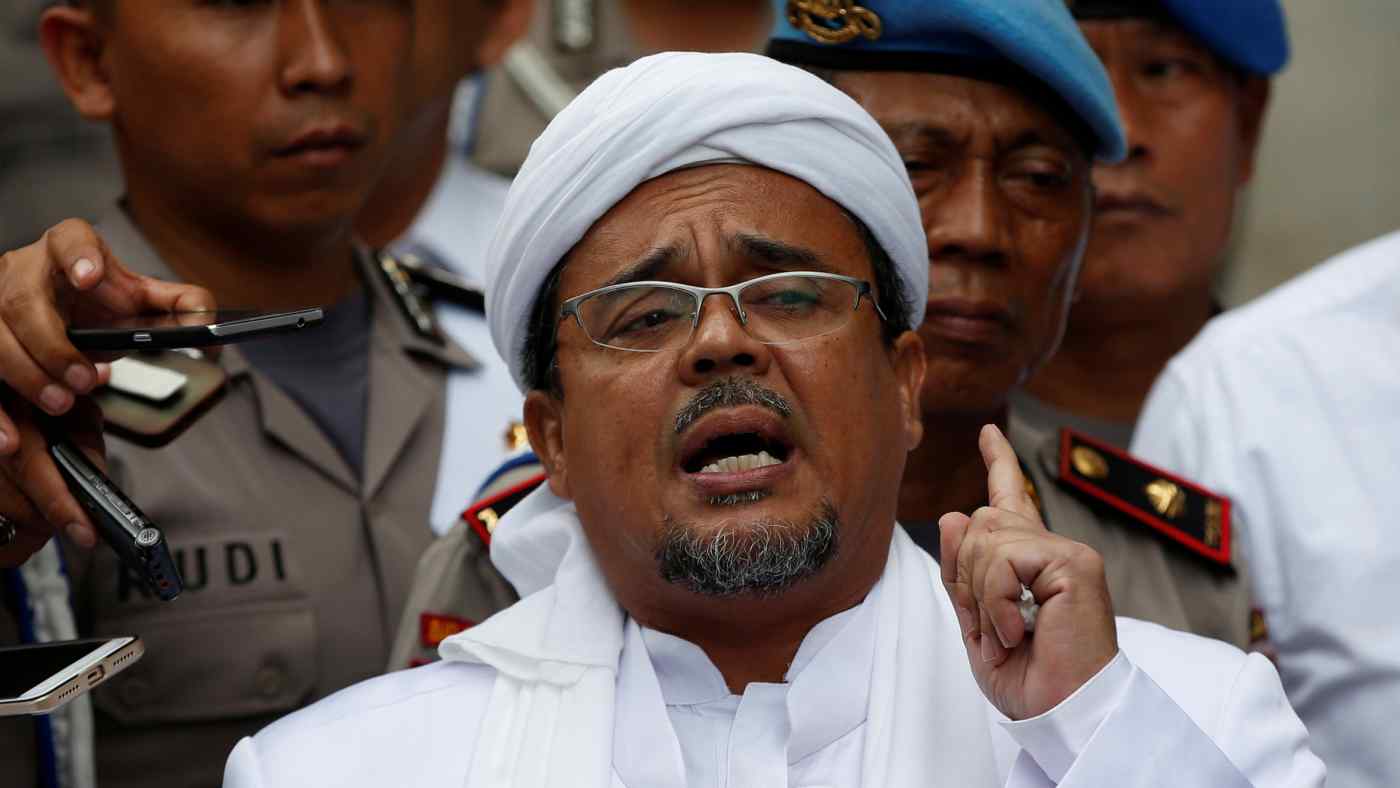 JAKARTA -- Jakarta police on Friday said they will arrest firebrand Islamist cleric Muhammad Rizieq Shihab, better known in Indonesia as Habib Rizieq, after a deadly clash between police and his supporters this week and large gatherings at his sermons last month.

Shihab ignored two police summonses to investigate his role in alleged violations of Jakarta's health protocols against COVID-19, following the cleric's return from over three years of self-exile in Saudi Arabia. Tens of thousands of supporters flocked to Soekarno-Hatta Airport outside Jakarta when he arrived, and his near-daily sermons in the week after drew similarly large crowds.