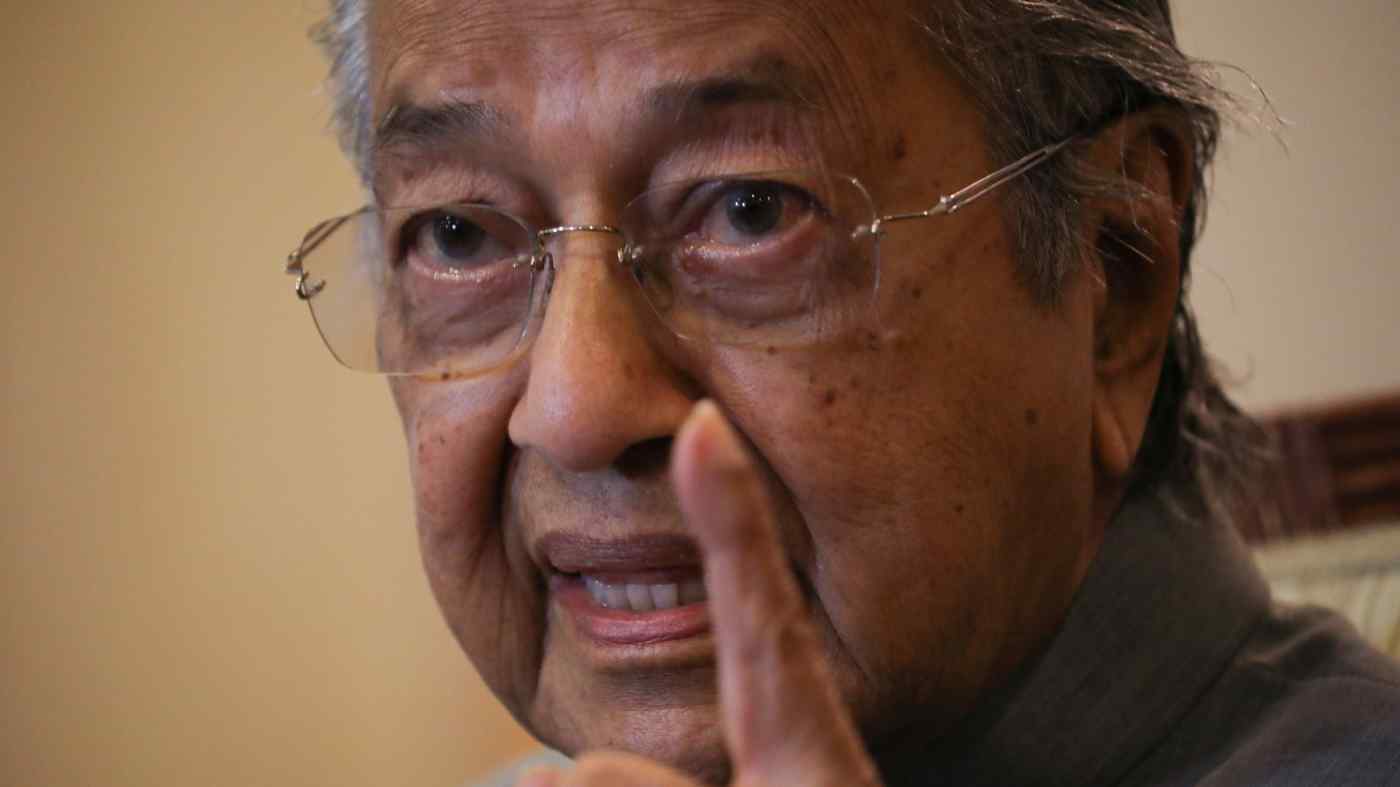 After three people were killed in Nice this week in an incident French authorities are calling Islamic terrorism, Malaysia's former Prime Minister Mahathir Mohamad said Muslims had a right to "kill millions of French people for the massacres of the past."   © Reuters
October 30, 2020 21:46 JSTUpdated on October 30, 2020 22:34 JST | Malaysia
CopyCopied

KUALA LUMPUR (AP) -- Former Malaysian leader Mahathir Mohamad said Friday he is disgusted because his comments on attacks by Muslim extremists in France had been taken out of context.

Mahathir, 95, sparked widespread outrage when he wrote on his blog Thursday that "Muslims have a right to be angry and kill millions of French people for the massacres of the past."

Twitter removed a tweet from Mahathir containing the remark, which it said glorified violence, and France's digital minister demanded the company also ban Mahathir from its platform.

"I am indeed disgusted with attempts to misrepresent and take out of context what I wrote on my blog," Mahathir said in a statement.

He said critics failed to read his posting in full, especially the next sentence which read: "But by and large Muslims have not applied the 'eye for an eye' law. Muslims don't. The French shouldn't. Instead the French should teach their people to respect other people's feelings."

He said Twitter and Facebook removed the posting despite his explanation, and slammed the move as hypocritical.

"On the one hand, they defended those who chose to display offending caricatures of Prophet Muhammad ... and expect all Muslims to swallow it in the name of freedom of speech and expression," he said.

"On the other, they deleted deliberately that Muslims had never sought revenge for the injustice against them in the past," thereby stirring French hatred for Muslims, he added. On Twitter, however, that sentence was not deleted. A Mahathir staff member said the entire posting was removed by Facebook.

The comments by Mahathir, a two-time prime minister, were in response to calls by Muslim nations to boycott French products after French leader Emmanuel Macron described Islam as a religion "in crisis" and vowed to crack down on radicalism following the murder of a French teacher who showed his class a cartoon depicting Prophet Muhammad.

His remarks also came as a Tunisian man killed three people at a church in Nice, France.

The U.S. ambassador to Malaysia, Kamala Shirin Lakhdir, said Friday that she "strongly disagreed" with Mahathir's statement. "Freedom of expression is a right, calling for violence is not," she said in a brief statement.

Australian High Commissioner in Malaysia Andrew Goledzinowski wrote that even though Mahathir wasn't advocating actual violence, "in the current climate, words can have consequences."

Mahathir's second stint as prime minister lasted from 2018 until he quit in February 2020. He has been viewed as an advocate of moderate Islamic views and a spokesman for the interests of developing countries. But at the same time, he pointedly criticized Western society and nations and their relationships to the Muslim world.