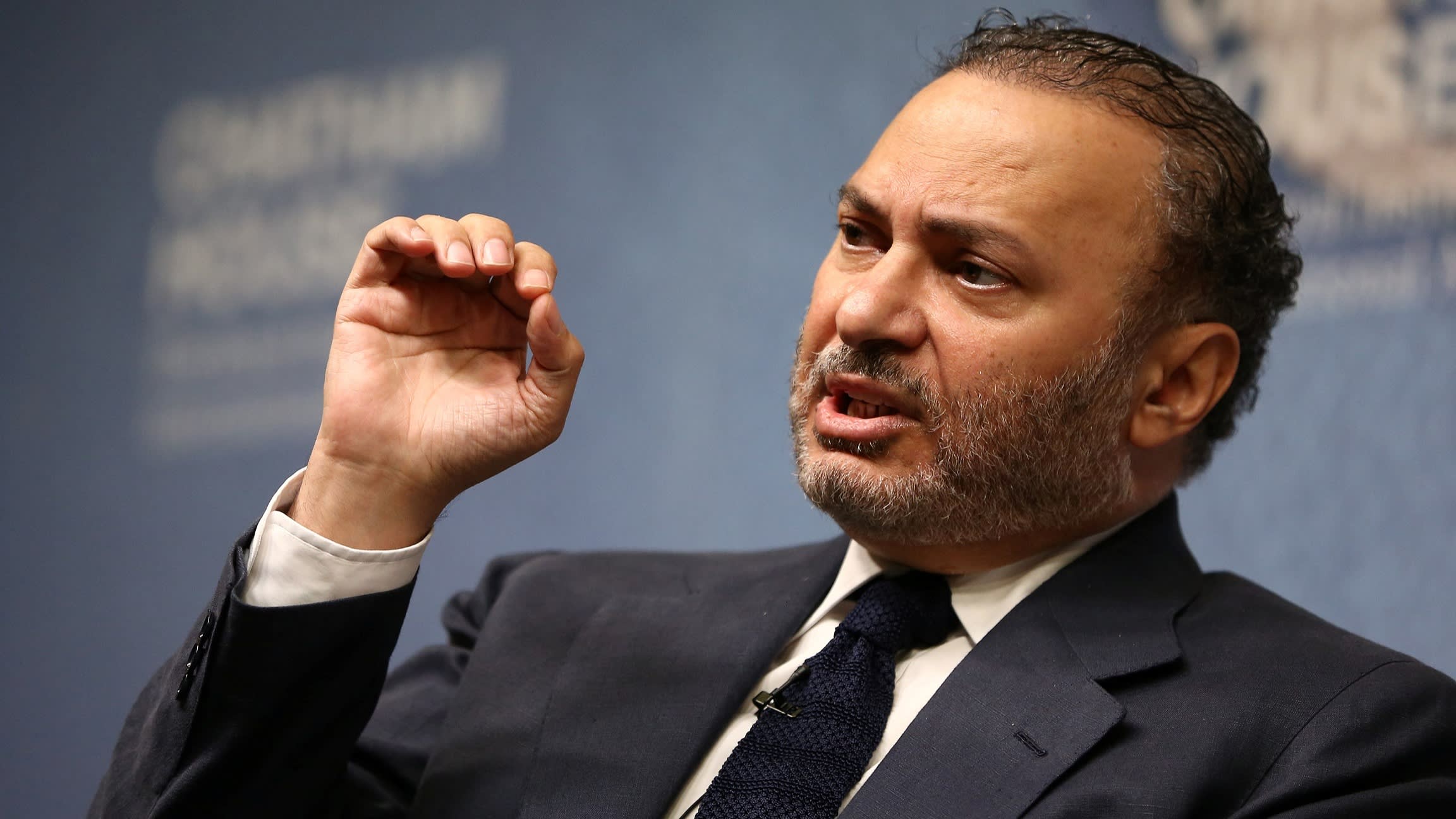 Anwar Gargash, the minister of state for foreign affairs for the United Arab Emirates, speaks at an event at Chatham House in London.    © Reuters
November 3, 2020 04:59 JST | Middle East
CopyCopied

DUBAI (Financial Times) -- The United Arab Emirates has come out in support of Emmanuel Macron in the face of growing anger in the Middle East over France's approach to Islam, backing the French president's call for greater integration of Muslims.

The attacks were sparked by cartoons of the Prophet Mohammed deemed blasphemous by many Muslims. Erdogan slammed Macron for his defense of secular free speech and called for a boycott of French products in retaliation for attempts by Paris to grapple with what Macron sees as "Islamist separatism" in some Muslim communities.

"With his attacks on France, Erdogan manipulates a religious issue for political purposes," said Gargash in an interview with German newspaper Die Welt. "You should listen to what Macron really said in his speech: he doesn't want the ghettoisation of Muslims in the west, and he is absolutely right."

The UAE and France have become increasingly aligned in recent years, sharing a common mistrust of the growing force of political Islam across the wider Middle East and its potential to radicalize their domestic populations.

But the two countries have butted up against Erdogan, accusing him of championing Islamist movements in countries such as Egypt and Libya. Turkish officials say they support democratic movements in their attempts to rid themselves of dictators backed by conservative Gulf autocracies including the UAE.

In the interview, Gargash accused Erdogan of promoting the Islamist Muslim Brotherhood as he tries to establish himself as the leader of the Sunni world and expand his country's influence.

He praised Macron as one of the few European politicians willing to check Turkey's regional expansionism as it attempted to "rebuild the Ottoman Empire".

"Europe needs a united stance towards Turkey. Wherever Erdogan sees gaps or weaknesses, he uses them to gain power," Gargash said. "It is only when he is shown a red line that he is willing to negotiate."

Sheikh Mohammed bin Zayed al-Nahyan, Abu Dhabi's crown prince, on Sunday had a phone call with Mr Macron, in which he condemned the recent terrorist attacks in France, the state news agency reported.

Sheikh Mohammed, the de facto ruler of the UAE, rejected "hate speech" and any justification used as an excuse for violence. The Prophet should not be linked to politicization, he added.

Their call also covered regional developments, in which they emphasized security and stability and the non-interference in the internal affairs of sovereign states.

"Erdogan is trying to hijack the hearts and minds of Muslims all over the world and use them as tools to serve his political agenda - he is using Islam as an ideology, not as a religion," said Ali al-Nuaimi, a member of the UAE's advisory Federal National Council.