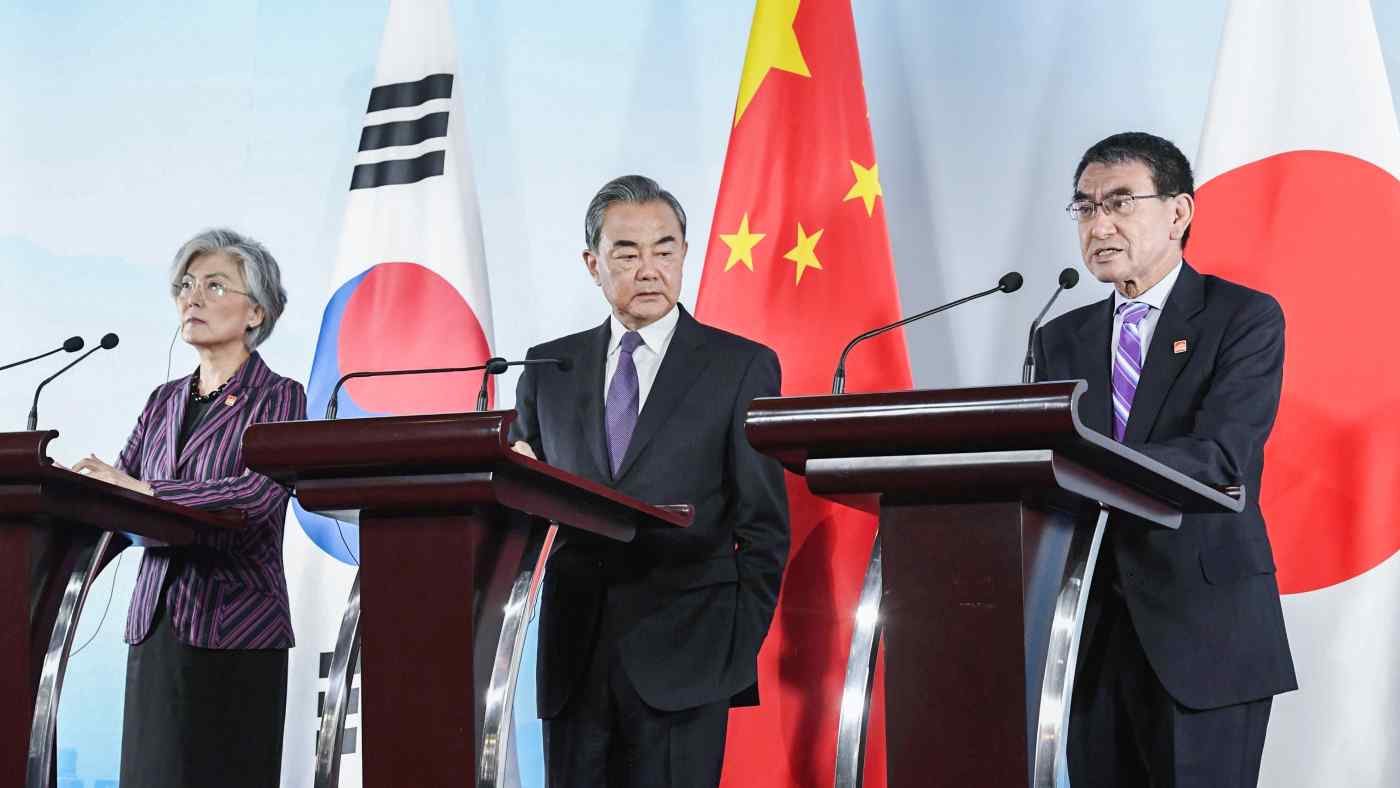 TOKYO/BEIJING -- China, Japan and South Korea sought to find common ground on Wednesday amid an escalating trade dispute between Tokyo and Seoul that has further soured relations between the two countries.

A meeting in Beijing hosted by Chinese Foreign Minister Wang Yi with his counterparts from Tokyo and Seoul comes as China has signaled its intention to mediate the Japan-South Korea spat and help to ease tensions.