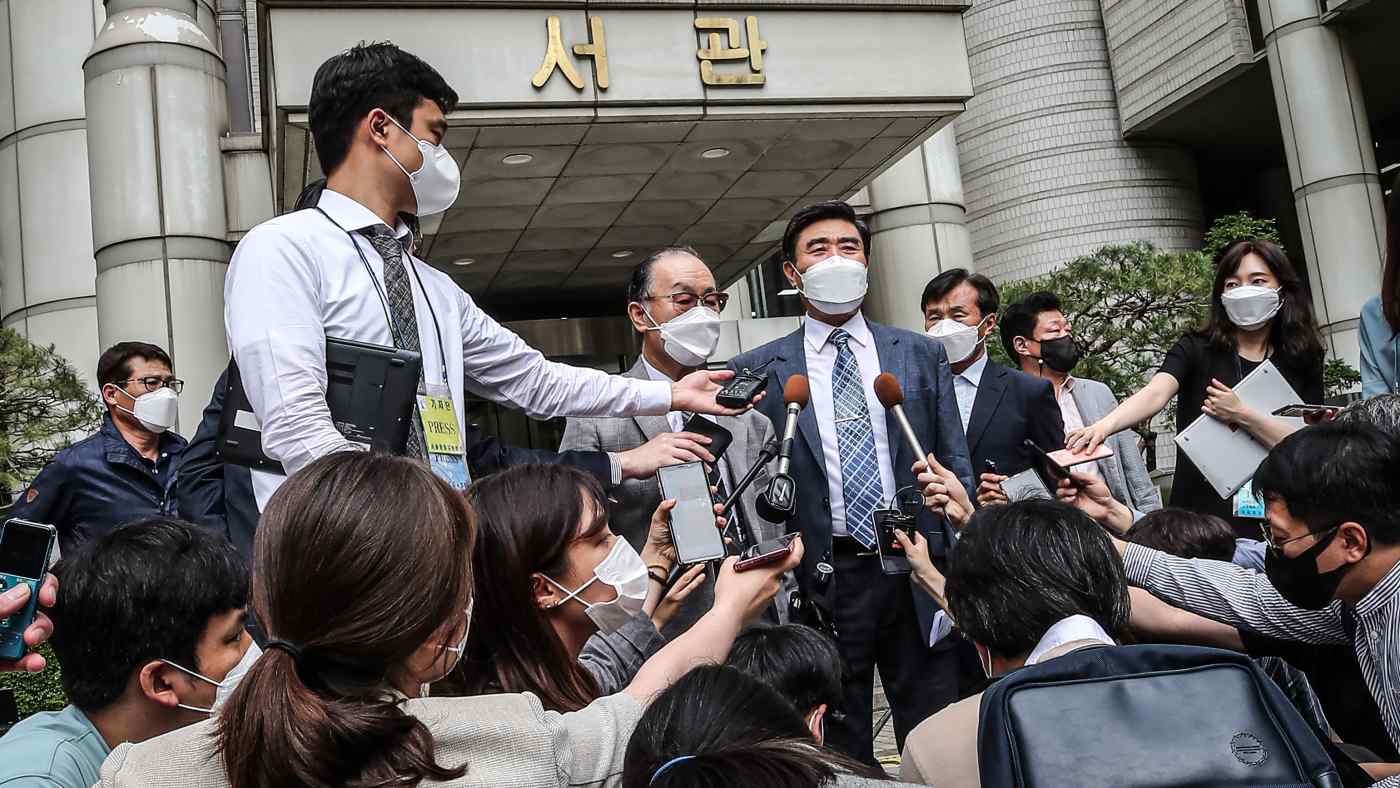 Lim Cheol-ho, a plaintiff, speaks to reporters at the Seoul Central District Court in Seoul on Monday after the court dismissed a damages suit launched by 85 South Koreans and their families against 16 Japanese companies they were forced to work for.   © EPA/Jiji
STEVEN BOROWIEC, Contributing writerJune 11, 2021 16:37 JST | South Korea
CopyCopied

SEOUL -- As he handed down a ruling denying compensation to South Koreans forced to work for Japanese companies during World War II, Judge Kim Yang-ho said that South Korea's international reputation was also at stake in the case.

Kim, a senior judge with the Seoul Central District Court, on Monday dismissed lawsuits against 16 Japanese companies filed by 85 South Koreans or their family members. The plaintiffs were seeking redress for unpaid labor performed for companies including Nissan Chemical and Mitsubishi Heavy Industries.