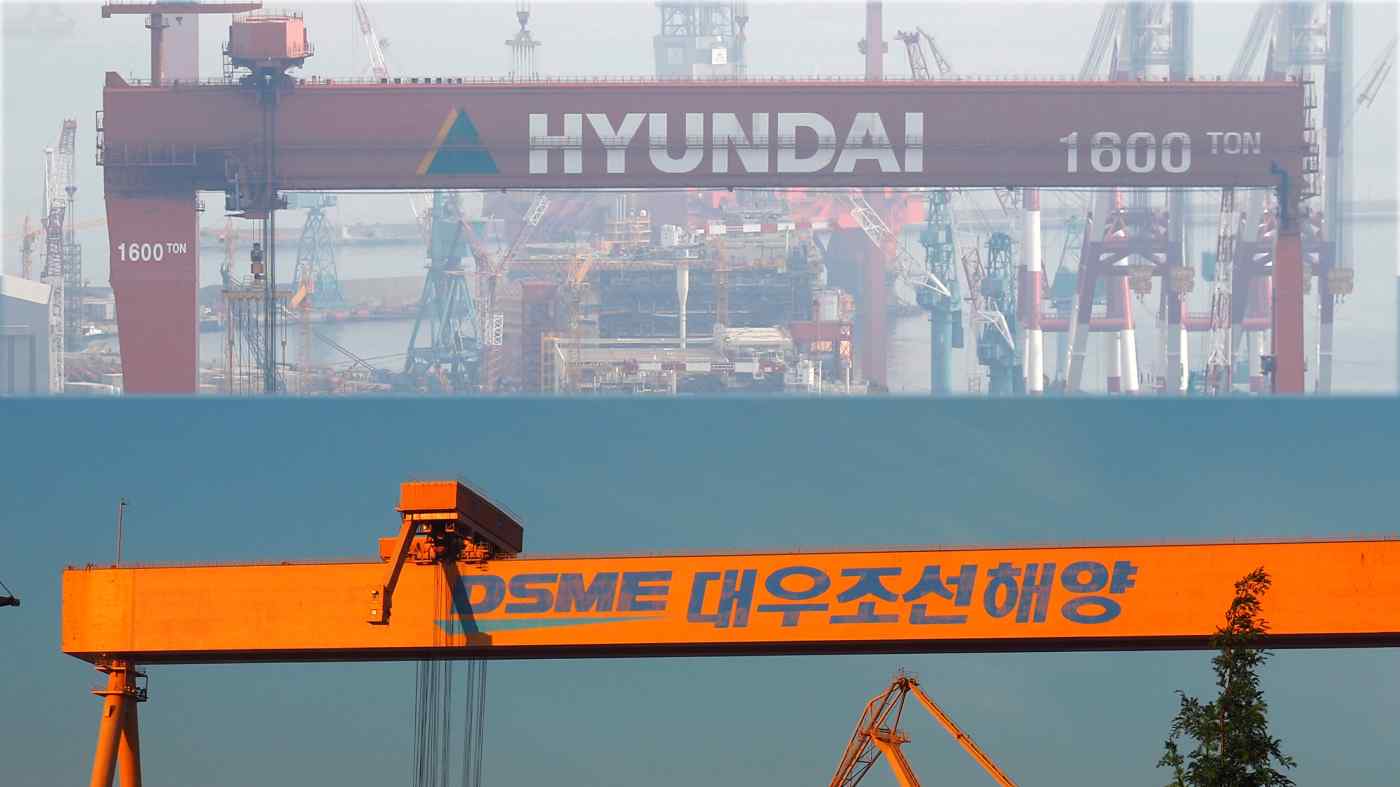 SEOUL/TOKYO -- South Korea's two largest shipbuilders are pushing ahead with plans for a merger even as trade tensions with Japan raise concerns that politics could throw a wrench in the 1.8 trillion won ($1.5 billion) deal.