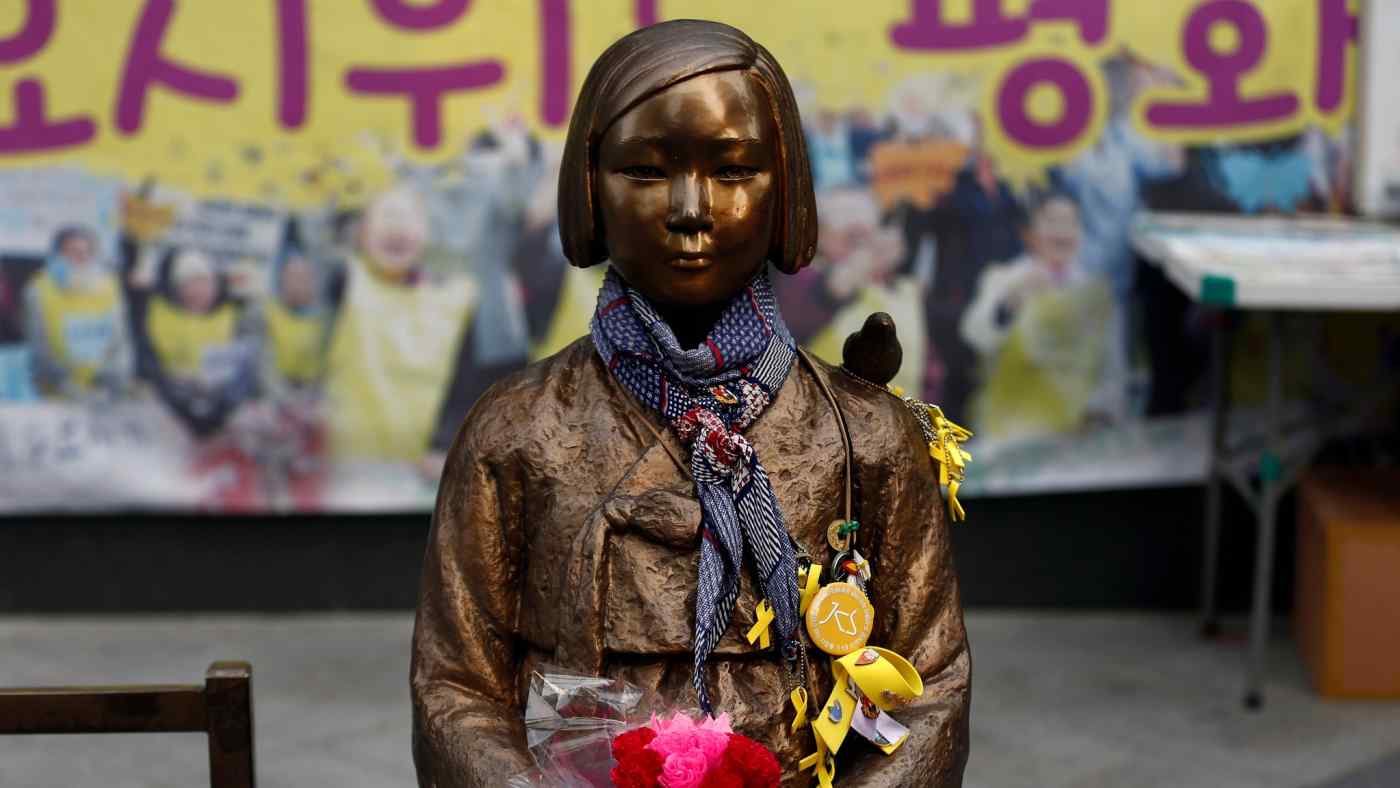 TOKYO -- Japan and South Korea took steps toward improving strained bilateral relations with a meeting between their foreign ministers, but the two sides still remain divided over how to resolve contentious wartime issues.

South Korean Foreign Minister Park Jin, in his first trip to Japan on Monday, expressed an intent to honor the 2015 bilateral agreement intended to resolve the wartime "comfort women" issue "finally and irreversibly." That same day, Park and Japanese counterpart Yoshimasa Hayashi agreed to pursue a quick settlement of the dispute over compensation for Korean wartime laborers.