Japan and South Korea revert back to bickering over export controls 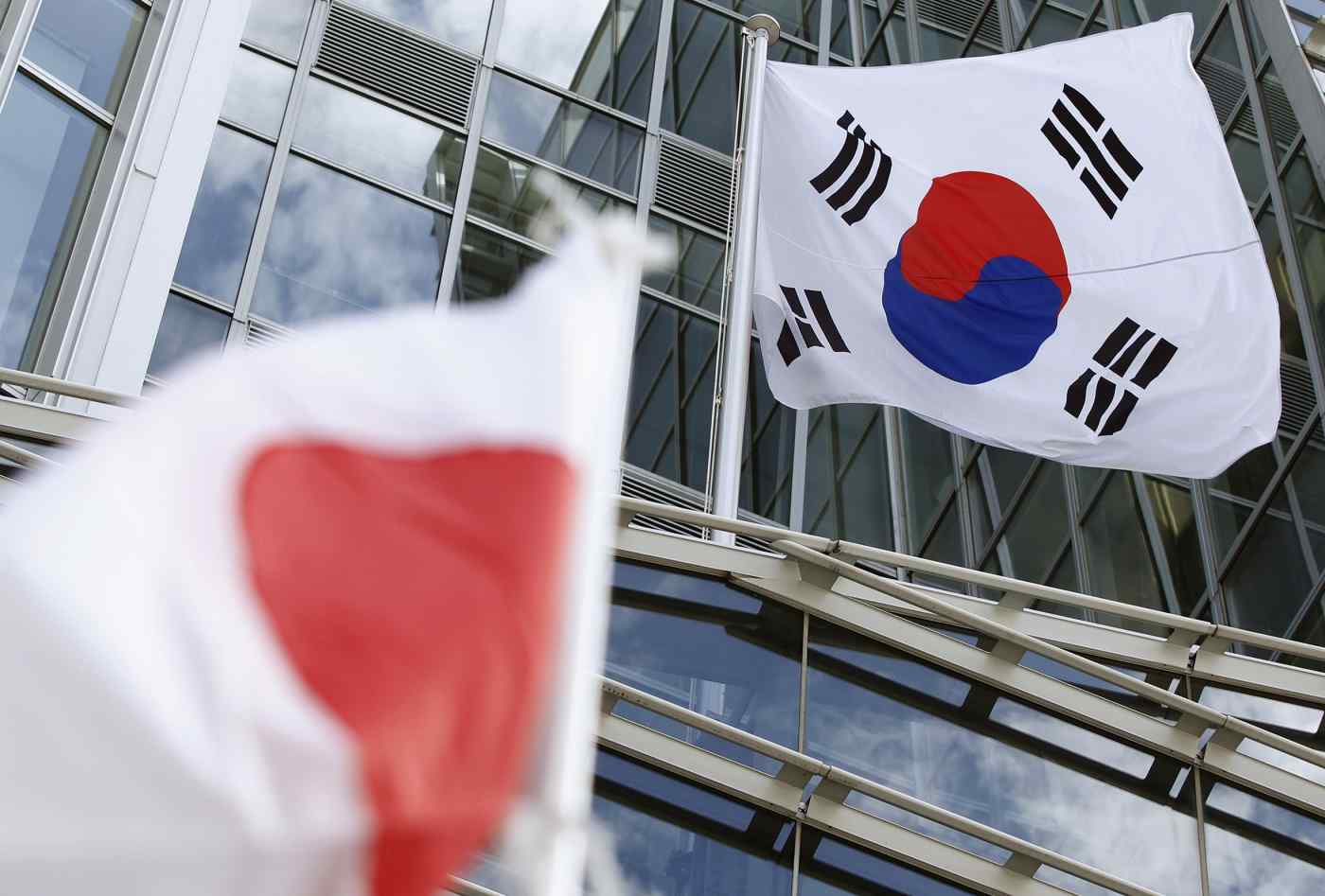 TOKYO -- Japan and South Korea are already quibbling over an 11th-hour agreement announced last Friday to extend a bilateral military intelligence-sharing pact that had been set to expire.

At issue is a policy dialogue over Japan's tougher controls of certain exports to South Korea. The two countries agreed to resume the talks as part of a deal to keep alive the intelligence-sharing pact, formally known as the General Security of Military Information Agreement, or GSOMIA.

South Korea complained on Sunday that Japan's announcement on the policy dialogue "is completely different from the content that was coordinated in advance" between the two sides.

Japan's Ministry of Economy, Trade and Industry responded on Twitter late on Sunday, saying the announcement "is what was aligned with the South Korean government in advance."

Chung said that the export control measures for three items, including hydrogen fluoride -- an important input in the manufacturing of semiconductors -- "are completely different from the content that was coordinated in advance."

Chung also raised questions about Japan's explanation for the resumption of the talks. Japan has cited problems with South Korea's export-control system, but South Korea has not acknowledged any such problem.

Although he was critical of the Japanese announcement, Chung said GSOMIA itself remains unchanged.

Chung also told reporters that Japan apologized to South Korea over the issue. But on Monday, Japan's Chief Cabinet Secretary Yoshihide Suga quickly denied this, saying, "It is not productive to comment on every remark by South Korea, but it is not true that the Japanese government apologized," speaking at a press briefing. Suga also reiterated that the export curbs were "completely unrelated to GSOMIA."

METI announced last Friday that it would resume policy dialogue with South Korean authorities over export controls. But it said that with respect to three items, including hydrogen fluoride, "there is no change in [Japan's] policy of approval through individual screenings."

As for the reason for restarting the talks, METI said "South Korea has shown willingness to make improvements regarding problems with the current state of export controls." The ministry also maintained that the resumption of policy dialogue "has nothing to do with GSOMIA."

The Japanese and South Korean governments agreed to restart the discussions over Japan's tougher export controls. The two countries have not held trade-related policy dialogues since the summer of 2016.

Although the two governments said meetings will be held at bureau chief and division chief levels, they have yet to give specific dates.

In August, South Korea announced the termination of GSOMIA in response to the Japanese export controls. Seoul agreed to suspend the decision just before the intelligence-sharing pact was due to lapse.