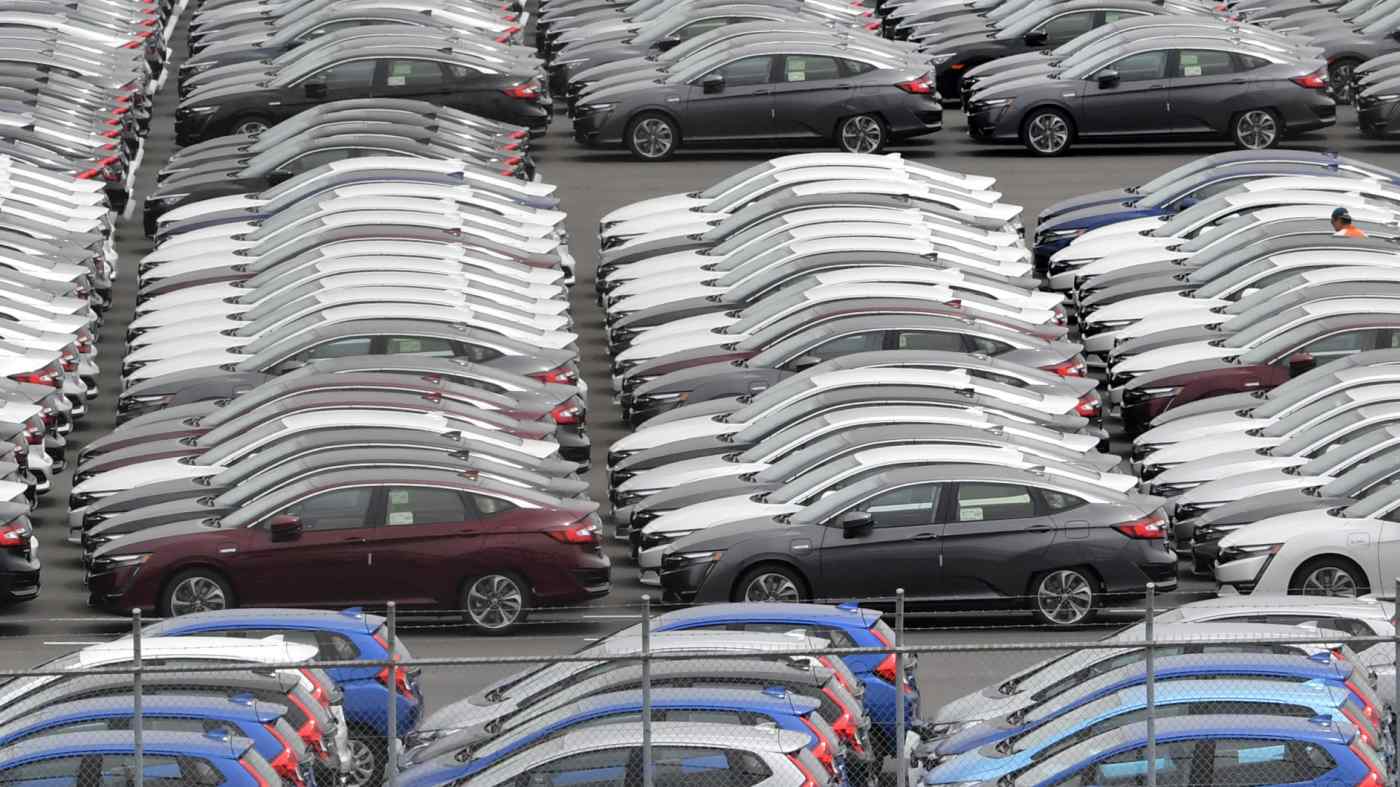 SEOUL -- Japanese automakers are struggling to boost sales in South Korea as frayed bilateral tensions continue to take a toll on business, with the local unit of Toyota Motor among those offering hefty incentives to win back customers.

Combined sales of five Japanese brands slumped 59.8% on the year to 1,103 units in September, despite a 4.1% rise in the overall auto market. German makers benefited from their Japanese rivals' woes, with some seeing sales as much as quadruple on the year.

"Japanese brands such as Toyota, Honda and Nissan saw their sales continue to decrease since Japan’s export control on South Korea," said the Ministry of Trade, Industry and Energy, which quoted industry data, in a press release.

The drop in sales comes as Seoul and Tokyo grapple over the issue of compensation for Korean laborers enforced to work in Japan during World War II. South Korea’s Supreme Court ruled last year that Japanese companies must compensate them while Japan refuses to do so saying the issue was completed with a 1965 treaty.

The dispute has sparked a boycott of Japanese goods that includes not only cars but also clothing, beer and tourism. With retailers also joining the boycott, cans of Asahi, Sapporo and other Japanese beer have all but disappeared from the shelves in convenience stores and discount chains.

The impact in the auto market, however, has been particularly pronounced.

"Our sales in August and September dropped sharply. Worsening Korea-Japan relation definitely affected seriously to our business," said a Toyota dealer in Ilsan, north of Seoul. "To offset this, we are offering promotions for gasoline models."

Toyota sales in South Korea fell by 61.9% to 374 units in September year-on-year, prompting measure to combat the decline.

Toyota Korea, the local unit of the Japanese automaker, is providing low-interest loans to customers in October along with gasoline gift certificates worth up to 2.5 million won ($2,120).

Nissan Korea, which launched its new Maxima sports sedan in South Korea in September, is offering even more generous promotions, with gas gift certificates worth up to 5.5 million won this month.

Sale of Nissan and Infiniti cars dropped 87.2% and 69.2%, respectively, in September.

Honda, meanwhile, which saw its sales tumble 82.2% to 166 during the same period, is not offering any special promotions in October.

South Korea's auto market is dominated by local players, but Japanese companies held a significant place among foreign makers before political tensions flared up, and several had targeted the country for growth. But while Japanese cars accounted for 16% of new import sales last year, that figure plunged to 5% in September.

In contrast, German brands enjoyed a big jump in sales as they absorbed demand from their Japanese rivals. Sales of Mercedes-Benz almost quadrupled to 7,707 units in September from a year ago, while those of BMW doubled to 4,249 during the same period.

Automakers are not the only companies trying to win back customers.

With South Korean visitors to Japan plunging 60% in September from a year earlier, air carriers have suspend some South Korea-Japan routes or else cut fares to as low as $10 before taxes and fuel surcharges.

Fashion retailer Uniqlo, which has been a key target of the boycott, is also offering special discounts, cutting prices of sweaters and shirts by 30%. 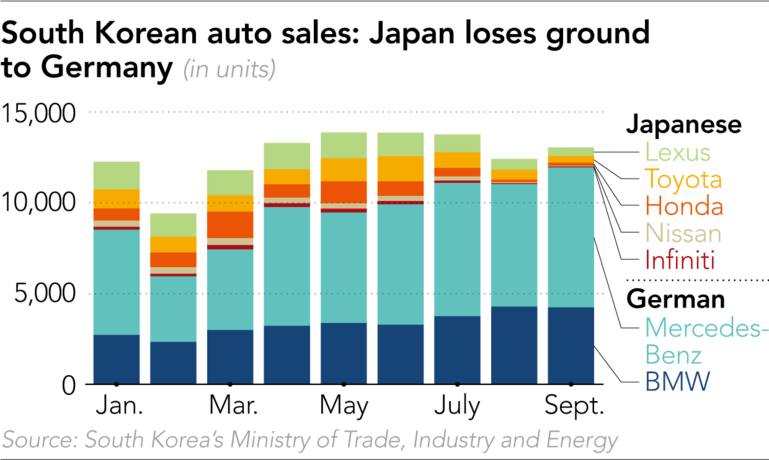 Analysts say that Prime Minister Lee Nak-yon’s visit to Japan next week will be a key momentum for mending their ties. Lee will depart for Tokyo next Tuesday to attend the enthronement ceremony of Emperor Naruhito. Lee will join a banquet hosted by Japanese Prime Minster Shinzo Abe on Wednesday.

"While there appears to be no end in sight to the feud over history between South Korea and Japan, there is a silver lining,” said James Kim, senior fellow at Asan Institute for Policy Studies. “While Japan has not been as receptive to South Korean offers for dialogues, Seoul should not give up the possibility that an opportunity may arise for both countries to address common challenges, such as the North Korean nuclear threat.”

Even though politicians remain at loggerheads over the historical issue, business leaders from Japan and South Korea have worked to maintain their relationship.

Last month, about 300 executives from the two countries gathered in Seoul, discussing ways to cooperate in Vietnam and other Southeast Asian countries. Japanese corporate leaders also vowed to hire more South Korean talents as part of ways to boost their ties.