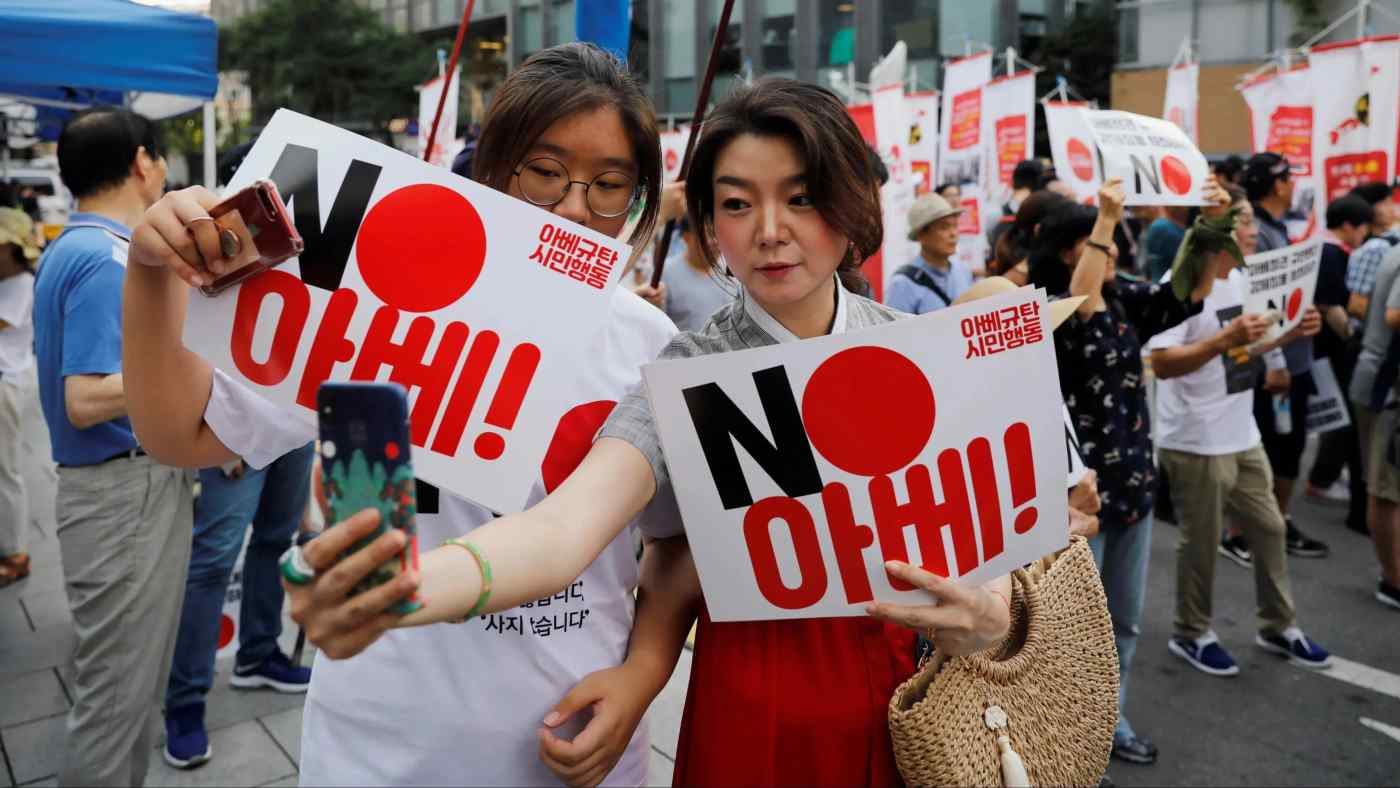 TOKYO -- The removal of South Korea from a Japanese whitelist of preferred trading partners took effect on Wednesday local time, a step that has elicited a strong backlash from Seoul.

The action represents the second round of trade restrictions Japan put into force against South Korea. Hiroshige Seko, Japan's minister of economy, trade and industry, downplayed the effect this move will have on bilateral ties when he spoke with reporters Tuesday following a cabinet meeting.