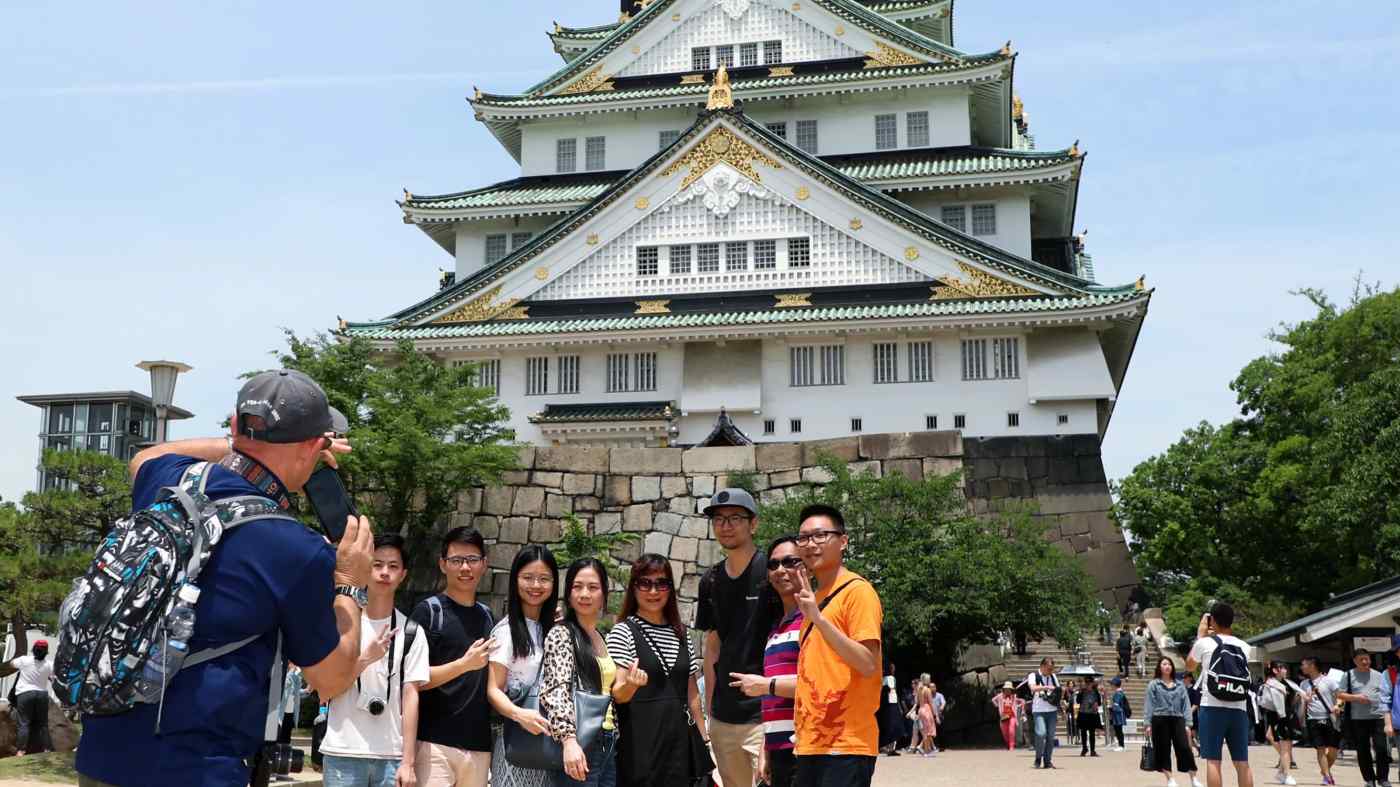 TOKYO -- Tensions with South Korea and the turmoil in Hong Kong are casting a shadow over Japan's goal of drawing an annual 40 million tourists by next year.

Visitors from South Korea plummeted 58.1% from a year earlier, reflecting the frosty relations over history and trade. Only 201,200 South Koreans traveled to Japan last month, the Japan National Tourism Organization said. This follows a 48% decline in August.

Last month's drop-off is all the more glaring when considering the natural disasters that kept tourists away a year earlier. Typhoon Jebi flooded western Japan early that September, shutting down Kansai Airport near Osaka. An earthquake struck Hokkaido shortly afterward.

Regions that count on South Korean tourism are feeling the bite. In the city of Fukuoka, the Beetle hydrofoil ferry service that connects to the South Korean city of Busan is suffering from a drastic downturn in traffic. Usership tanked 20% on the year in July, when bilateral tensions initially flared up after Tokyo announced restrictions on certain exports to South Korea. The decline reached 70% in September.

"There are absolutely no perceivable signs of recovery," said a representative at JR Kyushu Jet Ferry, which runs the hydrofoils. JTB, Japan's largest travel agency, reports handling 80% fewer South Korean customers in September than a year earlier. Bookings for October and November are down by similar percentages, according to JTB.

At Kintetsu Department Store, a chain operating in the Osaka area, tax-free sales of items targeting South Korean tourists fell by about a quarter during the March-August period from a year earlier.

Japanese food exports to South Korea have struggled as well. Exports of food items and farm, forestry and fishery products shrank 36.9% year on year in August on a value basis, government data shows.

Adding to the concerns are the monthslong demonstrations taking place in Hong Kong. On the surface, Hong Kong tourism to Japan appears to have recovered in September from a drop a year earlier, rising 23.6% to 155,900.

Though the numbers represent the first growth in three months, the total falls short of the 190,000 average for the first eight months of the year.

"Ever since the demonstrations began in earnest in June, demand from Hong Kong has decreased dramatically, and it disappeared in October," said an intermediate wholesaler operating in Tokyo's Ota Ward.

The Japanese government aims for 1 trillion yen in total exports of food, farm, forestry and fishery products this year. But exports for the January-August period climbed just 2.4% to 588.8 billion yen.