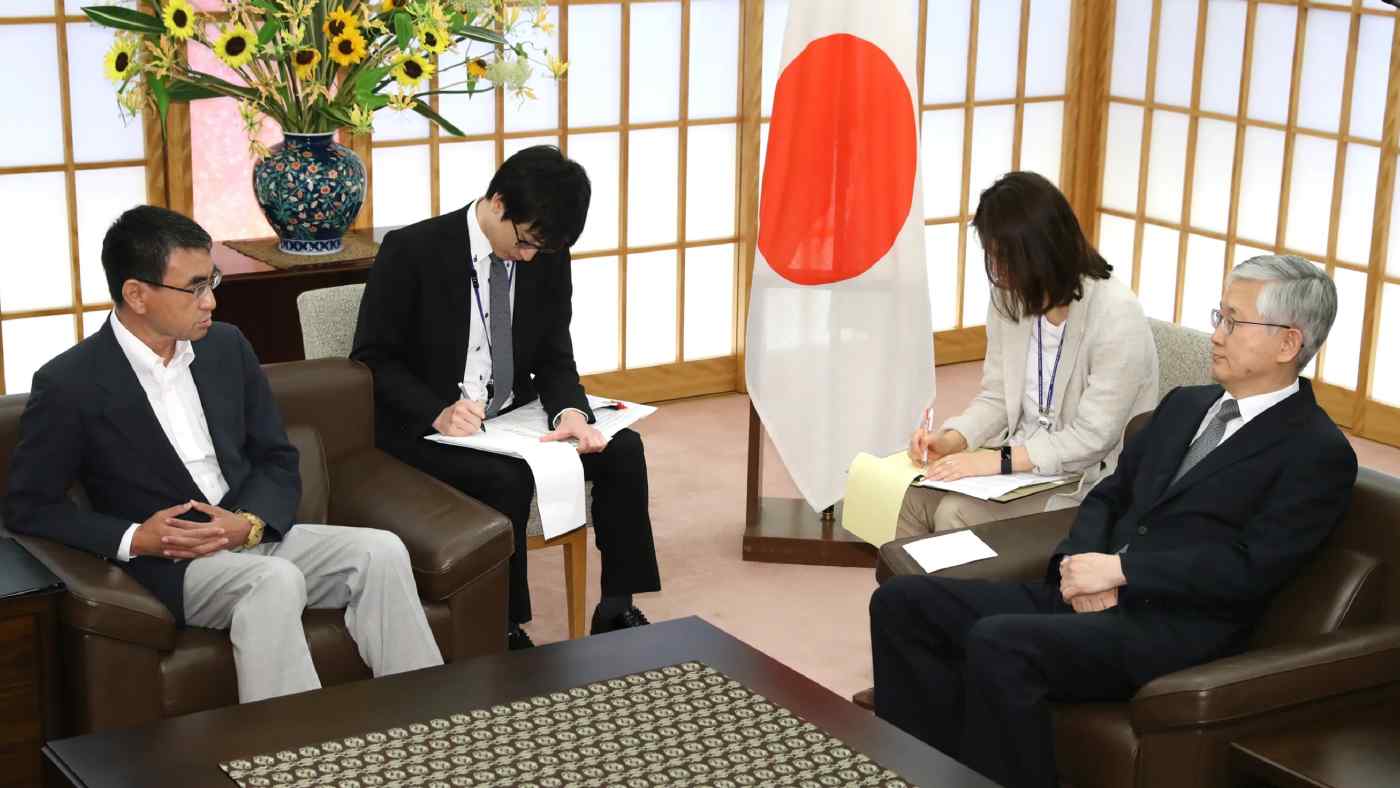 Kono told Nam Gwan-pyo, the ambassador to Japan, that Tokyo is "very disappointed" with Seoul's decision, announced on Thursday. "What the South Korean government is doing is equal to subverting the international order built after World War II," Kono said.