Public opinion remains low on relations with Chinese, high toward US 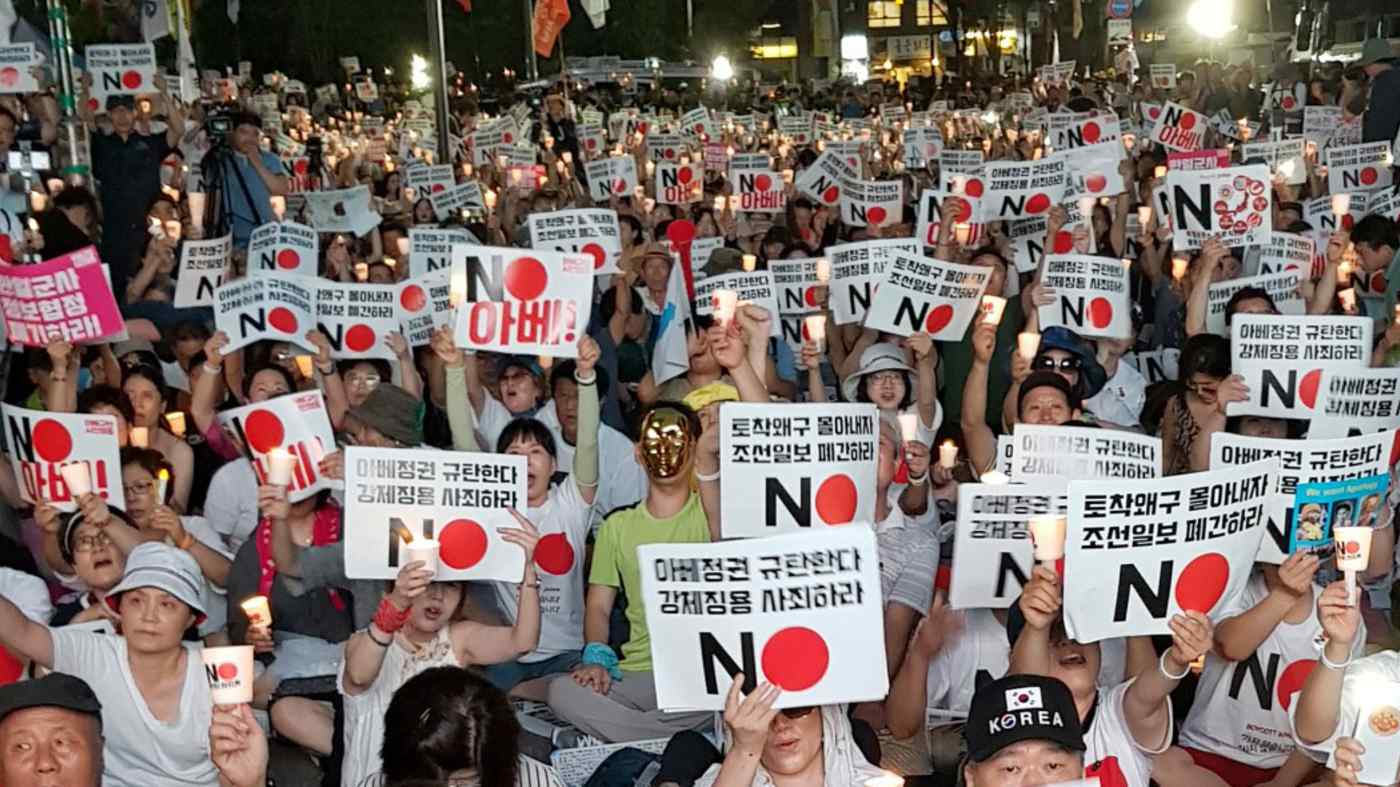 TOKYO -- The growing animosity between Seoul and Tokyo has chilled public sentiment to a 41-year low in Japan, where only about one-quarter of individuals feel close to South Korea, a Cabinet Office survey released Friday shows.

Just 26.7% of the respondents said they "have an affinity" or "are on the side of having an affinity" for South Korea. This figure plunged 12.7 percentage points from the previous poll in October 2018 and fell to the lowest since the survey began in 1978.