Proposal to fund compensation with donations faces opposition at home 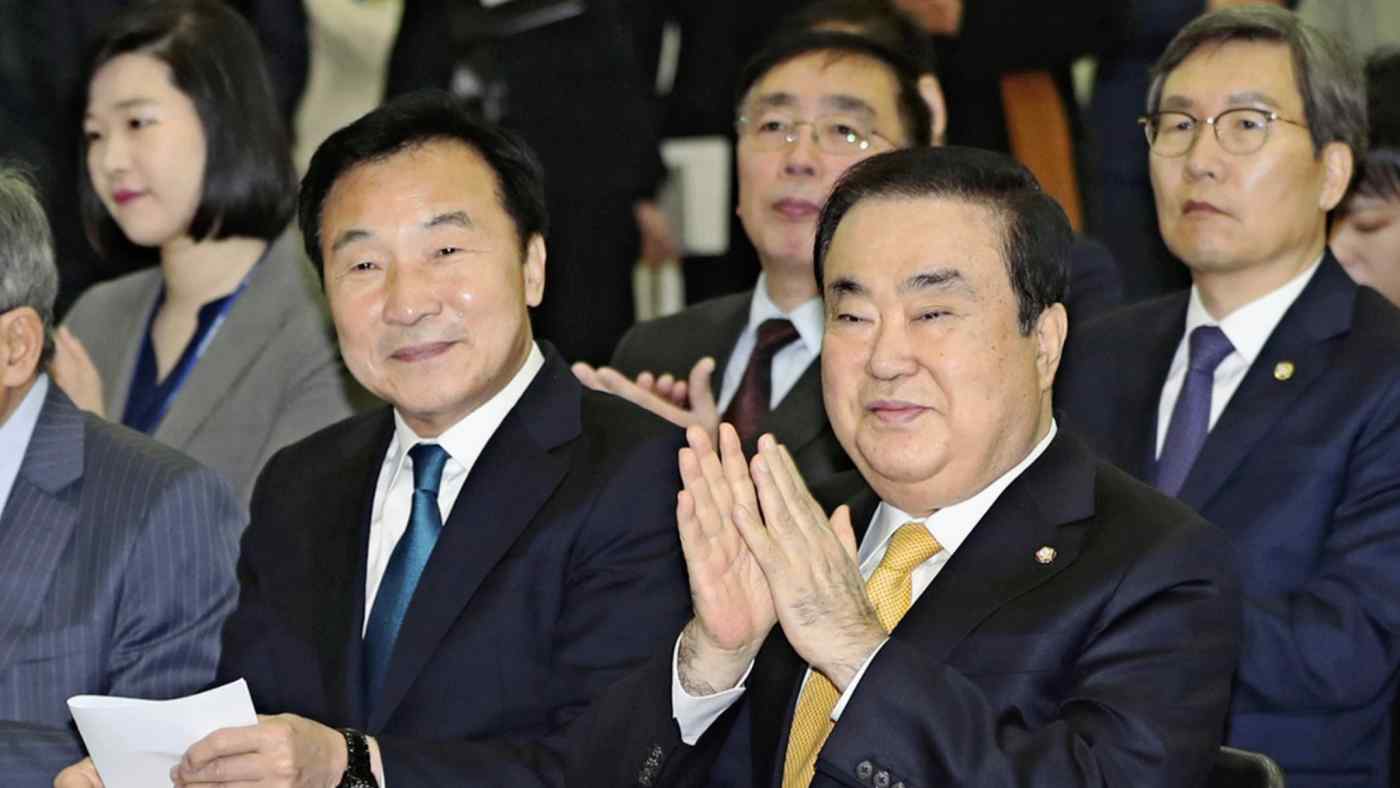 SEOUL -- South Korean lawmakers on Wednesday submitted legislation designed to break Seoul's political deadlock with Tokyo over wartime labor compensation, although its prospects in the parliament are uncertain because of stiff opposition from plaintiffs in court cases as well as civic groups.

Japanese Prime Minister Shinzo Abe and South Korean President Moon Jae-in are scheduled to meet for the first time in 15 months on Tuesday. By submitting the legislation ahead of the meeting, South Korean lawmakers hope to showcase their effort to tackle the issue at the core of the current standoff between the two countries.