Moon open to talks with Japan over 'unwarranted' export curbs 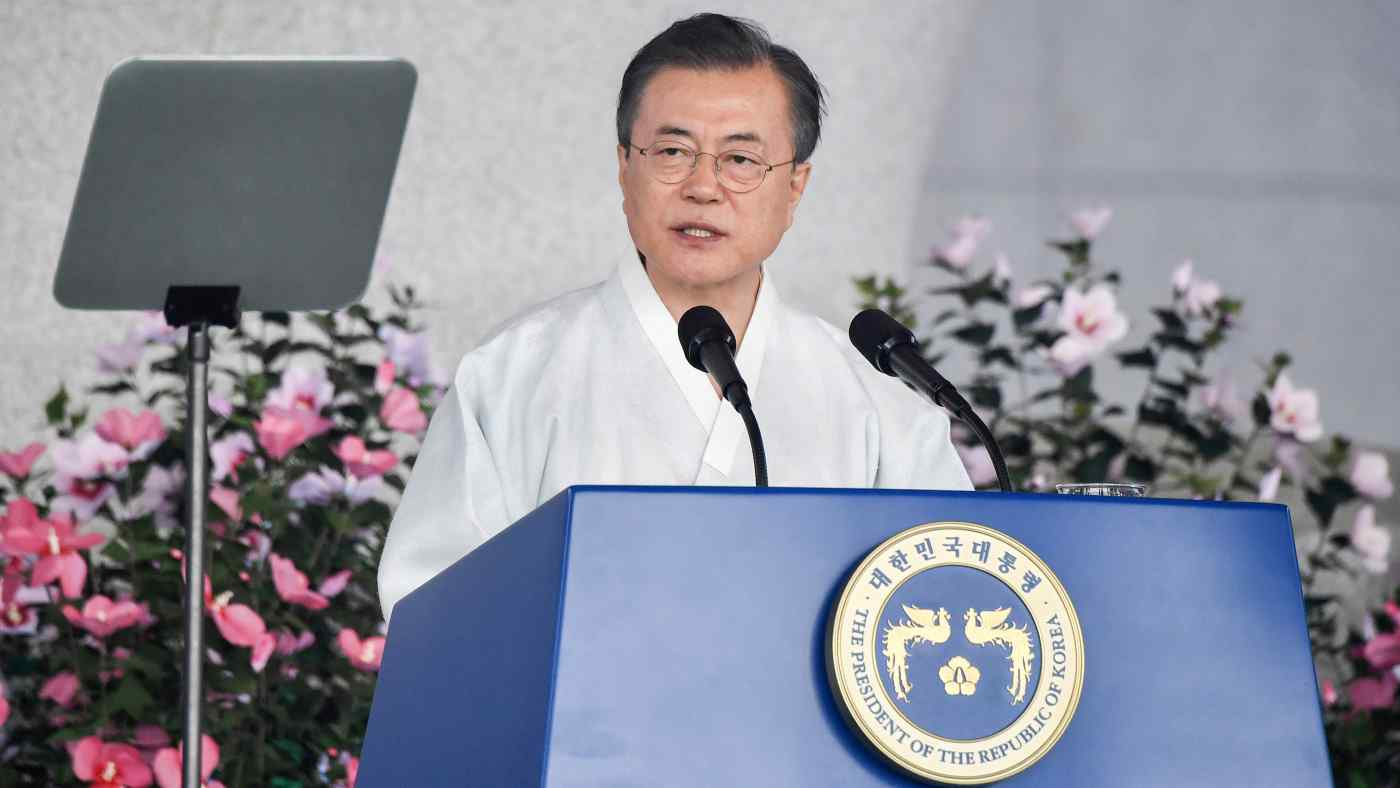 SEOUL -- South Korean President Moon Jae-in sought to cool tensions with Japan, calling for talks on the escalating dispute over export curbs that threaten both countries' economies as well as regional security.

In a speech in Seoul to mark the 74th anniversary of the end of Japan's occupation of the Korean Peninsula (1910-1945), Moon reflected on the neighbors' shared history and expressed hope for cooperation over trade.