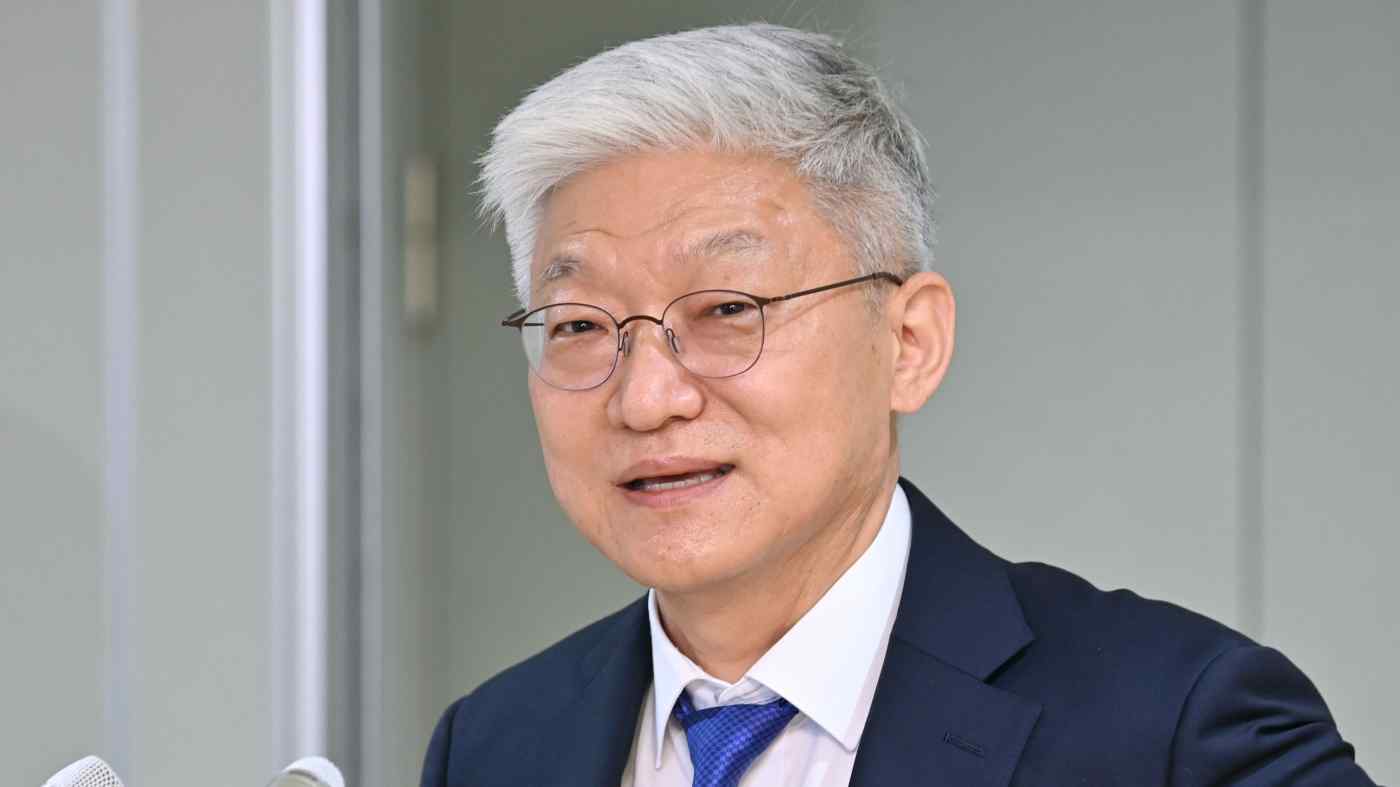 TOKYO (Kyodo) -- New South Korean Ambassador to Japan Yun Duk-min arrived at his posting Saturday with a mission to improve bilateral ties that have soured over wartime labor and other issues stemming from Japan's colonial rule of Korea.

"South Korea and Japan are the most important partners that share strategic benefits," Yun told reporters at Tokyo's Haneda airport. "I will do my best to build a future-oriented relationship between South Korea and Japan, based on our shared values."

Fluent in Japanese, Yun, 62, is a foreign policy expert who obtained a doctorate from Japan's Keio University. He is expected to coordinate with Japan on behalf of his nation.

South Korean Foreign Minister Park Jin on Monday begins a three-day visit to Japan, his first since taking up the role. He will meet with Japanese counterpart Yoshimasa Hayashi Monday afternoon, according to the Japanese Foreign Ministry.

When Yun received his credentials from President Yoon Suk Yeol on Friday, the president conveyed to him his resolve to "restore South Korea-Japan relations as soon as possible to when they were best," the ambassador said.

Yun also said wartime labor and other pressing issues "cannot be resolved by the power of just one country," adding, "If we work on them by cooperating with each other, any issue can be resolved, no matter how difficult that is."

Yun visited Japan before Yoon's presidential inauguration in May as part of a delegation from the president-elect and held talks with Prime Minister Fumio Kishida and other Japanese officials.

Tokyo has called on Seoul to avoid the liquidation of assets seized from the companies, warning of serious consequences to the relationship.

South Korea's top court could issue a ruling on the envisioned liquidation in August or September, according to local media.

Yun succeeded Kang Chang Il, who had his first meeting with Hayashi only in mid-June just before leaving the ambassadorial post he had assumed in January last year. Bilateral ties had then been frayed for some time under Yoon's predecessor Moon Jae In.