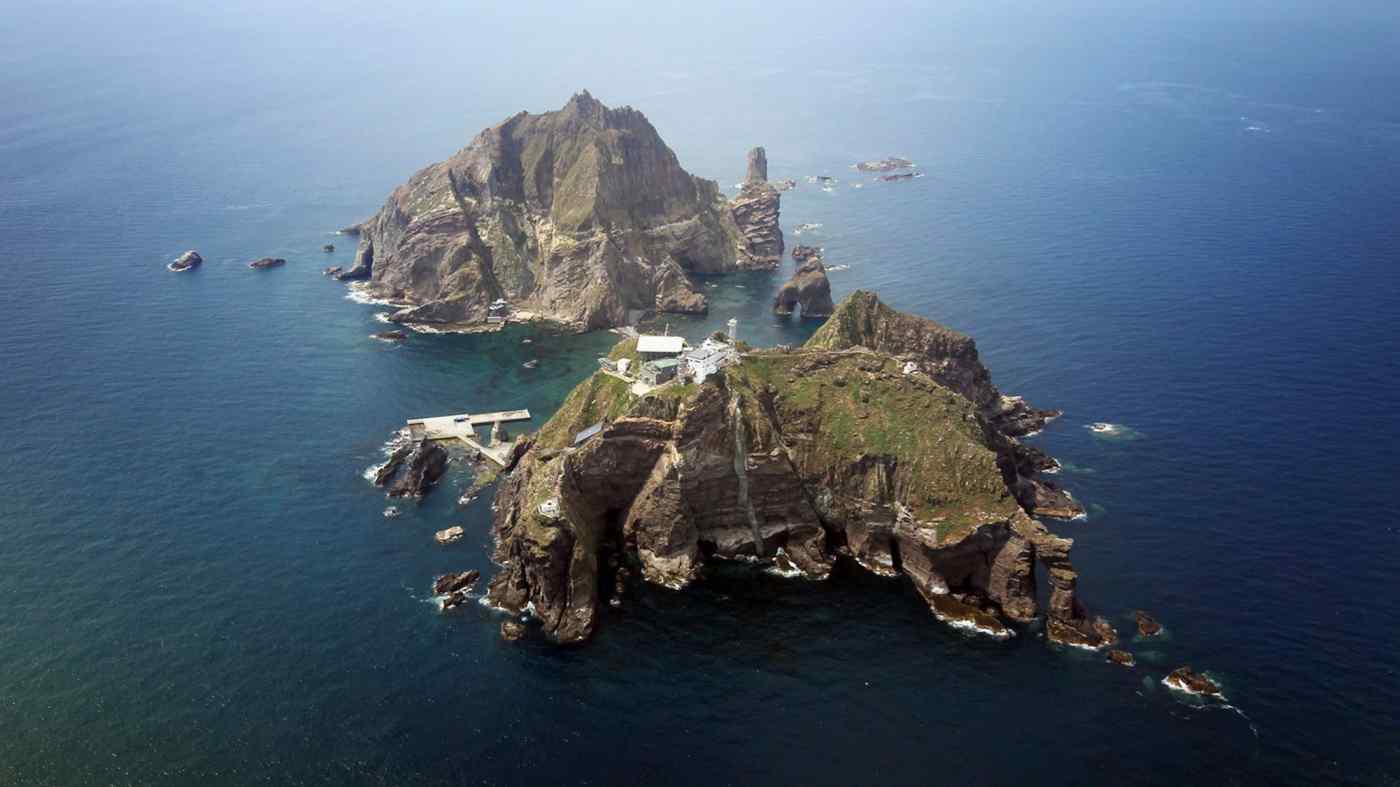 A set of remote islands called Dokdo in Korean and Takeshima in Japanese is seen in this picture taken from a helicopter in 2012.    © Reuters
June 15, 2021 15:31 JST | Japan
CopyCopied

SEOUL (Kyodo) -- South Korea's military and maritime police began a joint defense exercise on Tuesday around a group of islets in the Sea of Japan, local media reported, with Japan protesting the move around the outcroppings it claims.

The South Korean-controlled islets are called Takeshima in Japan and Dokdo in South Korea. South Korea conducts the drill twice a year, usually in June and December.