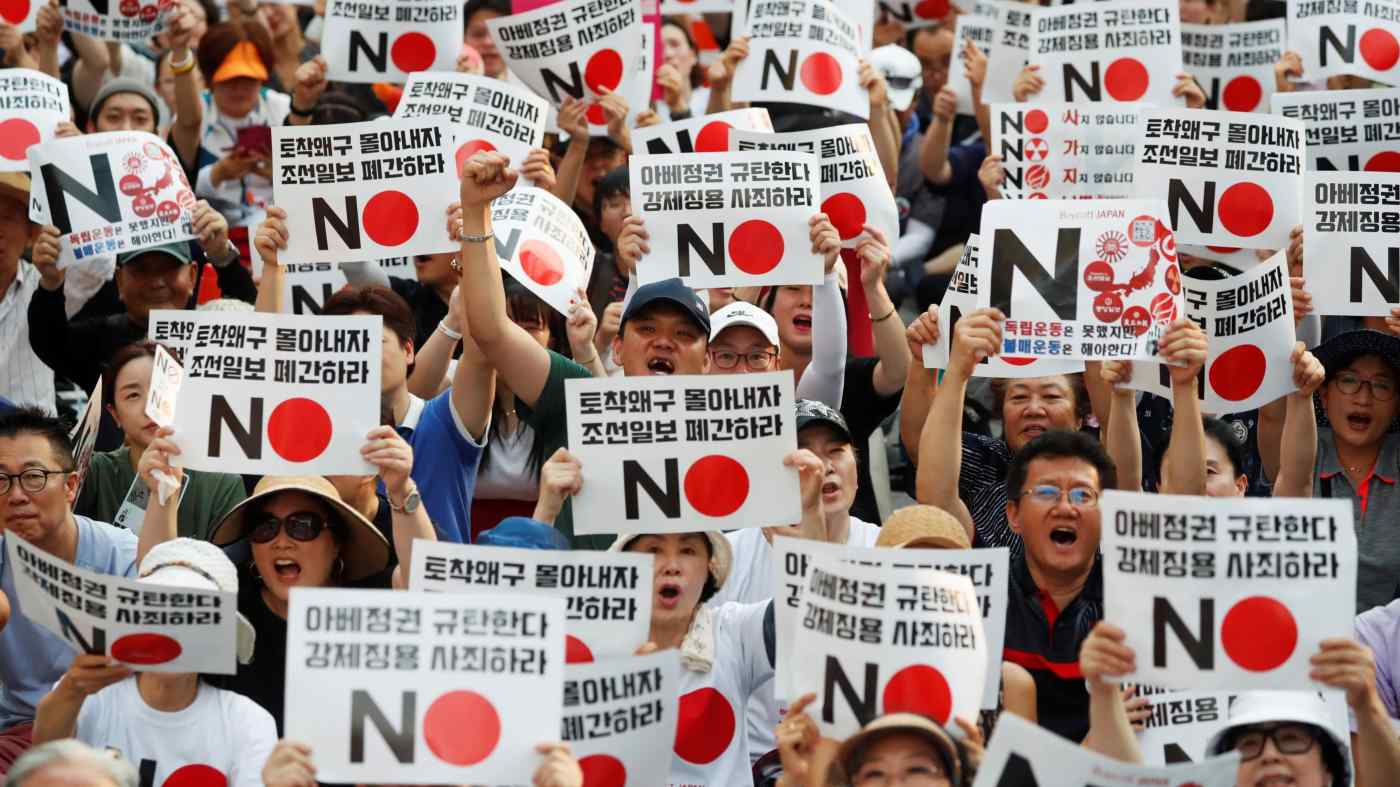 The decision to expedite the package was made at a special cabinet meeting. The money will go towards diversifying suppliers and localizing production of materials and components that depend on Japan.

The emergency stimulus is part of a 5.83 trillion won supplementary budget to boost a sluggish economy and comes in anticipation of a delay in Japanese imports after Tokyo's decision Friday to formally remove South Korea from a list of preferential trading partners later this month.

Seoul retaliated by saying it would remove Japan from its own list of preferred trade partners. Japan and 28 other countries are on South Korea's A-list for strategic materials management.

Memory chips are currently not included in materials that would be subject to export controls. But according to a South Korea media report, a government official said memory chips would be subject to such controls if Seoul determines that there is a risk that the chips could be used for military applications.

The tit-for-tat measures come as trade relations between the countries are in a downward spiral, triggered by Tokyo's decision to curb exports of vital chipmaking materials to South Korea following a Supreme Court decision there in October, which awarded four wartime laborers reparations. Semiconductor manufacturing is a major industry in South Korea.

Japan's decision to curb exports has been met with vitriol by South Korea citizens, who have led boycotts and rallies against Japanese-made products. A protest was set to take place in central Seoul on Saturday night, organized by a group that supports the administration of President Moon Jae-in. Supermarkets in South Korea have been removing Japanese products like beer, a trend that appears set to continue as trade tensions between the two countries escalate.

Hiroshige Seko, Japan's minister of economy, trade and industry, stressed Saturday that the decision to remove South Korea from the so-called white list of preferred trade partners was not an outright ban on exports to South Korea. "The review is aimed at security and does not violate World Trade Organization rules in any way," he said after a ministerial-level Regional Comprehensive Economic Partnership meeting in Beijing.

Furthermore, this merely means that South Korea will receive "the same treatment as ASEAN members," Seko said, referring to the Association of Southeast Asian Nations.

"There are absolutely no trade issues regarding export controls" with ASEAN members, Japanese Foreign Minister Taro Kono, who was in Bangkok to attend the ASEAN Regional Forum meeting, told reporters.