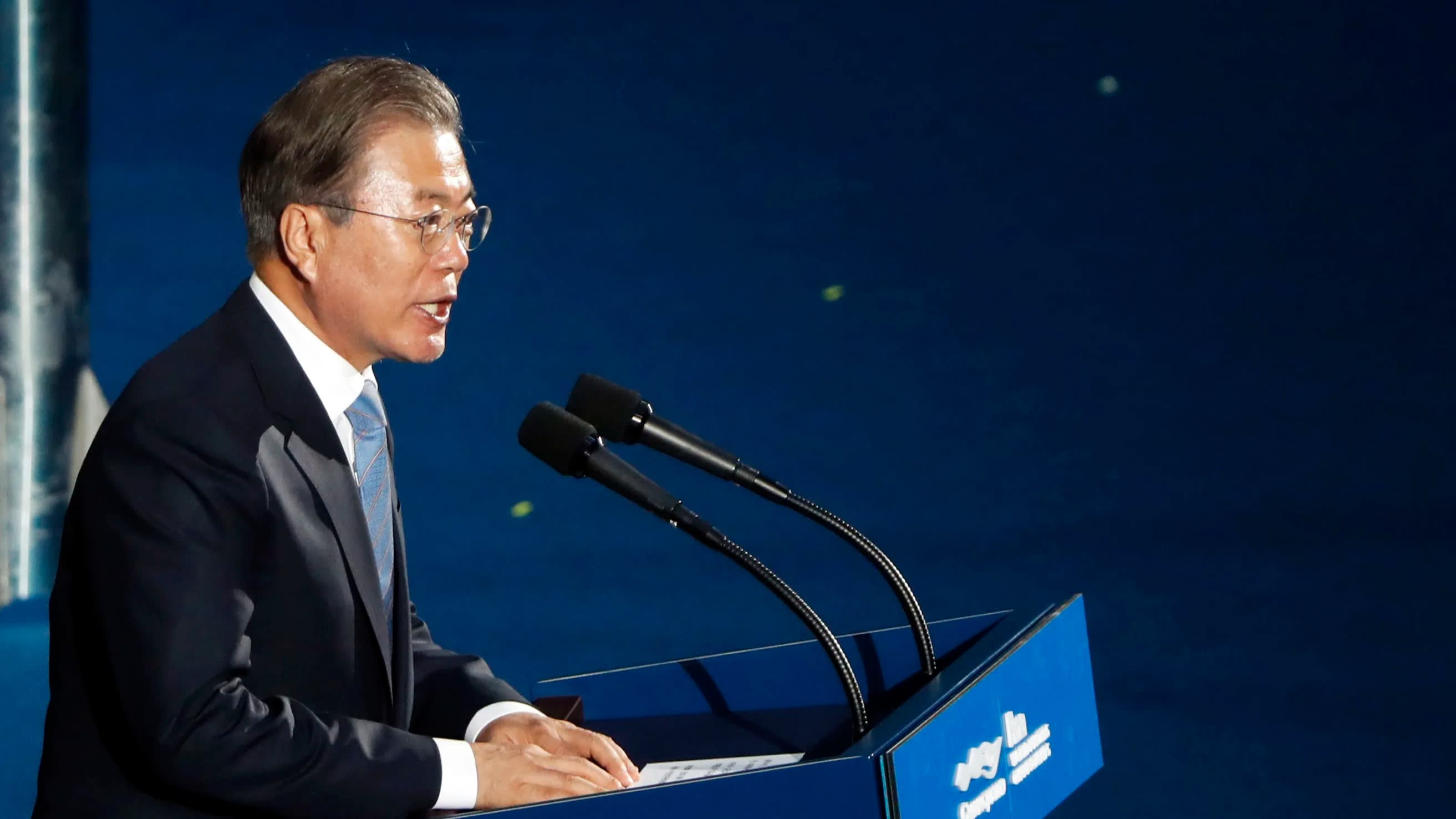 South Korean President Moon Jae-in will be working overtime to try and persuade Japan not to remove his country from its preferential white list.   © Reuters

The presidential Blue House said on Sunday that Moon canceled his five-day holiday scheduled for this week as the Japanese government is expected to exclude South Korea from the list in a Cabinet meeting after Prime Minister Shinzo Abe returns from his holidays on Tuesday.

"President Moon will work at his office as usual," said the Blue House in a text message to correspondents. "But, the president let officials take their holidays as planned."

It is the first time that Moon has canceled his vacation while in office.

Removal from the list means that Japanese companies must get prior government approval before exporting to South Korea, delaying export procedures and hindering the operations of South Korean manufacturers, including Samsung Electronics, SK Hynix and Hyundai Motor.

Analysts say Moon will focus on how to defuse rising tensions with Tokyo. Japan has questioned South Korea's export control system, suspecting Seoul of failing to block strategic materials from being smuggled into North Korea.

The two parties argued the case at the World Trade Organization in Geneva last week. South Korea said Japan violated WTO rules by restricting exports of three chemical materials earlier this month. Tokyo said that its action has nothing to do with trade regulations.

South Korea's Foreign Minister Kang Kyung-wha will try to persuade Japan to keep her country on the white list when she meets Japanese counterpart Taro Kono at this year's ASEAN Regional Forum in Bangkok later this week.

Seoul also wants Washington to pressure Japan in its favor, but the U.S. has not clarified its position on the matter.

As the rift between the two countries widens, Japanese brands are increasingly facing boycotts from South Korean consumers, who view Tokyo's move as a kind of "invasion."

Fitch Solutions Macro Research said that Toyota will suffer the brunt of the fallout from the dispute, while German automakers will benefit. "We highlight the Toyota Group as being the most exposed, as the Lexus and Toyota brands have the two biggest shares of the import market among Japanese brands," said Fitch in a report.

"If consumers are looking for premium imported vehicles, the European brands that dominate the imported market, such as Mercedes-Benz and BMW, are in a strong position to benefit from the consumer backlash against their Japanese rivals."