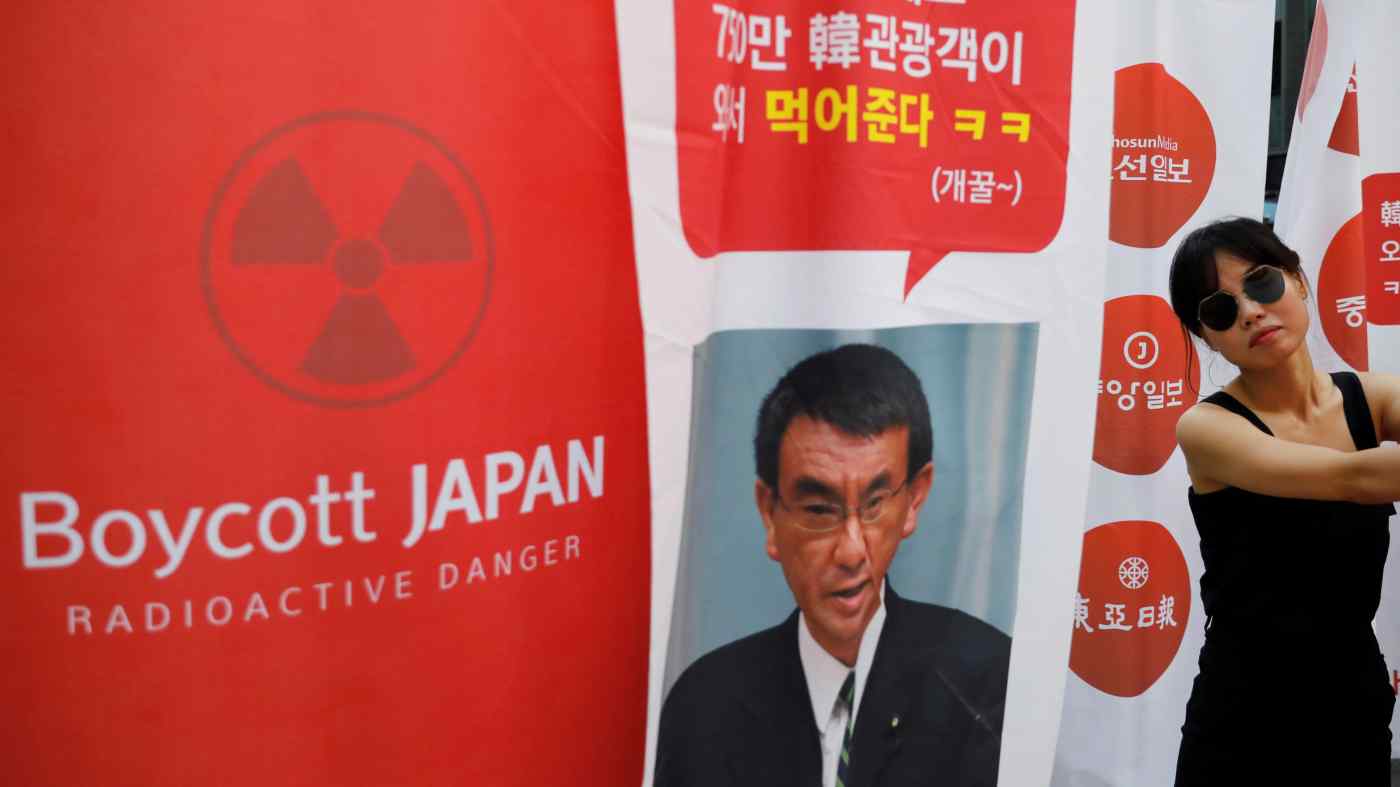 SEOUL -- On Monday, the Chosun Ilbo, South Korea's most widely-circulated newspaper, ran an editorial about a controversy surrounding one politician's choice of lunchtime beverage. It was a symbolic incident of South Korea's internal division, as tensions with Japan over export curbs and wartime labor rise.

A few days earlier, Lee Hae-chan, the leader of the ruling left-wing Democratic Party, dined at a Japanese restaurant in Seoul during a time of growing rancor between his country and Japan over a series of historical and economic disputes.