Pompeo 'disappointed' while Abe stresses continued cooperation with US 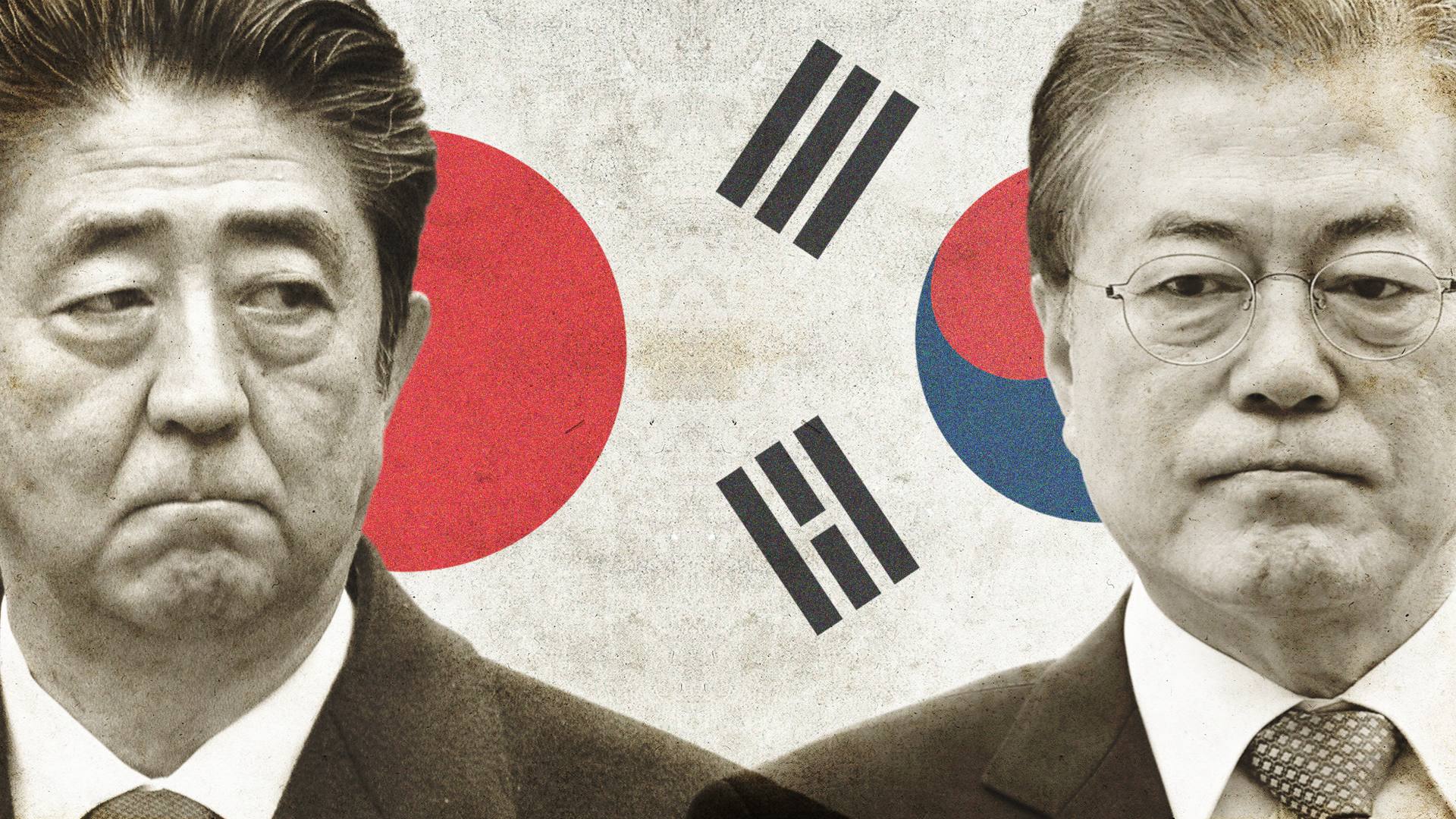 South Korea's move comes on the back on a trade dispute between the two neighbors.

SEOUL -- South Korea decided to end an intelligence-sharing agreement with Japan, escalating a spat that has morphed from historical grievances into a trade dispute.

The decision was made at a National Security Council meeting on Thursday hosted by the presidential Blue House. On Friday, Seoul officially notified Japan. The agreement will expire on Nov. 22.

Kim Yu-keun, deputy director of South Korea's National Security Office, said on Thursday: "We thought that it is not in our national interest to maintain the agreement, " adding that, "We will inform the Japanese government through diplomatic channels by the deadline of the extension, according to the agreement."

Kim said: "The government estimated that the Japanese government caused a critical change in the circumstances of security cooperation between the two countries by excluding our country from the so-called white countries' list, ... with no clear evidence, on Aug. 2."

He said that the intelligence-sharing pact and Japan's export controls on South Korea are completely separate issues. "South Korea's stance is unacceptable, and we protest the move by the South Korean government," he said.

Japanese Prime Minister Shinzo Abe weighed in on Friday, telling reporters that Japan would continue security cooperation with the U.S. and South Korea despite Seoul's move. "Given the security environment in Northeast Asia, [the decision] should not affect trilateral cooperation. We will continue to cooperate with the U.S. to secure the peace and stability of the region and defend the safety of our country."

Asked about South Korea's handling of the issue of wartime labor, Abe said he wants Seoul to restore trust between the two countries by rectifying what Japan sees as a violation of past agreements that were meant to settle the matter. "There will be no change in our basic policy and we will ask South Korea to keep the promise made between the two countries," he added.

The U.S., which counts on cooperation with Japan and South Korea to contain North Korea, immediately expressed disappointment. "We are disappointed to see the decision the South Koreans made about that information-sharing agreement," U.S. Secretary of State Mike Pompeo said Thursday. "We are urging each of the two countries to continue to engage."

"There is no doubt that the shared interests of Japan and South Korea are important and they're important to the United States of America," he said.

The U.S. Defense Department also expressed concern in a Thursday statement. It urged Japan and South Korea to remain united with the U.S. on mutual defense and security despite tension in other areas of their relationship.

The neighbors signed the agreement in 2016 out of a desire to cooperate in the face of an increasing threat from North Korea. The agreement stipulates how the countries can share military intelligence.

The decision came one day after South Korean Foreign Minister Kang Kyung-wha met with her Japanese counterpart, Taro Kono, in Beijing. South Korea's foreign ministry said Kang had expressed regret in regard to Japanese Prime Minister Shinzo Abe's decision to exclude South Korea from its "whitelist" of trusted trading partners earlier this month. She urged Tokyo to withdraw the decision that makes it more cumbersome for South Korean companies to import certain materials from Japan.

Analysts say Seoul should be careful about escalating the feud to include the intelligence agreement, which benefits both countries.

"We had better keep the agreement," Lee Su-hoon, a professor at Kyungnam University and a former ambassador to Japan, said at a forum. "We need military information. However, sharing high-class information should be based on trust."

Leif-Eric Easley, a professor at Ewha University in Seoul said in a report: "The Moon government may see this decision as domestically popular and as a symbolic, low-cost way of signaling resolve to Tokyo. However, this move will raise international concerns that Seoul misreads the regional security situation and is presently unwilling to shoulder its responsibility for improving Korea-Japan relations. "

"The agreement was not just about sharing intelligence, but creating a symbolic bond between Japan and South Korea on security matters," said Yoji Koda, a retired vice admiral of the Japan Maritime Self-Defense Force.

"The U.S., which would be the one taking action in a crisis, is the one that suffers," Koda said. "South Korea broke off its relationship with Japan purely for unilateral reasons and hurt the U.S., an ally. It has much to lose."

The Japanese government has argued that the verdict goes against the 1965 Basic Treaty, which states that the issue has been resolved. Under the treaty, Japan provided South Korea with $300 million in grants and $200 million in lending, ostensibly as economic assistance. But South Korean President Moon Jae-in's government says it is obliged to respect the court ruling.

While the court has allowed plaintiffs to seize assets of Nippon Steel and Nachi-Fujikoshi, no assets have yet been liquidated. Tokyo considers the sale of seized assets to be a red line.

Hajime Izumi, a professor of Tokyo International University, says Seoul, too, is aware that such asset sales would mark a point of no return.

"As long as South Korea does not sell the assets seized from the companies, it can reverse course," he said. "And that's why South Korea has not crossed that line. If it cashes the assets, Tokyo would be forced to take the next step."

Additional information from Tokyo and Washington was added to this report.