Seoul and Tokyo still at odds over compensation for wartime laborers 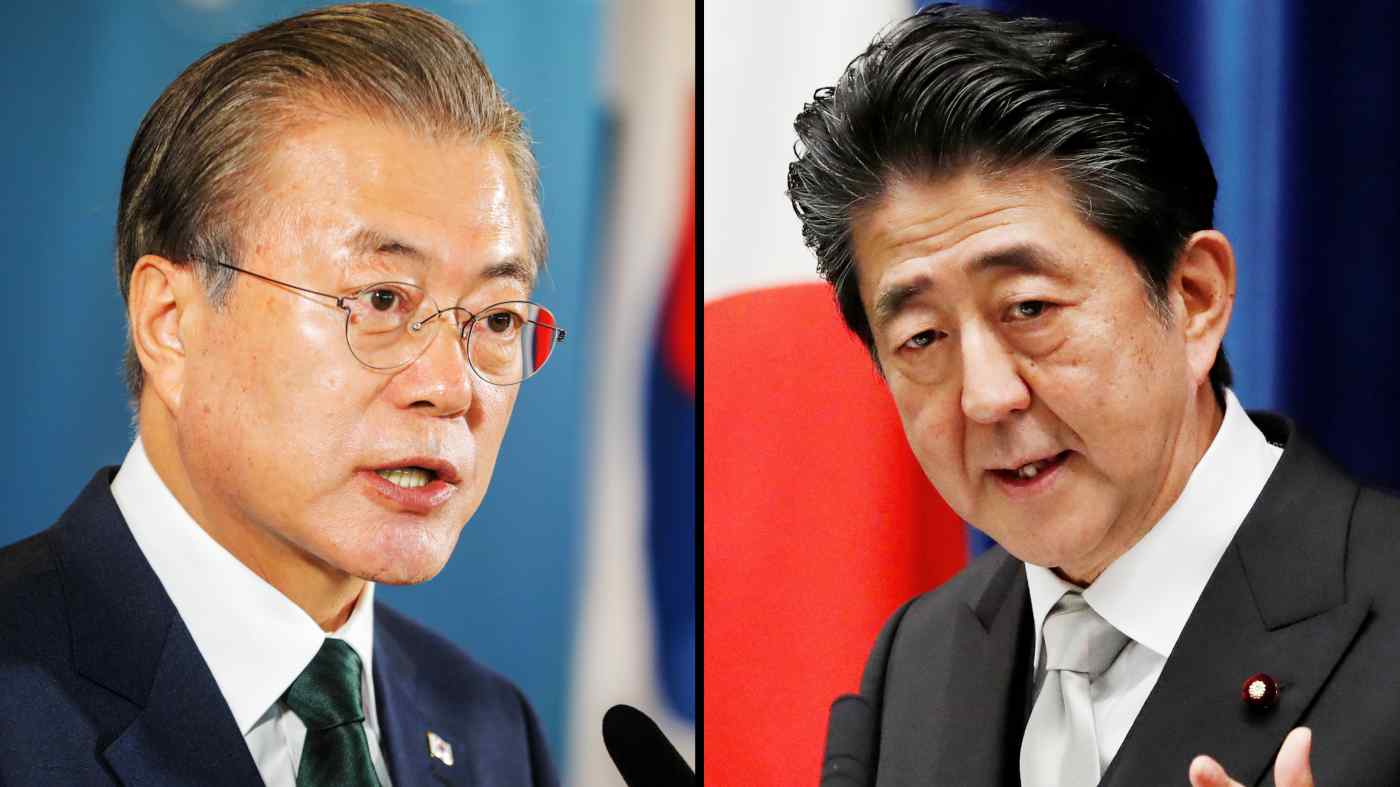 The presidential Blue House said Monday that it is working to arrange meetings with foreign leaders during the ASEAN Summit in Bangkok next week and the APEC Summit in Santiago, Chile, being held from Nov 11 to 17. Moon and Abe will attend both.

"We are still tuning up for summits," said Ko Min-jung, Moon's spokesperson, at a media briefing. "However, we cannot confirm which countries are more likely [for summits] than others."

The announcement comes a year after South Korea's top court upheld a lower-court ruling that Nippon Steel must pay 100 million won ($85,600) in compensation to each of the four plaintiffs. The ruling drew a strong protest from Japan, which argued the compensation issue has been settled by a 1965 treaty between the two countries.

The Japanese media have reported that the government has no intention of arranging a summit unless Seoul takes concrete steps to deal with the matter.

The 1965 agreement normalized diplomatic relations between the neighbors, with Japan paying $300 million in compensation and extending an additional $200 million in loans for its 35 years of colonial rule on the Korean Peninsula from 1910 to 1945.

Relations between Tokyo and Seoul have soured since the court decision, spilling over into the economic and military spheres. In July, Japan tightened controls on exports to South Korea, making life difficult for export powerhouses such as Samsung Electronics and SK Hynix.

Seoul responded the following month by declining to renew a military intelligence-sharing pact with Japan, a vital piece of cooperation that helps protect both countries from North Korean military threats. The pact, known as general security of military information agreement, will expire in late November.

One possible solution, said Lee Won-deog, a professor of Japanese studies in Kookmin University in Seoul, would be for South Korea to abandon the idea of compensation, with Japan offering an apology for its illegal annexation of the Korean Peninsula in exchange.

"This will help South Korea deal with Japan from a stronger moral position. This is the way China handled its relations with Japan," Lee said at a forum in Seoul. Lee added that a resolution of the problem should be based on close consultation with victims' groups, as well as by seeking support from opposition parties.