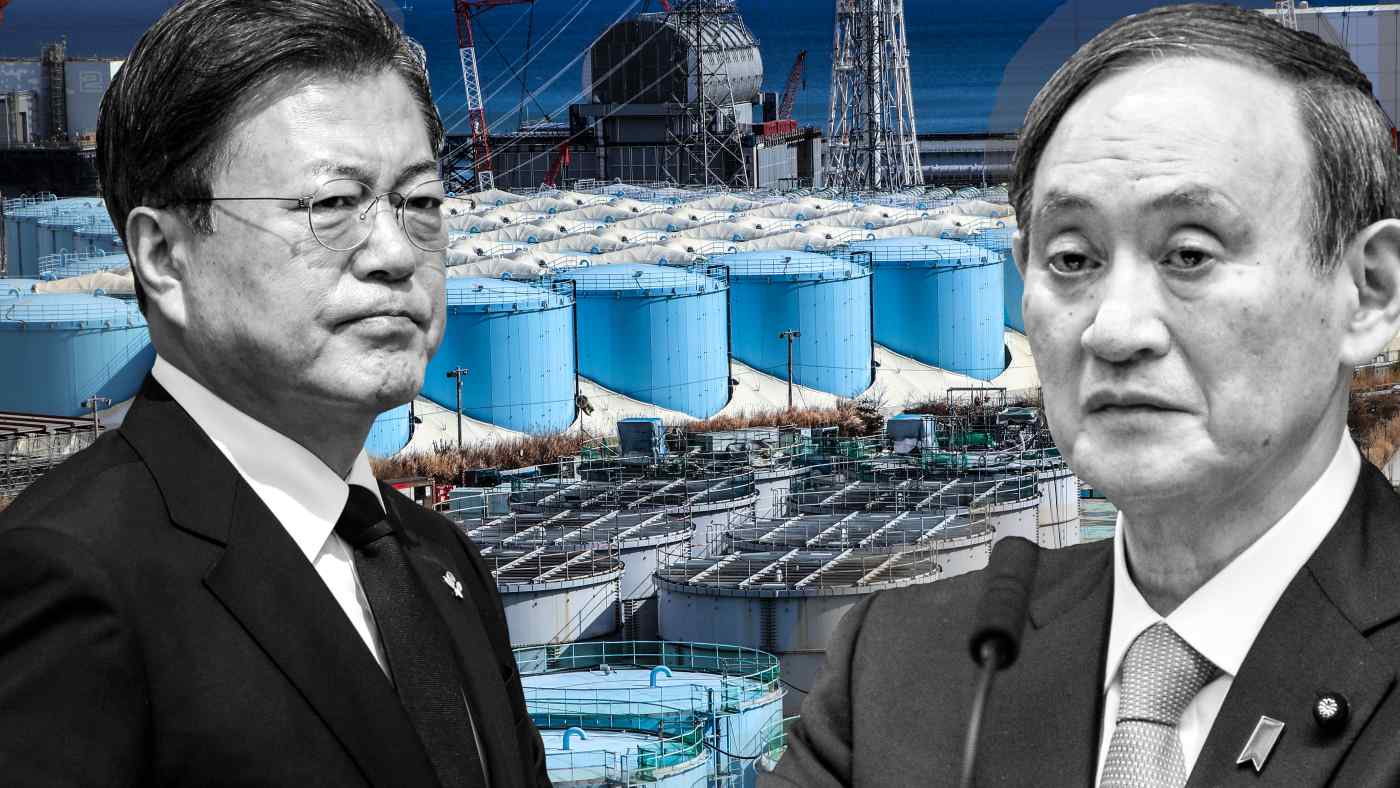 A day after the decision to discharge the water, South Korean President Moon Jae-in on Wednesday asked his secretaries to consider filing a complaint against Japan with the International Tribunal for the Law of the Sea.