Plaintiffs' lawsuit to strike down agreement as unconstitutional is dismissed 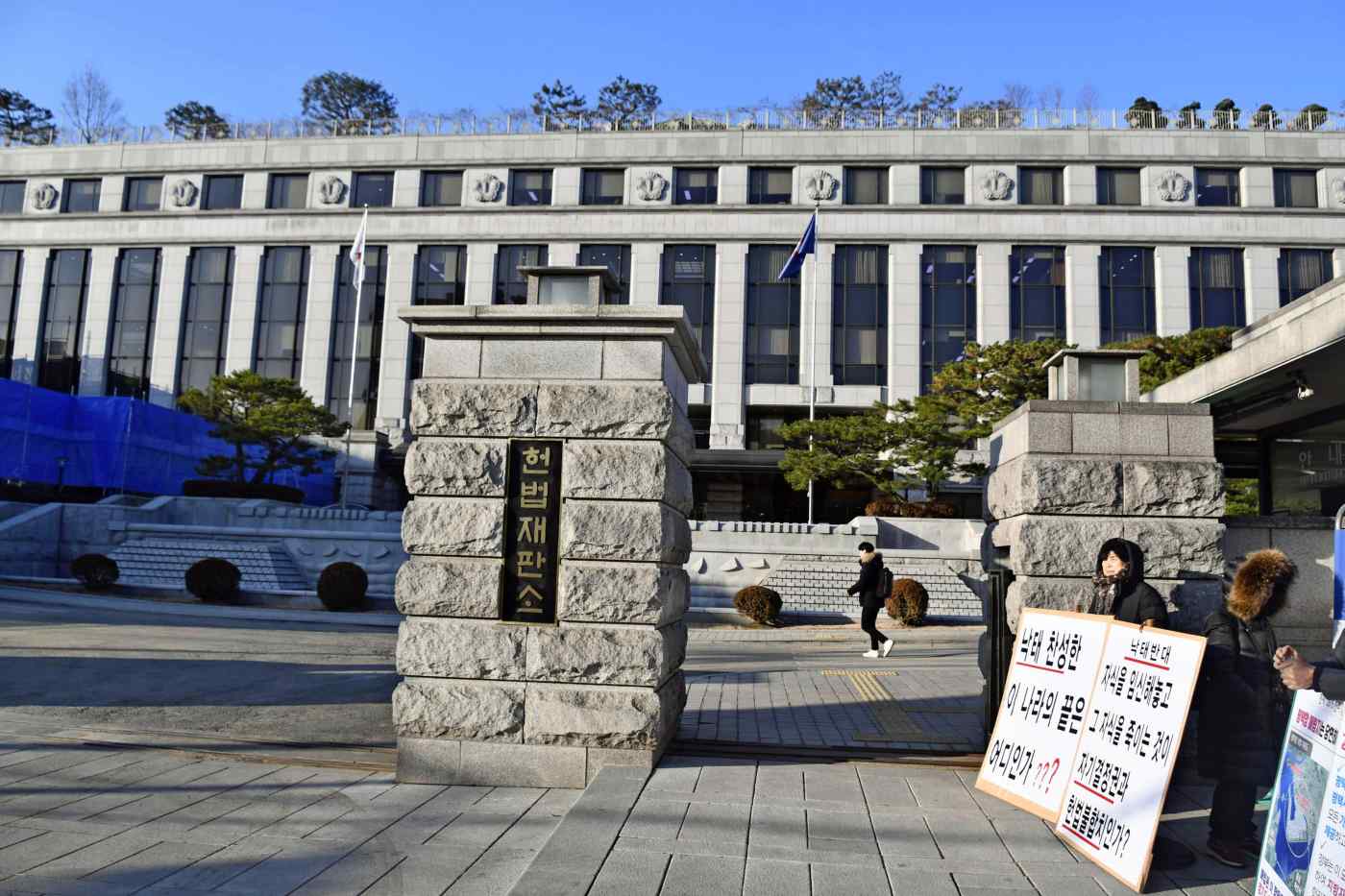 SEOUL (Kyodo) -- South Korea's Constitutional Court declined Friday to rule on the constitutionality of a 2015 deal with Japan that aimed to financially help Korean women who were forced to work in the Japanese military's wartime brothels, but that proved deeply unpopular with South Koreans.

Under the deal, the two countries had agreed to "finally and irreversibly" settle the long-running bilateral feud, with Japan issuing an apology to former comfort women for their suffering and providing 1 billion yen ($9.1 million) to a foundation meant to help the victims financially.

The agreement was negotiated and reached between the previous administration of President Park Geun Hye and the government of Prime Minister Shinzo Abe.

A group of plaintiffs consisting of former comfort women and their family members filed a lawsuit in March 2016 asking the court to strike down the agreement as unconstitutional.

The plaintiffs argued that the deal had closed the door on their bid to seek reparations from Japan on the issue, thus violating their property rights and their right to receive diplomatic protection from the state.

On Friday, the court dismissed the plaintiffs' lawsuit.

The administration of President Moon Jae In, which came to power after the deal, has criticized it, saying the agreement cannot settle the issue because it did not reflect the opinions of surviving victims.