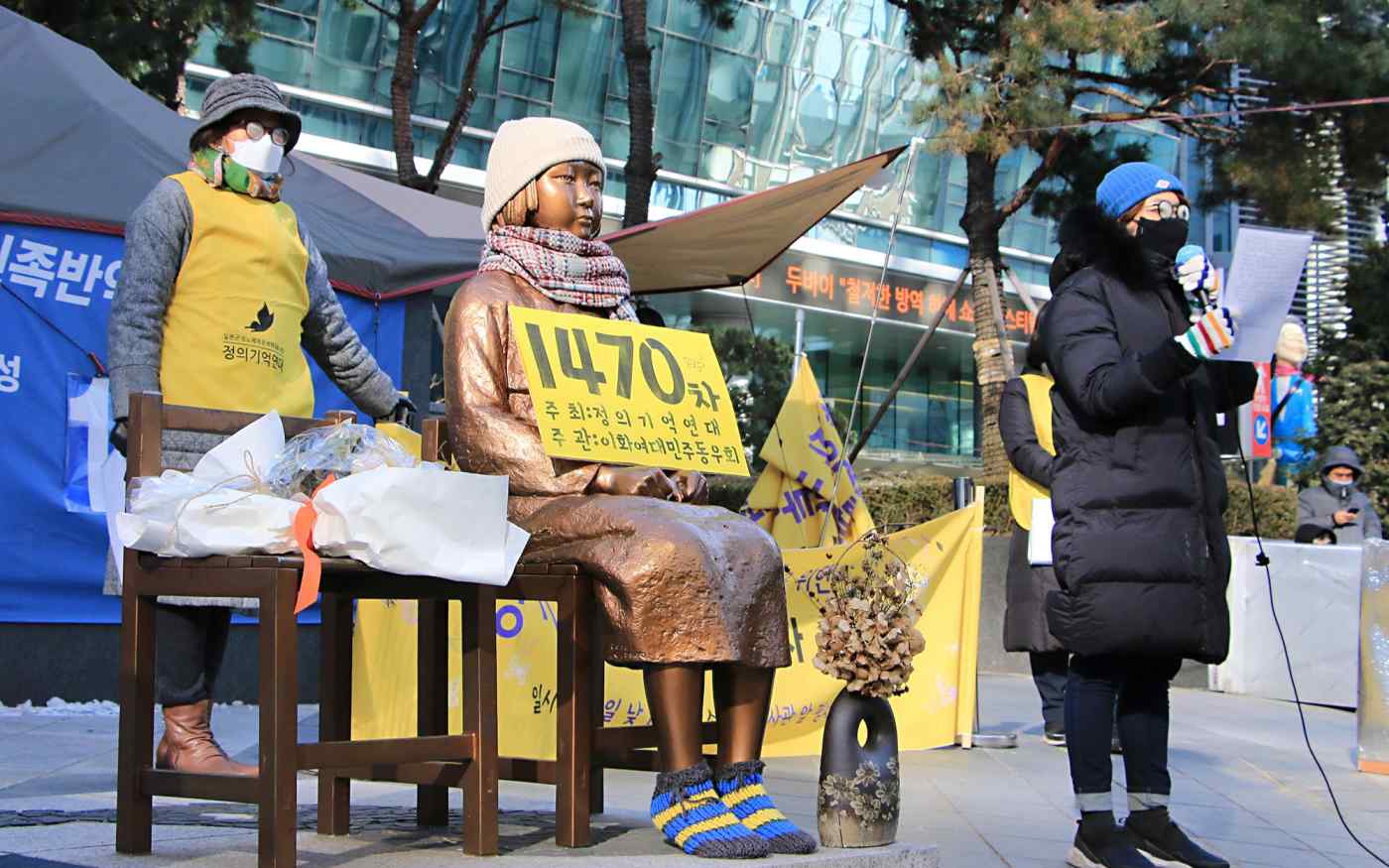 SEOUL -- A South Korean court on Friday handed down a verdict requiring the Japanese government to pay 100 million won ($91,000) each in compensation to Korean women who served as "comfort women" during World War II.

The verdict by the Seoul Central District Court, the first of its kind, came in a case filed by a group of 12 female plaintiffs, some of whom are now dead, demanding 100 million won in compensation.

The ruling will present a new and more serious diplomatic problem between Japan and South Korea, whose relations have been severely strained in recent years over issues stemming from Japan's former colonial rule, including lawsuits filed by Koreans who served as laborers for Japanese companies.

The verdict will be executed whether or not the Japanese government appeals the decision, meaning Tokyo now faces the prospect of its assets potentially being seized by South Korea -- a development that would have far more severe ramifications than an ongoing case over former wartime laborers involving Japanese corporations and their assets in South Korea, and one that could escalate into a dispute between the two states.

Japanese government representatives were not present during the court's deliberations. Tokyo maintains that under international law a sovereign government cannot be sued without its consent.

However, Japanese Prime Minister Yoshihide Suga said Japan could not accept the court ruling and that "the lawsuit should be dropped."

Takeo Akiba, Japan's vice foreign minister, summoned South Korean Ambassador Nam Gwan-pyo to express an "extremely strong protest" against the decision and said that he and Nam discussed their intention of preventing the verdict from having an "undesirable impact" on their bilateral ties.

The South Korean court determined, however, that the case is one of human rights and that the principle of sovereign immunity is not applicable.

Japan has argued that the issue of comfort women was settled when the two countries concluded an agreement settling all claims as part of a treaty normalizing diplomatic relations in 1965, and also through a bilateral accord on the comfort women issue in 2015.

The court ruled that the right of the comfort women to seek compensation lay outside the scope of these agreements and was not yet void.

Japan faces another ruling in South Korea next Wednesday in a suit filed by former comfort woman Lee Yong-soo and a support group for comfort women, the Korean Council for Justice and Remembrance.

The ruling came as Tokyo appointed Koichi Aiboshi as new ambassador to Seoul on Friday. Aiboshi, currently ambassador to Israel, previously served as a minister at the embassy in Seoul.