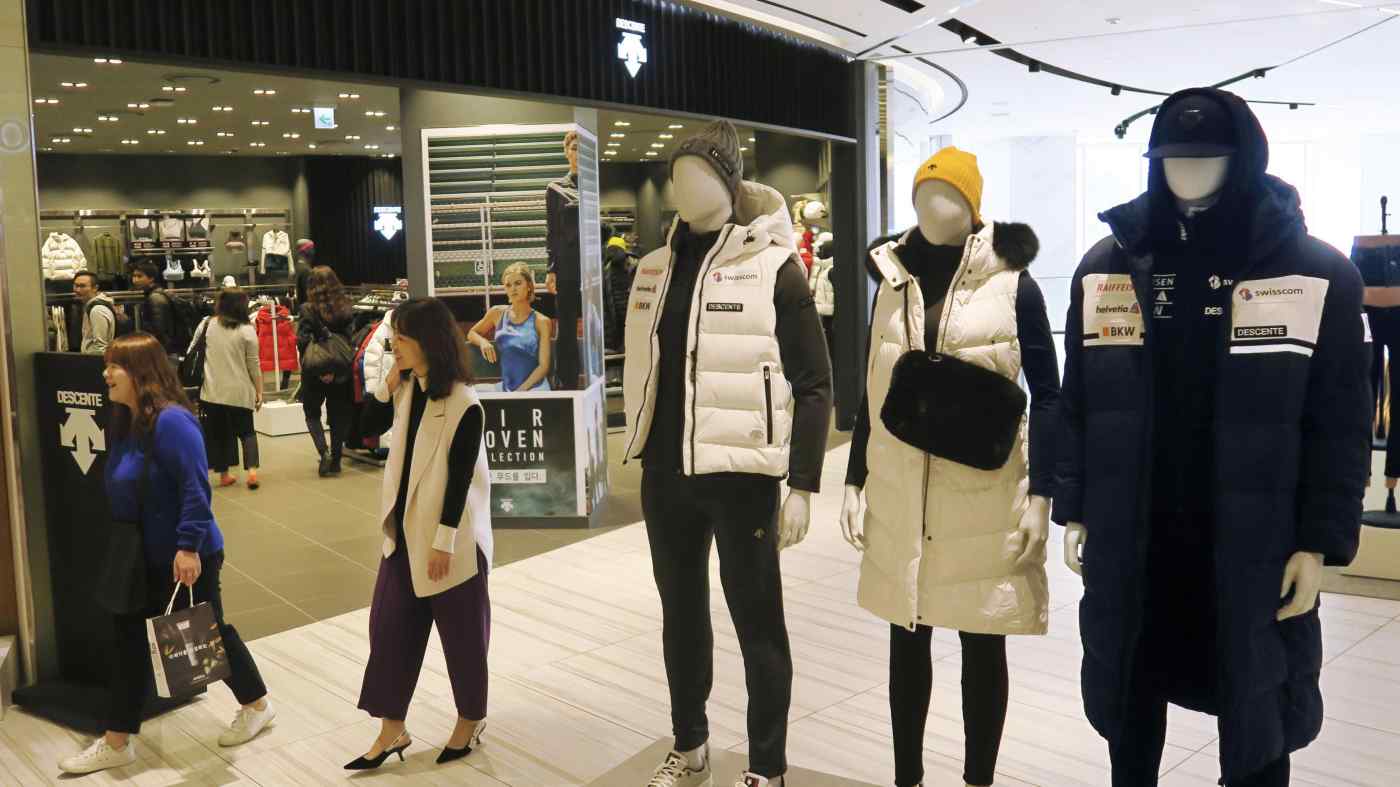 Clothing maker Descente, which makes about half its sales in South Korea, now predicts a net profit of 700 million yen ($6.42 million) for the fiscal year through next March, down 82% from the previous year.   © Kyodo
TSUKASA MORIKUNI, Nikkei staff writerNovember 14, 2019 13:19 JST | Japan
CopyCopied

TOKYO -- Animosity between Japan and South Korea is weighing on the bottom lines of Japanese companies that rely heavily on sales to South Korea, with their combined net profit falling more than 30% in the July-September quarter versus a year earlier.

These companies are struggling as tensions between the neighbors rise following developments such as Japan's tightening of export controls on inputs used by South Korean chipmakers. Sportswear maker Descente, for example, has cut its net profit forecast for the current business year by more than 80% from the previous year.