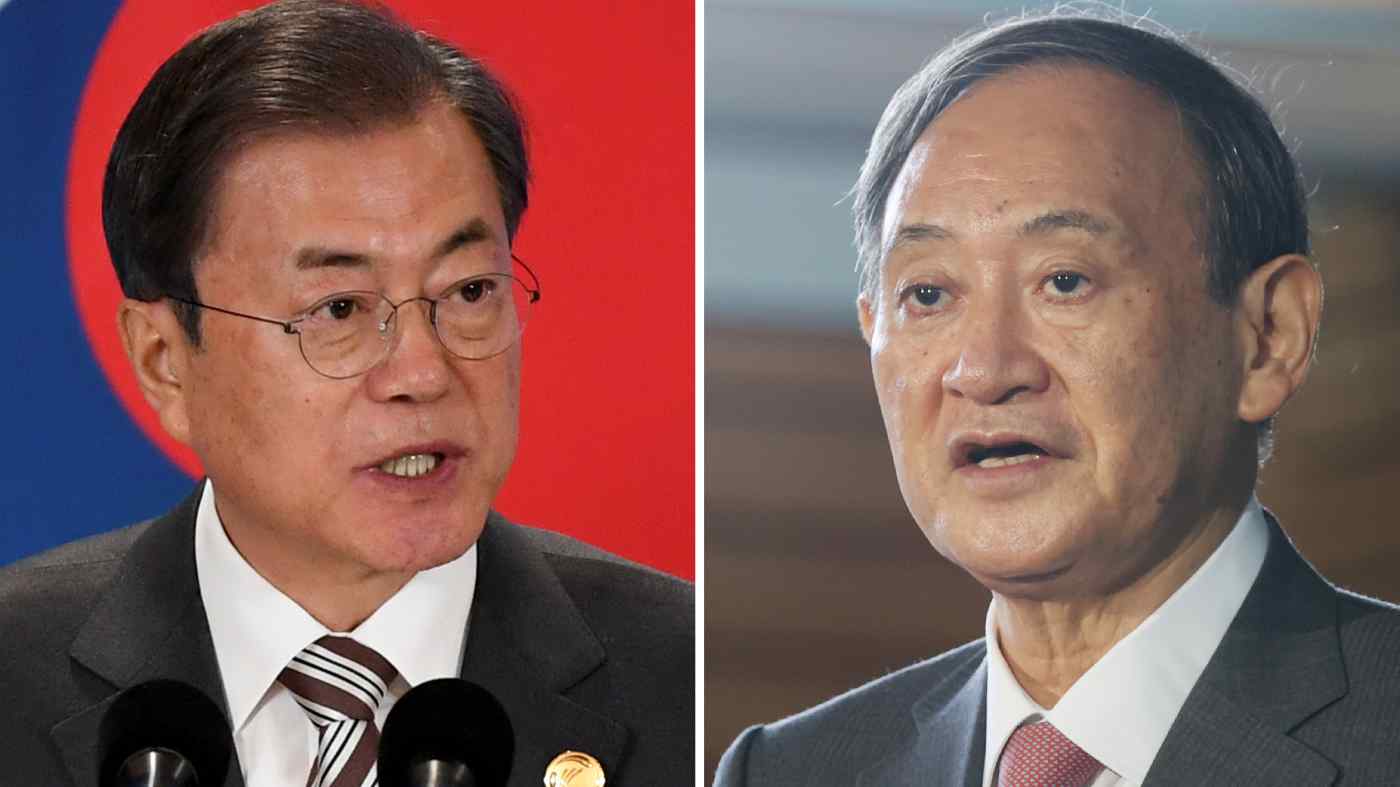 TOKYO/SEOUL -- In the first direct exchange between the leaders of the two countries in nine months, new Japanese Prime Minister Yoshihide Suga raised the thorny issue of Koreans forced to work for Japanese companies during World War II in a call with South Korean President Moon Jae-in.

"I told President Moon that we cannot leave our bilateral relationship, which has been extremely damaged by matters such as the [wartime] laborer issue, as it is," Suga told reporters in Tokyo after the roughly 20-minute call on Thursday morning. "On the basis of [Japan's] consistent stance on a range of issues, I hope to push for South Korea to respond appropriately from now on."