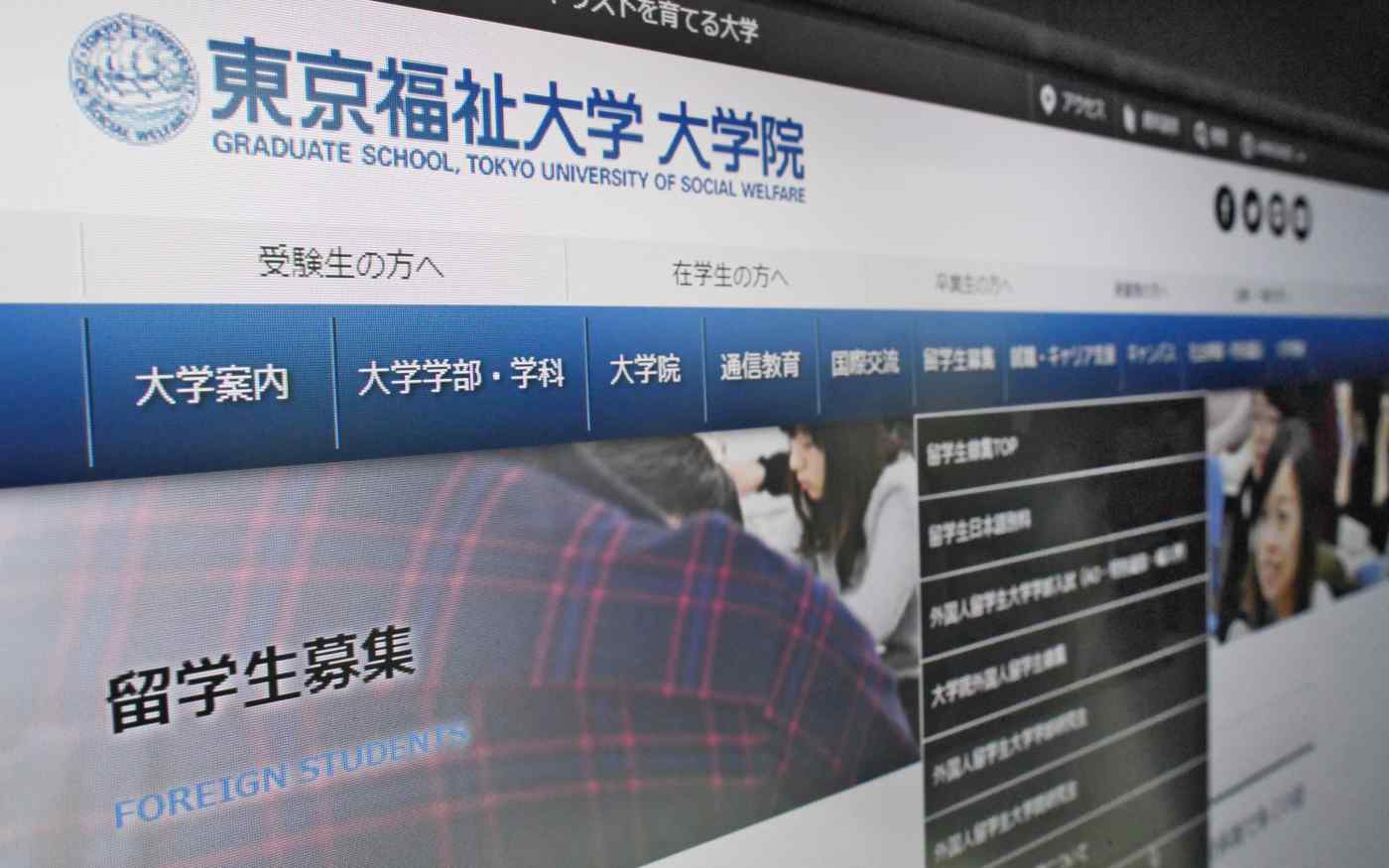 TOKYO -- A Tokyo school has been barred from accepting foreign students to its pre-college program following a revelation that it has lost track of 1,600 students, Japan's government announced on Tuesday.

The scandal at Tokyo University of Social Welfare shows that Japan's foreign student program is ripe for exploitation.

The program was adopted to boost the number of foreign students at Japanese colleges to 300,000 and internationalize Japan's higher education system. But it has become a loophole for unscrupulous college operators struggling with Japan's declining youth population and a gateway for foreigners seeking employment in Japan, where wages are higher than in many other Asian nations.

Student visas allow their holders to work 28 hours a week in Japan.

Now these schools are becoming targets of a crackdown initiated by Prime Minister Shinzo Abe's government, which wants to cut off illegal immigration as it tries to get the public to accept a wave of foreign workers through an official fixed-term employment program.

The government is demanding the college in question, based in Toshima Ward, improve its oversight of foreign students. The government is considering other punitive measures, including a cut in or discontinuation of government subsidies.

According to the education ministry, the university admitted some 12,000 students between the academic years 2016-18. Of the arrivals, 1,600 have gone missing. In addition, 700 others have dropped out and 178 have been expelled.

The large-scale truancy problem first came to light in March.

The university began its foreign student drive several years ago but has not adequately expanded its faculty. When students stopped attending lectures, the college did little to reach out to them.

To prevent a recurrence, the education ministry is set to require universities to file monthly reports on the number of foreign students who have been expelled, have dropped out or have lost touch with the school.

Schools deemed to have problems overseeing foreign students will be given a warning from the education ministry. Those that fail to take sufficient action will be reported to the justice ministry and barred from accepting foreign students until appropriate controls are put in place.