Expat children in Japan risk falling behind in Japanese lessons

Location matters: Student-teacher ratio three times as high in Chiba as in Tokyo 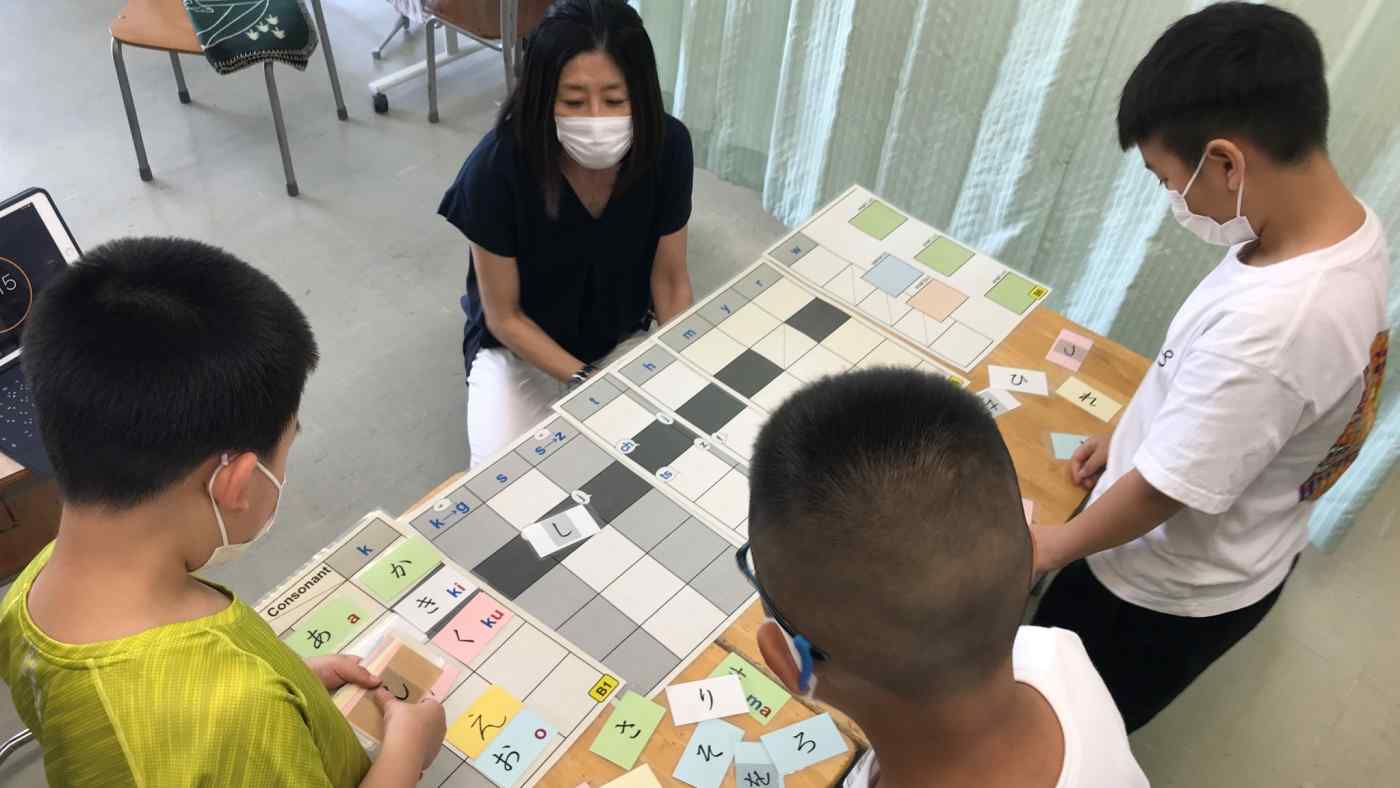 Yokohama provides daily Japanese classes to children who have been in the country for less than half a year. (Photo by Chuni Kim)
CHUNI KIM, Nikkei staff writerSeptember 15, 2021 11:08 JST | Japan
CopyCopied

TOKYO -- The teaching of Japanese to children of foreign nationals in Japan varies widely across the country, with some areas lacking enough teachers for proper instruction, government data obtained by Nikkei shows.

Tokyo, for example, has just 11 students per teacher, while neighboring Chiba Prefecture has nearly three times as many, with 32, according to materials from the education ministry.

The uneven distribution -- along with other education issues such as a lack of access to universities -- presents a further stumbling block to the country's drive to bring in expatriate talent from overseas.

As of May 1, 2020, Japan had an estimated 38,000 children of foreign residents who attended public elementary and middle schools and needed Japanese classes. The central government has allocated about 2,000 language teachers for this purpose across 67 prefectures and large cities.

Each of these areas has an average of 566 students requiring classes in Japanese as a second language, working out to about 18 pupils per teacher. But the actual figures can differ significantly.

Of the 13 prefectures and five cities with more students than the average, Tokyo had the lowest student-to-teacher ratio along with Tochigi Prefecture. Many have far worse figures, making it harder to give children the attention needed for a good education.

The Chiba Prefecture city of Funabashi, for example, has five teachers for more than 200 students. Children at schools with no Japanese teachers are taught by unlicensed outside instructors, or take classes with electronic translators.

More than 40,000 foreign elementary and middle-school students will need Japanese classes in the 2026 school year, according to the education ministry.

While companies are seeking more overseas talent in a globalizing world, foreign workers may be reluctant to move to a country where their children lack the opportunities to make full use of their abilities.

Other countries have better track records.

In Australia, where a welcoming stance toward immigrants has contributed to population and economic growth, schools are required to submit information on the languages used by young students to state education departments. The most populous states send teachers trained in English language education to schools with a certain number of immigrant students.

Countries such as France and South Korea have about 10 students per class in language education for immigrant children, with at least 10 to 20 periods of instruction per week.

There are differences in quality as well. Japan does not require a teaching license for Japanese-language instruction, and those classes are often taught by teachers specializing in completely different subjects, such as home economics. But other countries require certification in language education, or make it a required subject in teacher training.