For Japan's convenience stores, no foreign staff means no sale 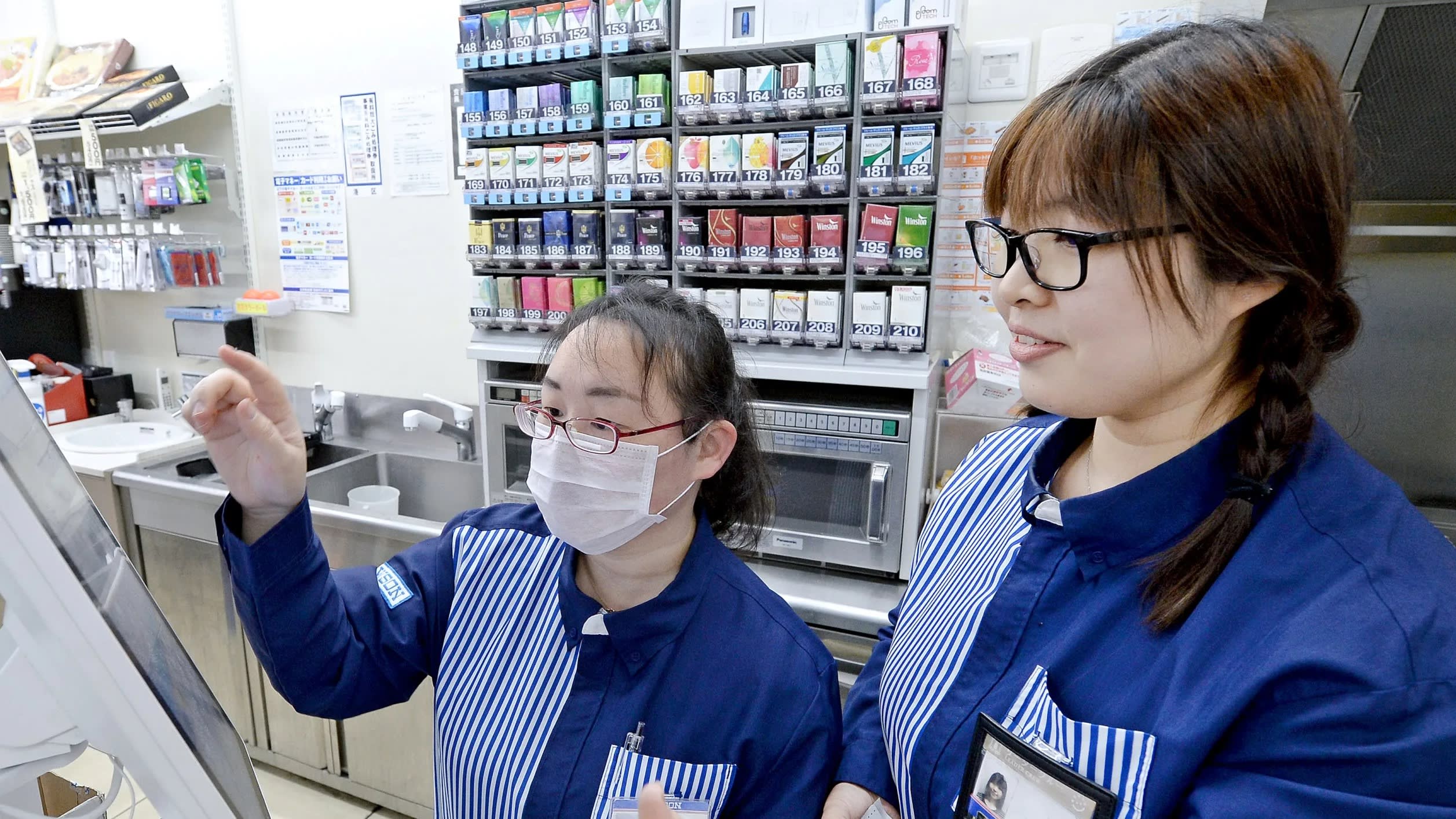 TOKYO -- Restaurants and retailers in Japan can no longer survive without help from abroad. Some severely understaffed convenience stores, among others, have more foreign staff than Japanese.

"Grilled chicken is 10 yen (9 cents) off," chirped an employee at a Lawson convenience store in central Tokyo on a weekday afternoon in late March.

The five employees working the afternoon shift, all Chinese, smoothly handled a range of customer requests at the store, including arranging home deliveries and processing utility bill payments.

Wang Qian, the store's 29-year-old manager is also Chinese. On this day, Wang was busy teaching a new hire how to operate a cash register. Only one of the store's 14 employees is a native of Japan. Wang was hired as a part-timer at the shop six years ago and was promoted to manager two years later. Wang said there were only a few foreign employees when she started, but now there is only one Japanese employee.

Convenience store jobs are unpopular with Japanese because they often involve late-night shifts and performing complex tasks for modest pay. Running a help wanted ad in a magazine for two weeks for a job opening failed to attract a single Japanese applicant, according to Wang.

Foreign workers are less picky. As of the end of March, about 12,000 of Lawson employees were foreign nationals, double the figure from two years ago. That adds up to about 6% of all Lawson employees. At some outlets in central Tokyo, more than 30% of the employees are from overseas.

The share of foreign staff surged at Lawson after the company made it easier for foreign students to work there. Lawson Staff, a Niigata-based unit of the company, sends employees to Lawson stores across the country. It provides foreign clerks 30 hours of training. The company teaches students who are planning to study in Japan customer service and other basic skills at training centers in Vietnam and South Korea.

The influx of overseas workers has forced Lawson to make some changes to the way it does business. New cash registers, for example, give alerts in four languages, including Chinese and Nepalese, when operated incorrectly.

Working at convenience stores is popular with foreign students because it lets them hone their Japanese skills and offers more interaction with customers than, say, working at a restaurant, where employees often take orders using tablets and other devices.

The number of foreign workers has risen rapidly at convenience stores and in other service industries in Japan due to the scarcity of Japanese applicants. Foreign workers often recommend their friends for jobs, pushing the number still higher.

It is not all smooth sailing for these workers. Some clerks from abroad complain of verbal abuse and customers who try to cheat them out of money at checkout. A Ministry of Justice survey in 2017 found that around 30% of foreign residents in Japan said they had been insulted or had heard racially offensive remarks over the previous five years.

However, Wang said that many of her store's customers are supportive and that she enjoys serving them. Some regulars have even invited her to parties in their homes.

If Japan's service industries are to make the most of the foreign talent in their midst, they will have to work hard to prevent discrimination and help overseas workers adjust to life in the country.