Bringing in foreigners to solve labor crunch opens another void 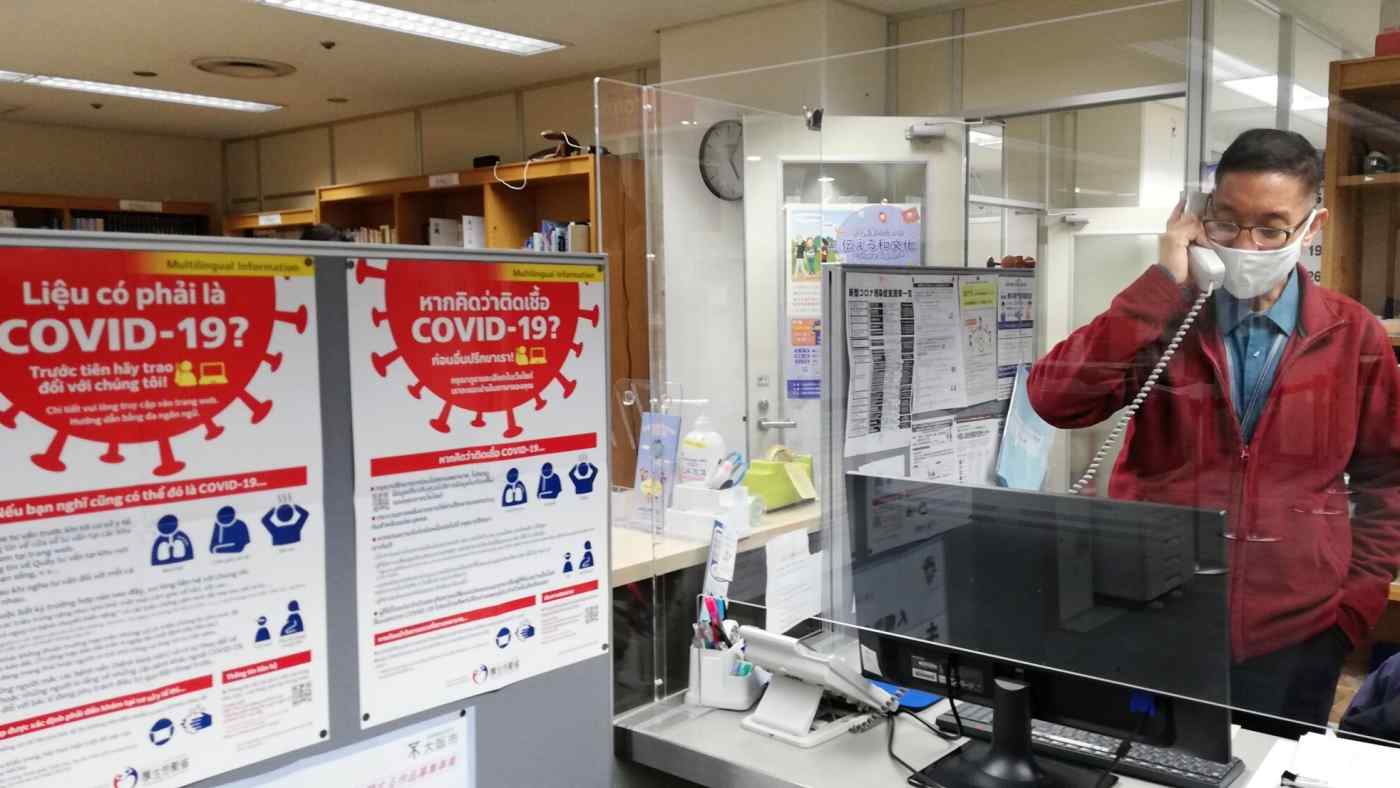 The Osaka International House Foundation in the city of Osaka is finding it difficult to keep up with the demand for Vietnamese-Japanese translators.
KANA WATANABE, Nikkei staff writerDecember 5, 2020 12:12 JST | Japan
CopyCopied

OSAKA -- Phan Bich Chi, a 30-year-old Vietnamese staffer at the Osaka International House Foundation, can't catch a break, literally. There are days when the phone calls never cease for the Vietnamese-Japanese interpreter.

"We have become much busier since this spring," she said. "From time to time, I keep speaking over the phone throughout my eight-hour workday."

A shortage of Vietnamese language interpreters is making it difficult for Vietnamese residents of Japan to receive adequate government and other services.

The problem is a byproduct of the steep increase in the number of Vietnamese residents, a result of the government's push to attract foreign workers to cope with the country's acute labor crunch.

The foundation, affiliated with the Osaka city office, sends interpreters to foreigners or refers them to government offices. Since COVID-19 began spreading, it has been called on to respond to an increasing number of inquiries about health care and employment from Vietnamese residents.

It received 799 inquiries in July, up nearly three times from February. The total included 124 inquiries made in Vietnamese, the third-largest number after those in Chinese and English. In July 2019, when the service opened its phone lines, only three inquires were in Vietnamese.

The staff of Vietnamese interpreters, though expanded in September, will be unable to cope with the workload if the number of inquiries keeps rising.

It is not alone.

Multi-Language Information Center (MIC) Kanagawa, a nonprofit organization in Yokohama, Kanagawa Prefecture, dispatches foreign language interpreters to hospitals in the prefecture. In March, before it began to hold off the service due to the coronavirus scare, it received 45 requests for Vietnamese interpreters. It managed to secure 12.

As the number of Vietnamese interpreters is limited, "we often have no other choice than to turn down requests, even today," a staff member said.

In 2019, the government created a new visa status to accept "specified skilled workers" in 14 sectors experiencing serious labor shortages, such as nursing care, agriculture and construction.

Since then, thousands of Vietnamese, Indonesians and other Asians have made their way to Japan. This year, however, Vietnam reacted to the pandemic by strictly restricting entries, even re-entries, and now many Vietnamese nationals who took jobs in Japan are unable to return home.

The number of Vietnamese interpreters is small because there is a scarcity of second- and third-generation Vietnamese fluent in both Japanese and Vietnamese. Japan's Korean and Chinese communities, on the other hand, have much deeper roots.

Tight public finances make local governments reluctant to hire permanent interpreters due to the limited number of foreigners. Exceptions are governments that have large foreign populations, such as the Oizumi town office in Gunma Prefecture and the Yao municipal government in Osaka Prefecture.

"Local governments depend on volunteers from affiliated organizations or NPOs," said Makiko Mizuno, a professor at Kinjo Gakuin University who is familiar with interpretation services for foreign residents.

The interpreter shortage worries foreign residents. The Osaka foundation often receives requests for advice from foreigners reluctant to visit the Immigration Services Agency or police for fear they will not be understood due to their poor Japanese.

"Interpreters are required to have not only linguistic abilities but also knowledge of technical terms and good note-taking skills. Volunteers may lack the latter attributes, which can lead them to mistranslate," said Minoru Naito, associate professor at the Tokyo University of Foreign Studies. "To offer proper services to foreigners, the government should secure high-quality interpreters through the establishment of a national qualification system and create a mechanism to hire them for appropriate compensation."

Noting the shortage of interpreters in administrative and other public services, Kinjo Gakuin University's Mizuno said, "The government does not have a clear future vision in its policy of accepting foreign workers. While welcoming foreigners as labor, the central government relies on local governments' efforts to help them blend into their neighborhood communities. This cherry-picking approach is not acceptable."

Countries with large populations of immigrants have established mechanisms to eliminate linguistic barriers and offer support.

Australia, for example, has interpreters of various languages available all day and night so that immigrants can receive government services. It also offers English education programs to help them stand on their own feet.

The U.S. and Britain have systems to accredit interpreters for immigrants.

"The number of people from Nepal and Myanmar are also increasing in Japan," Mizuno said. "Improving services for people who use minority languages prevents their social isolation and contributes to the revitalization of local communities."

As online services are possible even in areas where interpreters are unavailable, the use of them is expected to increase.