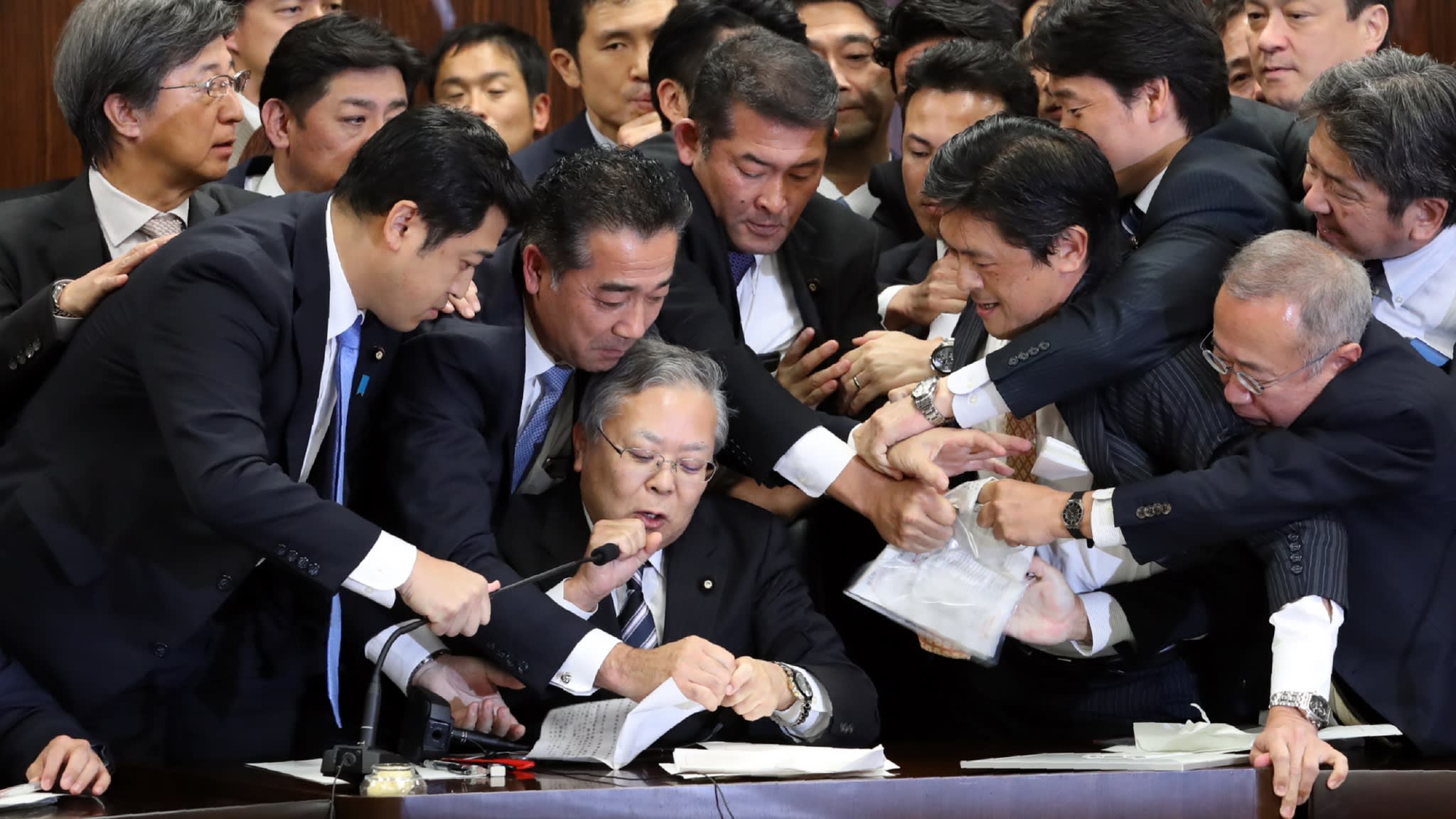 The ruling Liberal Democratic Party and Komeito, with some support from opposition members, pushed the revisions to the immigration control law through the upper house despite protests from the opposition camp. The bill, which had already cleared the lower house on Nov. 27, passed 161 to 76. Prime Minister Shinzo Abe's government plans to launch the visa program in April.

The Japanese government, which has long remained cautious about accepting foreign workers, was swayed by a business sector contending with severe labor shortages. As opposition parties have pointed out, however, challenges remain, such as ensuring decent working conditions and providing adequate language training to ensure that the country can continue to attract foreign talent.

The law will take effect in April 2019 and create two new visa categories. The first status grants residency for five years to foreign trainees who have completed their education or have certain skills and Japanese-language ability. Residents under this category will not be able to bring their families.

A maximum of 345,150 people over five years are expected to receive visas under this category in 14 undermanned sectors, the Ministry of Justice told parliament in November. Specific numbers and industries will be announced within the year. Japan is expected to experience a shortage of about 1.45 million workers in five years throughout the 14 eligible sectors.

The second status grants residency to more highly skilled workers for one to three years and can be renewed indefinitely for long-term employment. Visa holders may also bring their families.

Abe has insisted that the program is simply to address labor shortages and is different from accepting immigrants. The cabinet is expected to adopt basic policy guidelines in December that will let the government suspend the program once the worker crunch is resolved.

But the question remains whether Japan's wages can attract workers from Asia, given that most jobs covered by the new immigration system are relatively low-wage.

Japan's wages are not much higher than those of rivals in the region. Low-skilled factory workers in Tokyo make about $2,406 per month compared with $1,992 in Hong Kong and $1,630 in Singapore.

The government is calling on employers to pay foreign personnel at least the same as Japanese citizens. Concern persists that adding more workers from overseas will lower wage levels in the country. Experts also warn that most workers will seek jobs in Tokyo and other large cities rather than rural areas, where labor is most short.

Caps will be set as a hiring target for each industry and will be used to suspend issuing visas if arrivals surge too quickly. Ministers in charge of each industry will ask the justice minister to make that decision once the cap is approached.

Increasing the number of foreign workers in Japan will also create new challenges, the most pressing of which is the language barrier. Administrative procedures will have to be multilingual, as will those for opening bank accounts and moving. Regional governments will bear the largest burden by overseeing Japanese-language education and offering administrative services.

Japan also needs to work out a testing system to screen applicants for the higher-skilled visa.

Foreign workers will also have public pension contributions deducted from their salaries like Japanese citizens. Unless a system is established to ensure benefits, they may not be able to recover what they contribute.

Most people who will receive the new visa status are already in Japan under the trainee program, which has come under fire as providing cheap labor for labor-starved businesses. There have been many reports of below-minimum wages, illegally long working hours and workplace harassment.

The Constitutional Democratic Party of Japan and other opposition parties tried to block the bill's passage, calling for more time to discuss the problematic trainee program. A Constitutional Democrat lawmaker pointed out during committee discussions that 69 foreign trainees committed suicide or died from workplace accidents from 2015 to 2017.