Japan expects up to 340,000 foreign workers after bill passes 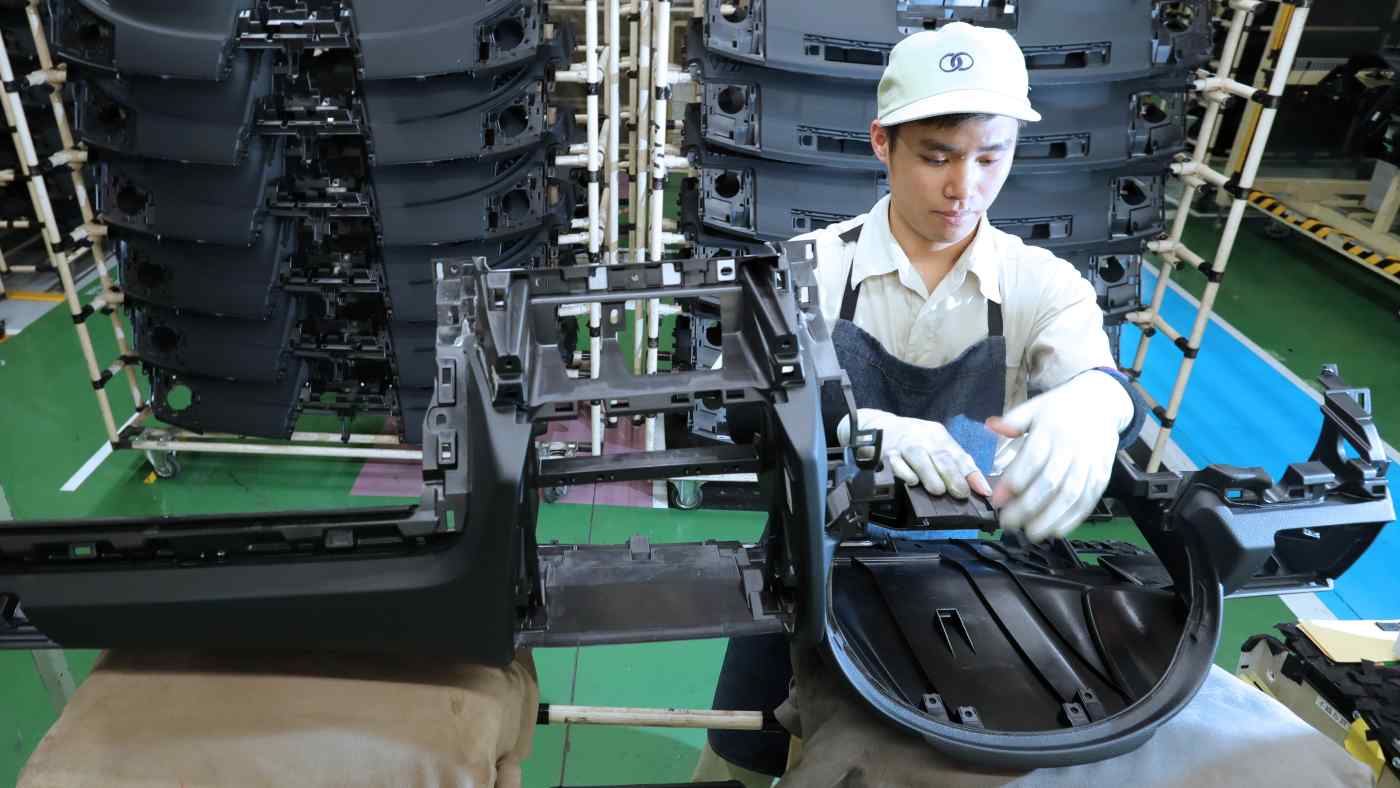 Japanese employers might be able to start hiring more foreigners, like this Vietnamese man who works at an auto parts maker, next year. (Photo by Ken Kobayashi)
Nikkei staff writersNovember 13, 2018 16:36 JSTUpdated on November 14, 2018 00:46 JST | Japan
CopyCopied

TOKYO -- Between 260,000 and 340,000 foreign workers could enter Japan over the five years starting in fiscal 2019 if a planned amendment to the immigration control law passes the Diet, according to a government estimate seen by Nikkei.

The number includes 33,000 to 47,000 who are expected to arrive in fiscal 2019, if the amendment to the Immigration Control and Refugee Recognition Act passes Japan's parliament next month, a government official said.

The government will release estimates broken down by industry "in the coming days" to facilitate the debate on the amendment, Prime Minister Shinzo Abe said.

These estimates will be treated as a cap, according to Abe. "Barring a significant change in circumstances, we won't accept workers beyond these levels," he said.

The lower house of the Diet began deliberating the draft amendment on Tuesday afternoon, with Abe attending. The Liberal Democratic Party-led ruling coalition wants the lower house Committee on Judicial Affairs to take up the matter more substantially as early as this week.

Opposition parties have asked the government to show its estimates of how many foreign workers the amendment could lure to Japan. The government is getting ready to respond.

The government will also provide its estimates of how severe Japan's labor shortage will grow. In fiscal 2019, employers are expected to fall at least 600,000 workers short of what they need.

In the five years beginning next April, the worker shortage is estimated to reach 1.3 million to 1.35 million.

The crunch is expected to hit nursing care, farming and 12 other industries that are already having trouble meeting their labor needs.

The amendment focuses on these industries and calls for introducing a new visa status for foreigners with "specified skills."

The government initially estimated that the amendment would bring in 40,000 foreign workers in fiscal 2019. But the latest estimate, a range with a high end of 47,000, is well short of the initial forecast.

In a prelude to full-fledged deliberations, opposition parties have been questioning how the amendment would impact the jobs of Japanese residents, what kind of public safety ramifications there might be and how wide of a scope "specified skills" would have. These questions have been asked at the budget committees of both houses.

The latest estimates will serve as the basis for debates between the ruling and opposition camps.

Justice Minister Takashi Yamashita on Tuesday told the lower house Judicial Affairs Committee that the government will provide the estimated number of new-status foreign workers Japan will accept in the first year under the amendment.

Ministries and agencies are working on detailed numbers, Yamashita said, and the government will soon release results of the work.

The government also plans to shortly announce estimates of the number of workers expected to flow into each of the 14 sectors, which could affect the overall projection.

Also, some sectors are expected to conduct qualification examinations later than others.

The government expects many of the new foreign workers to become holders of the first-category visa after completing existing on-the-job training programs.

The government will give a detailed account for the legal revision so that the Diet can pass the bill during its current session, Chief Cabinet Secretary Yoshihide Suga said at a news conference on Tuesday, after a cabinet meeting.

The Diet session runs through Dec. 10.

The government is prioritizing the bill and, along with the ruling LDP, wants it passed in the coming weeks.

Said Suga, "We will create the new status of residence to accept foreign workers with certain levels of expertise and skill amid an escalating labor crunch."