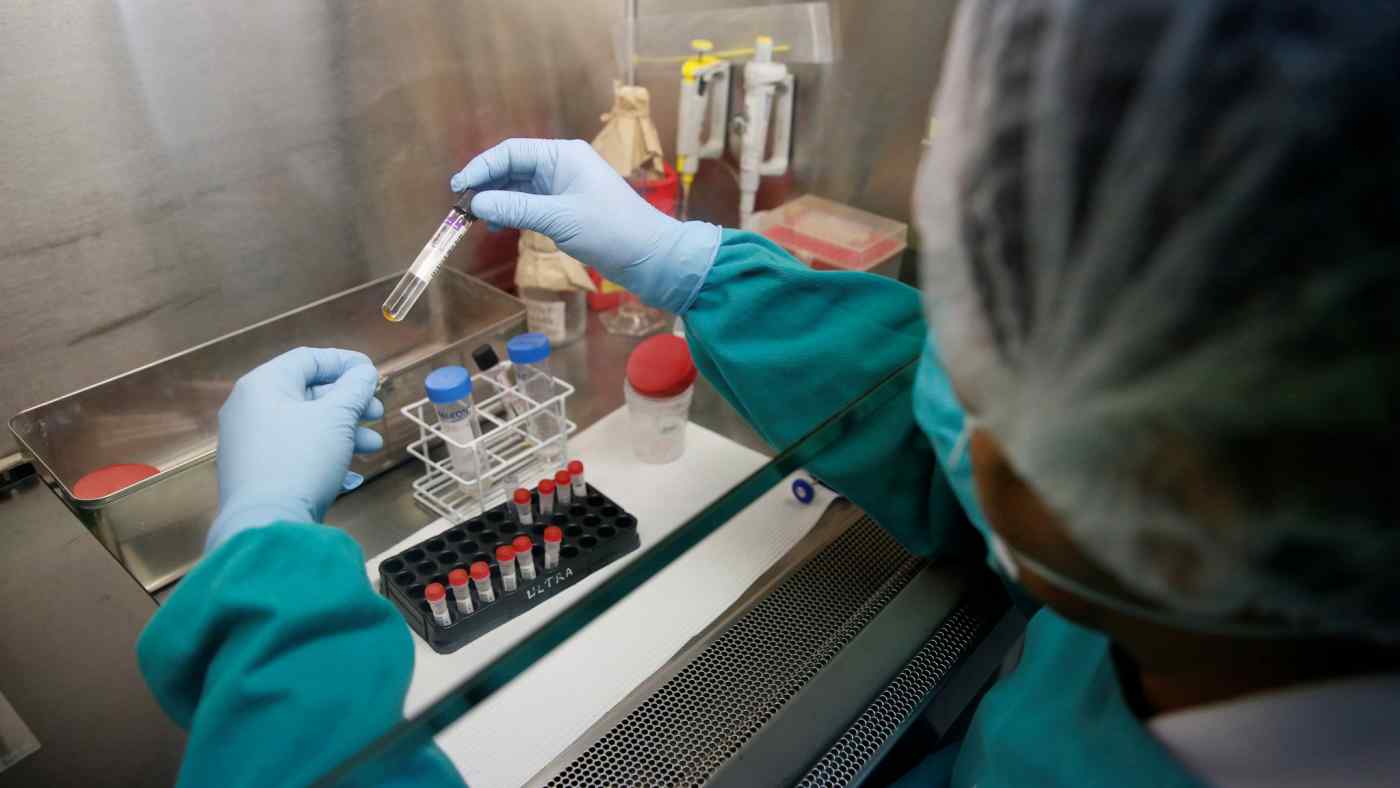 OSAKA -- Japan is scrambling to address a surge in tuberculosis cases among foreigners, prompting a new policy requiring proof of non-infection from visa applicants from China, the Philippines and four other Asian countries with high infection rates.

TB incidents among non-Japanese increased 40% in the five years from 2012, with 1,530 coming down with the disease in 2017. The rise corresponds with an increase in foreign residents, which reached a record of roughly 2.63 million at the end of June last year. The percentage of TB patients in the total population is also on the rise, reaching 9% in 2017.

A physical checkup for foreign trainees on a farm in Kagawa Prefecture in April last year revealed a white shadow in a chest X-ray of a 20-something woman from Laos. Further tests confirmed a diagnosis of pulmonary TB. Eleven other people, mostly fellow trainees, were also infected with TB bacteria, with two showing symptoms.

The woman had some early signs of TB when she was in Laos, including coughing, but came to Japan in February 2018. Kagawa's prefectural health office treated her along with the two others with active TB, while deciding to keep tabs on the group with latent TB for two years.

A language school in Tokyo's Itabashi Ward experienced a bigger outbreak. A 19-year-old student, who had experienced a persistent cough since the end of 2017, was first found with an infection at a checkup in January 2018. Other students, as well as some teachers, were subsequently found to have been infected, bringing the total to 54.

At least 13 of them became sick. "It is almost impossible to determine how the male student was infected," said an official in the Tokyo Metropolitan Government. "He came to Japan in 2016 and went back home after being hospitalized here for a while," the official added.

To prevent such outbreaks, Japan will require prior screening for people from six Asian nations that have high infection rates. Those who look to stay in Japan for three months or longer must attach a doctor's note to visa applications. Tokyo plans to introduce the requirement as early as the fiscal year that begins in April.

People who arrived from those nations account for about 80% of the foreigners that develop the disease, the ministry says.

Japan's border control laws prohibit entry by TB patients. But identifying them is a tall order because patients in the early stages of the disease just show cold-like symptoms. At airports, quarantine officers use thermography cameras to see if any travelers have fevers. "It's a challenge to detect all people with active TB," said a quarantine official.

"Many foreign people may not notice their symptoms or hesitate to see a doctor for financial reasons," said Seiya Kato, the director of the Research Institute of Tuberculosis, an arm of the Japan Anti-Tuberculosis Association. "What's critical is for schools and workplaces to carry out routine physical checkups and make sure people know about TB."