Osaka leads on services for international clients with 24-hour interpretation 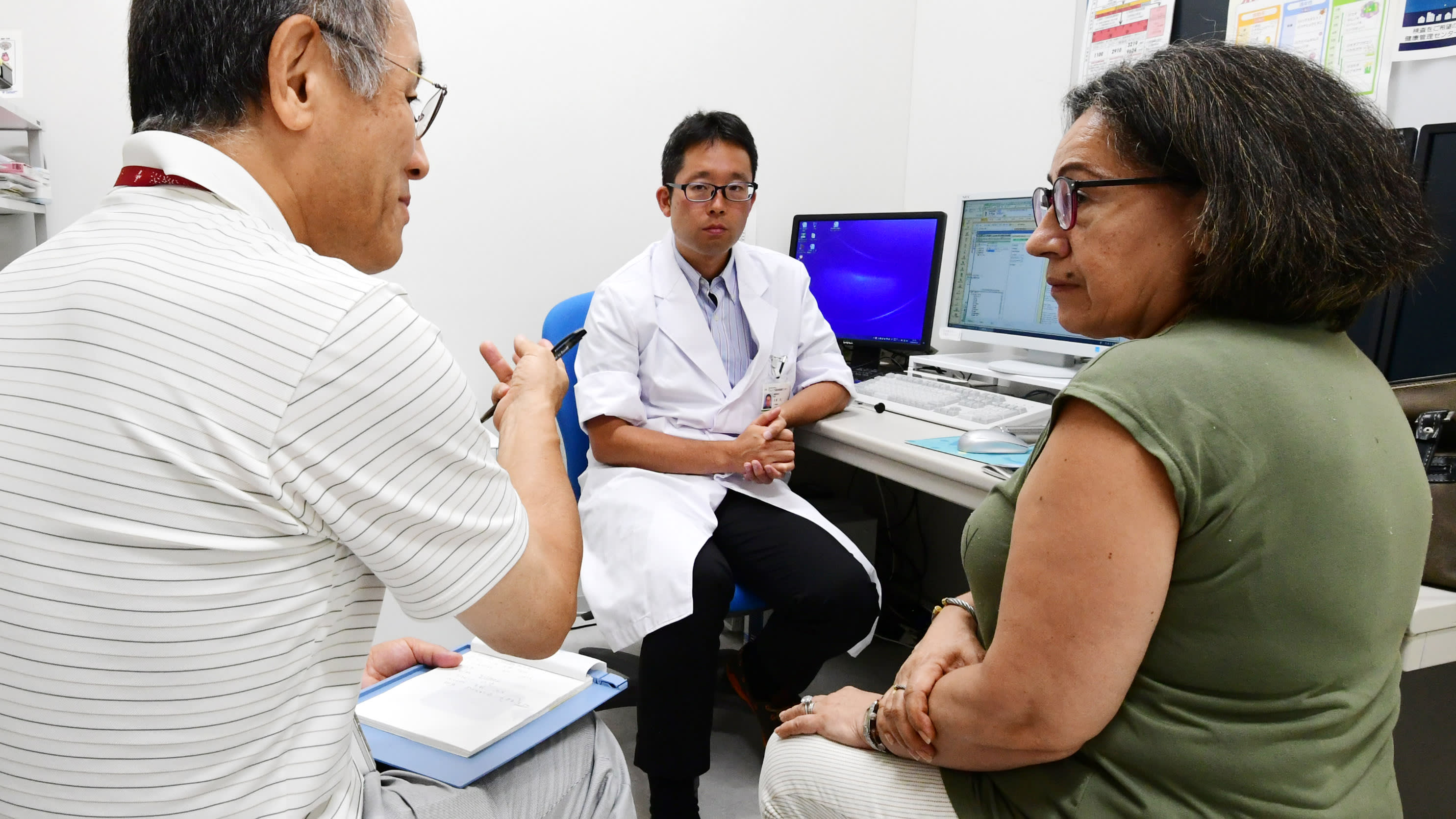 OSAKA -- Henry Tanaka, a Colombian of Japanese descent, has been living and working in Japan for 20 years but has never become fluent in the local language. Hospital visits were always a challenge as he did not quite understand what the doctors were telling him.

But that changed after he found the Rinku General Medical Center, a hospital in Izumisano, Osaka Prefecture, with a special outpatient section for foreign nationals and Spanish interpreters on call.

"Now I can relax as I can understand doctors' questions and explanations clearly," said the 62-year old Tanaka, who visited the general hospital in mid-August to receive treatment for high blood pressure.

As more people come to Japan for leisure and work, medical institutions are hiring more multilingual staff to meet their needs. Local governments are also helping by assisting hospitals in resolving problems with foreign patients.

Japan hopes to attract 40 million overseas travelers next year, when Tokyo hosts the Olympic and Paralympic Games; by 2030, it wants to raise the figure to 60 million.

But out of 5,694 hospitals surveyed by the health ministry in 2018, only 3.1% had a dedicated department for non-Japanese patients, or special staff to assist them. Just over 4% of the hospitals had interpreters on site and only 1.7% had patient coordinators.

In March, Rinku General opened an outpatient clinic for non-Japanese patients. Internists examine patients with the help of interpreters and refer them to other departments if specialist care is needed.

The clinic is part of the hospital's international care department, which has 13 interpreters specializing in English, Chinese, Spanish and Portuguese, to assist patients with examinations and other procedures. Medical questionnaires are also available in four languages.

The hospital, located about 7 km from Kansai International Airport, has been offering emergency care to foreign tourists with the help of medical interpreters and doctors with foreign language skills. But with the number of overseas patients continuing to climb, the hospital decided to beef up its multilingual services. Creating a section for foreign patients also helps the hospital operate more smoothly, as treating foreign patients often takes more time because of the language barrier.

The same survey found 18% of the hospitals had unpaid bills from foreign patients. The prefecture created the consultation service to help institutions cope with payment problems and other issues.

"Osaka sets a good example for other municipalities to follow," said Serina Okamura, an associate professor at the International University of Health and Welfare. "It is important for the central government, municipalities and the private sector to join hands to help hospitals improve their services," she added.

Osaka is not alone in trying to make medical care more accessible to non-Japanese residents and visitors. The Tokyo Metropolitan Government has also made it easier for such patients to seek help in their own language.

Eight hospitals run by the metropolitan government and related corporations have been accredited for the quality of services offered to foreign patients, including multilingual assistance.

The Japan Medical Education Foundation in 2012 started a certification system, called the Japan Medical Services Accreditation for International Patients, to evaluate hospitals based on the quality of medical information and services rendered to non-Japanese patients.

The Tokyo Metropolitan Government plans to have all its hospitals obtain the certification.