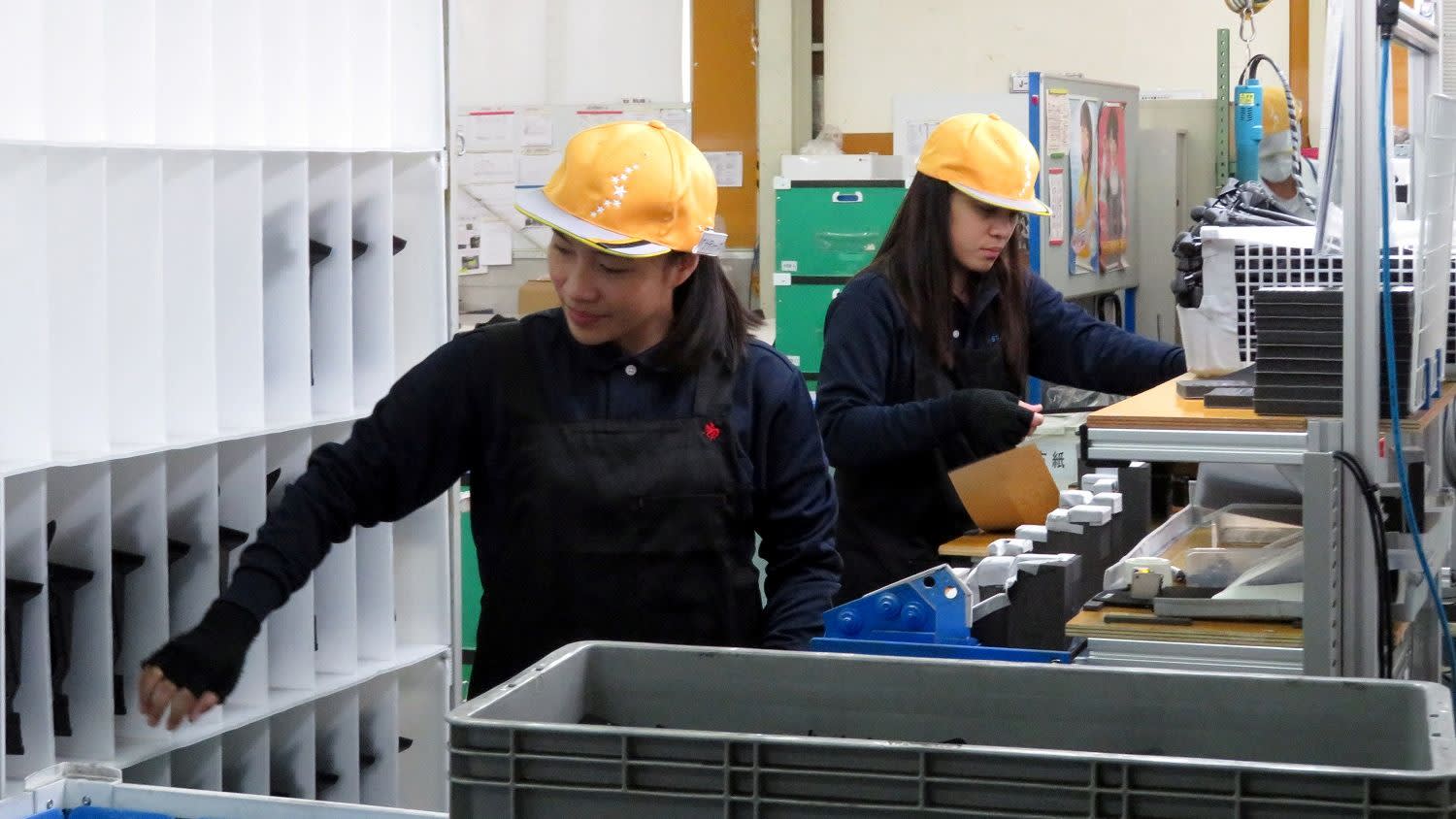 A Filipina worker with her fellow trainee at an auto parts plant in western Japan's Hiroshima Prefecture. The Japanese government wants to ensure that foreign talent is not all concentrated in large, relatively high-wage cities like Tokyo.   © Reuters
KOYA JIBIKI and SHUNSUKE SHIGETA, Nikkei staff writersDecember 18, 2018 06:24 JST | Japan
CopyCopied

TOKYO -- The Japanese government will encourage foreign workers coming in under a new visa program to spread out into outlying areas rather than congregate in the largest cities, according to a proposed policy package shown to a ruling party committee Monday.

The hotly debated visa program, passed by the parliament this month and slated to launch in April, leaves Japan with the question of how to handle an influx of people from countries with different languages and cultures. Tokyo hopes to create a system that benefits both foreign workers and the businesses and communities that take them in.

The government will take steps to ensure that foreign talent is not all concentrated in large, relatively high-wage cities like Tokyo while outlying areas suffering from labor shortages remain neglected. Measures under consideration include offering regional revitalization grants to municipalities that implement policies on their own initiative to accommodate foreigners.

Increased multilingual support is a focal point of the policy package. The government plans to open around 100 consultation centers where foreigners can seek advice on matters important to them -- such as employment issues and medical and child care -- through interpreters or translation apps.

Medical institutions, police and emergency alert providers will also be encouraged to provide services in languages other than Japanese.

To improve the level of Japanese-language education, the government will step up oversight of language schools and look to make classes available in areas where access is poor. Education for children of foreign workers will be expanded as well.

The government draft fleshes out the visa system to be created under the recent revisions to the immigration control law. The proposal will likely be officially approved by year-end.

The visa program will accept workers from overseas in 14 fields suffering from especially acute labor shortages, including nursing care, food service and construction. The government plans to limit the number of foreigners receiving these visas over the five years starting in April to a maximum of about 340,000 amid concern about the potential impact on Japanese workers if the labor market is flooded.

If changing economic conditions sufficiently loosen labor market conditions in a given industry, visa issuance in that field will be halted. Companies seeking to hire foreigners will have to retain existing employees performing the same work.

The government will monitor employers to make sure that foreign workers are enrolled appropriately in social insurance programs. Medical insurance for dependents will be limited to those officially residing in Japan, in an effort to prevent abuse. Revisions to the relevant legislation will be submitted at the regular parliamentary session convening next month.

The new visas will be limited to applicants 18 and older. Employers will have to avoid labor brokers engaging in such unscrupulous practices as demanding security deposits.

Workers from nine Asian nations will be eligible for the new visas. While the government had initially planned for the deal to cover Vietnam, China, the Philippines, Indonesia, Thailand, Myanmar, Cambodia and one other country, both Nepal and Mongolia were ultimately added to the list. Tokyo aims to sign bilateral agreements with each country by March.

"We want to create a solid basis for implementing the law, using the deliberations in the Diet as a reference," Suga said.

He had urged Prime Minister Shinzo Abe to open Japan's doors wider to foreign workers after learning in the winter of 2017 that beds at nursing care facilities were going empty for a lack of staff to handle the workload. Abe agreed on the condition that the changes would not be considered an "immigration policy" and informed the Council on Economic and Fiscal Policy of the planned shift this past February.

The prime minister's office has its eye on next year's political calendar. Local elections are coming up in the spring, followed by the upper house election in the summer. With the ratio of job openings to applicants now exceeding 1 in every prefecture, Abe's Liberal Democratic Party has seen a sharp rise in petitions to address the growing labor shortage.

Based on these factors, the government soon decided to implement the new visa program in April. Though officials were aware that such haste might invite criticism, the system had to be implemented quickly to get the labor situation under control, the thinking went.