Japan to let some foreign residents back into country in August 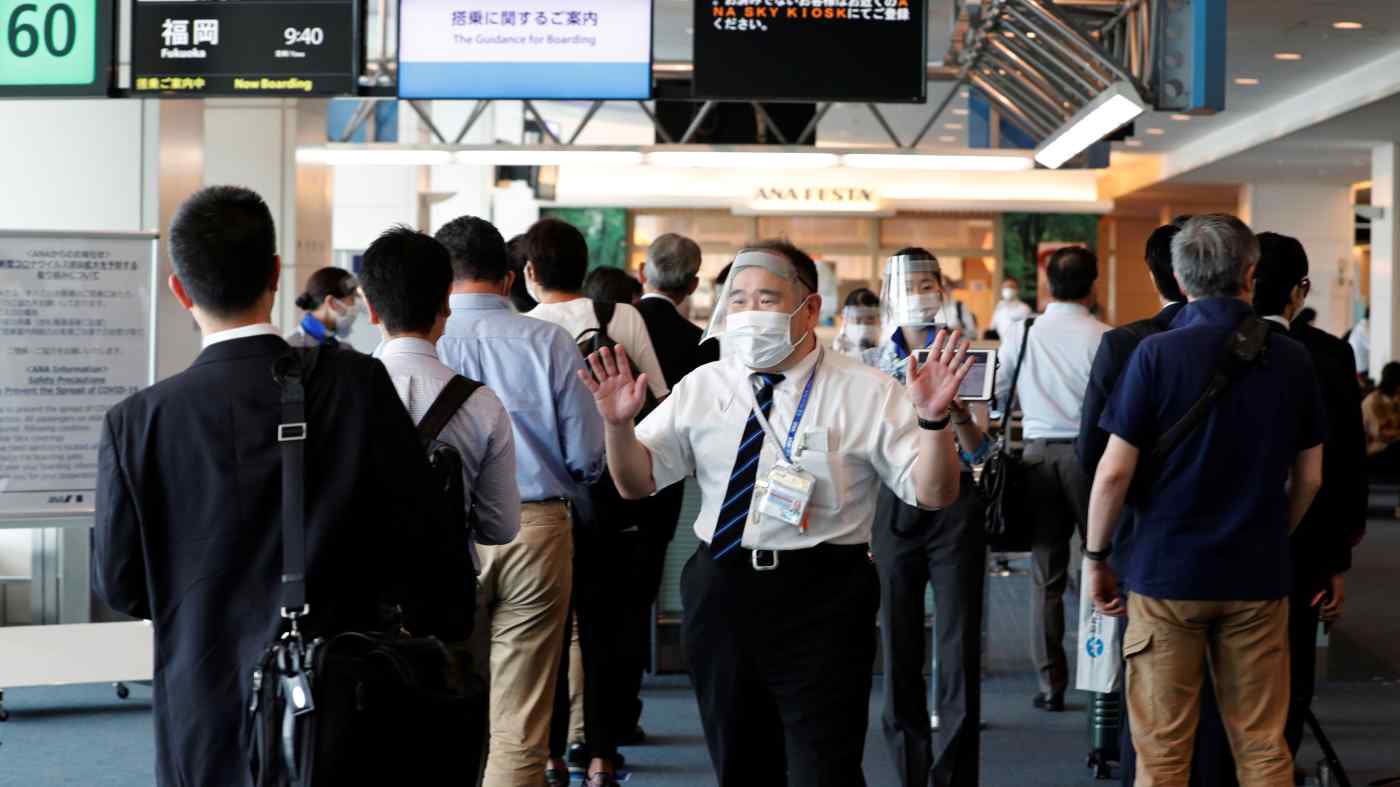 There are 90,000 foreign residents of Japan who have not been allowed back into the country since coronavirus travel restrictions were put in place in early April.   © Reuters
SHOGO KODAMA, Nikkei staff writerJuly 13, 2020 20:51 JST | Japan
CopyCopied

TOKYO -- Japan is planning to start letting foreign residents who left the country before April 3 back in, starting in August.

Some 90,000 residents who left the country before and after that date have been restricted from flying back due to coronavirus measures, but a new regulation will enable some of these expats and students to return.

Specific requirements and the number of re-entries will be determined by Japan's COVID-19 testing capacity.

As of July 10, Japan has been denying entry to foreigners from 129 countries and regions, including China, the U.S. and South Korea. Among Japan's foreign residents, only permanent residents and spouses of Japanese nationals who left before April 3 have been allowed to return.

Foreigners with residence status in Japan are mostly made up of expatriates who work for foreign companies, international students and technical interns. Some companies are currently having to make do without a number of their highly skilled employees. Other companies, many in industries that face an acute labor shortage, had been getting by with technical interns.

Allowing these workers to reenter would help to mitigate some of Japan's economic issues.

There are several status classifications that Japan gives to foreign residents. They range from workers in highly specialized occupations to students, from medical care givers to workers with specific skills.

Relevant ministries will have a say in deciding which classifications are prioritized. Decisions will be based on industry demands and numerical targets.

In addition, it is expected that foreign residents of Japan now in countries or regions with few COVID-19 infections will be among the first to get the green light.

Japan is in talks to resume business travel with Vietnam, Thailand, Australia and New Zealand. Similar negotiations are about to begin with China, South Korea, Taiwan and Brunei. Residents now in these countries are also expected to be moved toward the front of the line.

Japan's reversal reflects pressure from other countries. Many European nations that have been letting visa holders reenter to conduct business or go to school are demanding Japan do the same.

Japan tightened its borders on April 3, and since then has expanded the number of countries and regions whose citizens it restricts. Foreigners who left before that date will be allowed to reenter, considering they were not informed of the regulatory change when they decided to travel out of the country.

Foreign residents now in countries and regions with low coronavirus case numbers will be put at the head of the line. Restrictions on those who left Japan on or after April 3 will remain regardless of the visa they hold.