Japan to open borders to 10,000 arrivals a day from April 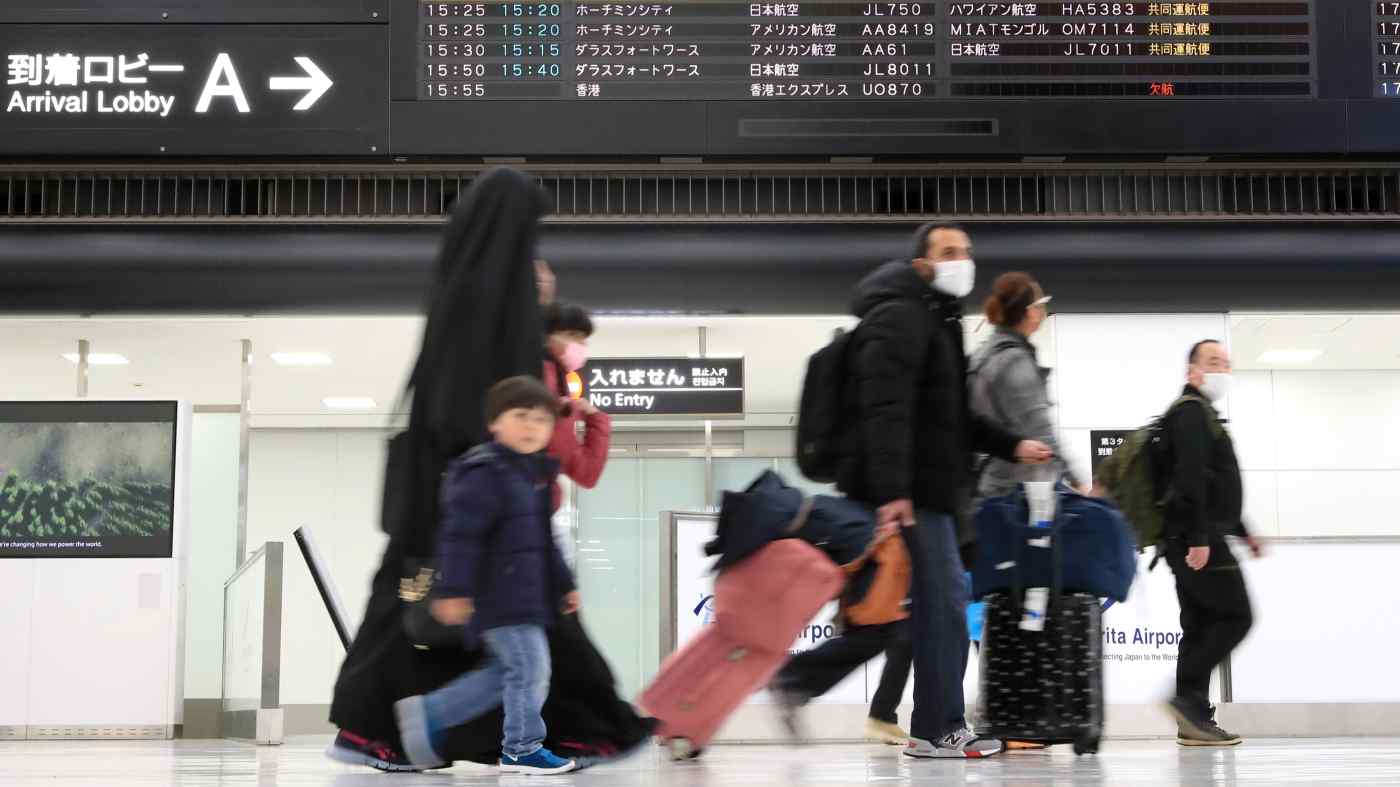 Prime Minister Fumio Kishida has said the government will relax the border control measures, criticized as being too strict, in stages, taking into account the infection situation at home and abroad and border control steps implemented by other nations.

The spread of omicron has been apparently slowing in many parts of the country, and some urban areas such as Tokyo want to have quasi-emergency antivirus curbs end as scheduled next Monday.

Japan effectively banned the entry of nonresident foreign nationals in late November in response to the emergence of the highly transmissible variant.

The government has gradually eased the rules since March and the daily cap on people entering Japan, including Japanese nationals returning from overseas, was raised to 7,000 on Monday. Foreign tourists are still not allowed entry.

April marks the start of Japan's business and school year and demand for travel normally increases at this time of year.

As many foreign students are waiting to study in Japan, the government has unveiled a plan to give them entry priority. Most of them are expected to arrive by the end of May, the top government spokesman Hirokazu Matsuno has said.