Japan to speed up departure procedure for foreign travelers 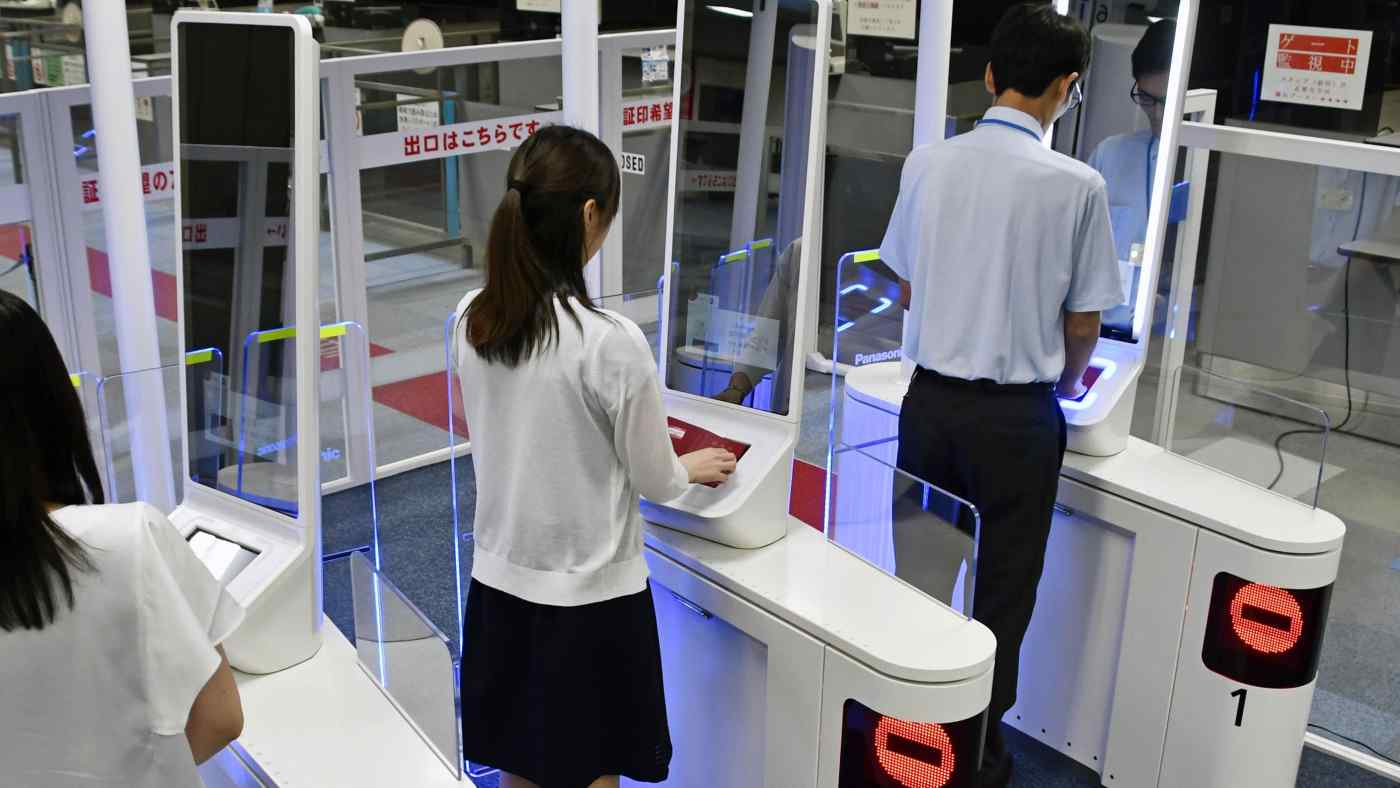 Japan in July will start allowing foreign travelers who have been in the country for no longer than 90 days to use facial-recognition gates at departure hall immigration counters.   © Kyodo
Nikkei staff writersJune 11, 2019 21:34 JST | Japan
CopyCopied

TOKYO -- The lines foreigners have to stand in to depart Japan may be eased -- just a little -- as automated gates will be introduced at airports across the country to speed up immigration checks. As a result, arrival lines might also be shortened.

The gates will use facial recognition technology to identify departing travelers. Faces will be compared to passport photos. The system was originally rolled out for Japanese travelers, but the Justice Ministry has decided to use it for foreigners as well.

As the number of foreign tourists visiting Japan has swelled, immigration counters in departure lounges have been swamped, forcing already anxious travelers to wait in long lines.

Passport control is among several airport choke points. Travelers must also check in, drop off their luggage, go through a security screening, pass a customs inspection and have their passports checked one last time before boarding.

The new technology will free up immigration officers to work in crowded arrival halls.

Although it has been reserved for Japanese travelers only, the automated service has already cut the amount of time foreign tourists entering Japan have to wait. About 80% of the foreign visitors arriving at Narita International Airport, outside Tokyo, in January were able to pass through immigration within 20 minutes, a 4 percentage point improvement from a year earlier.

The ministry will prepare a revised ordinance so that automated gates will start operating for departing foreign travelers as early as next month at airports most ready to handle the system and by March for other gateways.

The system will be initially introduced at Japan's five largest airports. Other airports that already have automated gates installed will also be able to use them for foreign travelers.

Only visitors on short-term stays of up to 90 days will be allowed to use the gates.